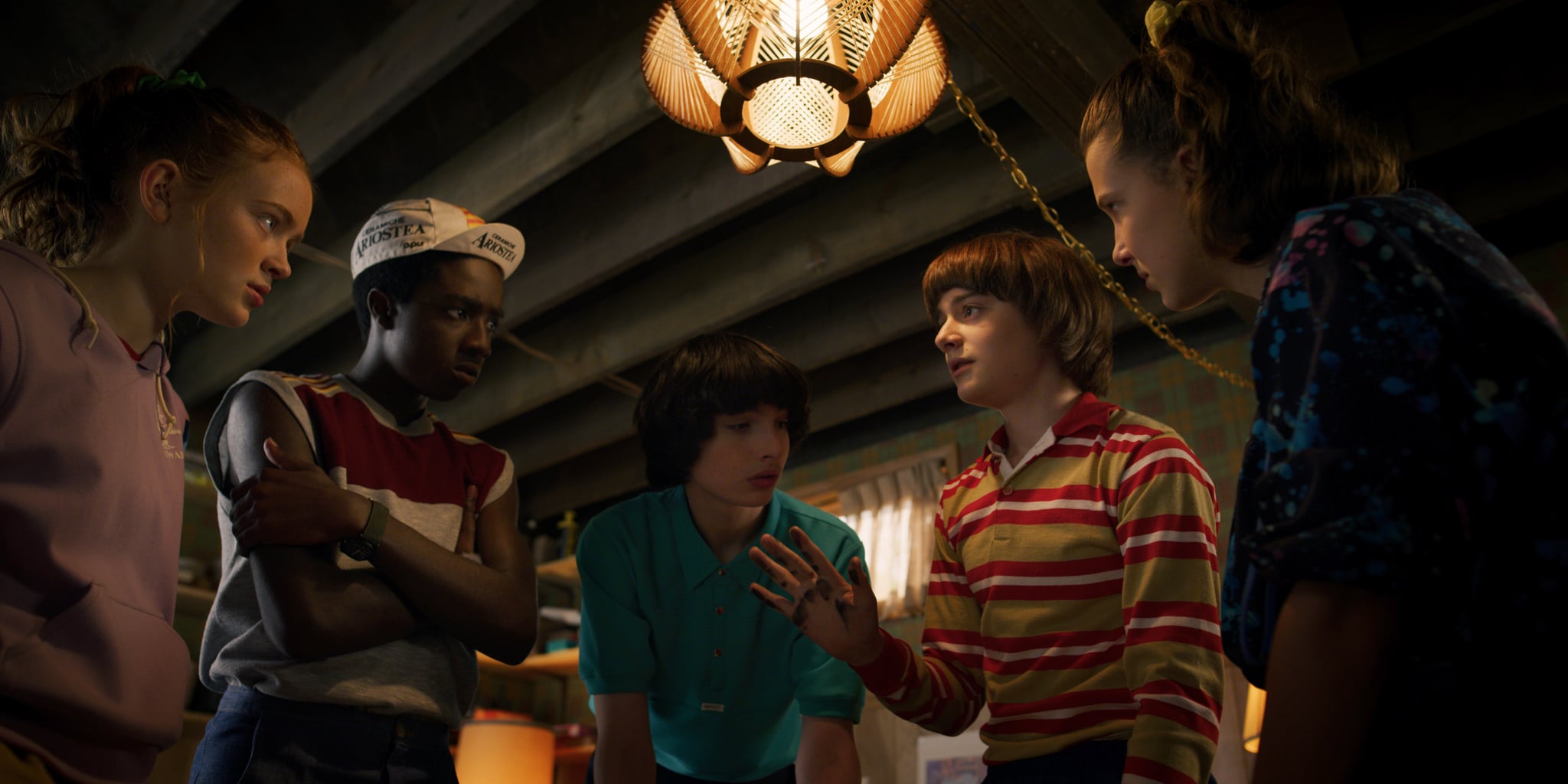 Warning: Spoilers ahead for Stranger Things!

Raise your hand if you alternated between sobbing and cowering throughout the explosive season three finale of Stranger Things! “The Battle of Starcourt” ended the third installation of the Netflix smash hit with a deft balance between emotional development and plot teasing. Taking a cue from the MCU, it even included a special postcredits scene featuring the nefarious Russian villains, keeping us on our toes for a fourth season. If you’re still processing the ending, here’s a quick and easy breakdown of the action-packed, creepy-crawly, and gutting episode. Obviously, there will be major season three spoilers ahead, so read at your own risk — there just might be a Demogorgon around the corner.

The Hawkins gang split up into three groups at the front of the mall, in the base, and next to Dustin’s radio tower Cerebro. They face plenty of obstacles along the way, including Dustin’s girlfriend Suzie demanding a duet and an evil possessed Billy trying to kill Eleven. Hopper and Joyce eventually get the passcode (aka Planck’s constant) to get to the gate-opening machine but then there’s a Russian soldier who intercepts them. But time’s running out for them to seal the gate to the Upside Down. Joyce makes the difficult decision to turn the two keys immediately, and Hopper presumably dies in the explosive process after stopping the guard.

Three months later, Joyce sells her house and decides to leave town with El and her boys. We witness many bittersweet goodbyes — most notably ones between El and Mike and Jonathan and Nancy. El gets the little speech that Hopper wrote up about her and Mike’s relationship, pulling the tears straight from our eyes.

But the postcredits scene! Of course, we have to talk about the Russians in that scene. For a brief moment, we find ourselves in snowy Kamchatka in Russia at a ramshackle prison. Two guards are taking out a prisoner — not the American, one of them says — and dragging him from his cell to a cage with the Demogorgon. The season officially ends with the monster presumably munching on the prisoner.

While the scene is fleeting, it gives us both an inkling of hope and information. When one of the guards noted “Not the American,” it’s not too far-fetched to assume that the said prisoner might be Jim Hopper. Plus, revealing the Demogorgon’s Russian residence clues us in about why the Russians were so keen to open the gate in Hawkins after all this time.

While waiting for actual confirmation that Sheriff Hopper will definitely be back alive for season four, we’ll just be over here munching on Eggos in his memory.