Sustainability is a cumbersome word, changing meaning from one designer to another. But for Pedro Lourenço, the founder of ZILVER, it’s more than a mere byword for making things out of Earth-friendly materials and calling it a day. It’s a 360-degree approach and mindset. From the very beginning of his design process, everything has to be consciously thought out, so as not to stray away from what it means to be truly sustainable — and even then, there’s still work to do.

Lourenço recognizes that his efforts make a difference, but the fashion industry as a whole needs to do more. This ethos can also be applied to the footwear industry, a place that’s close to his heart despite the fact that he strays away from conventional sneakerhead, sneaker designer, or sneaker-wearing tropes.

For someone who only has a few pairs of shoes and rotates them for a few years, and as someone who has sketched shoes for most of his life but seldom makes pairs unless they’re for his collection lookbooks, it’s an interesting choice to pick the avant-garde and utterly daring 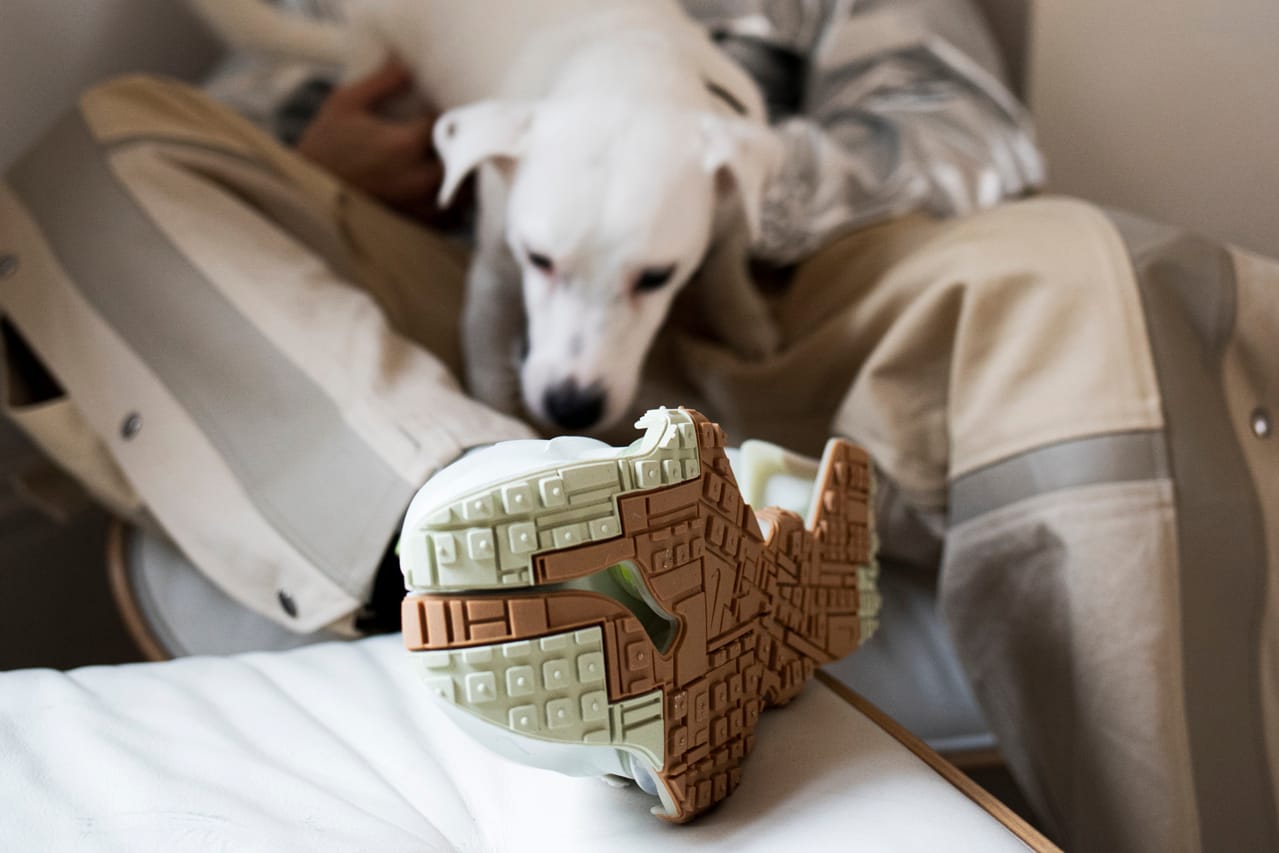 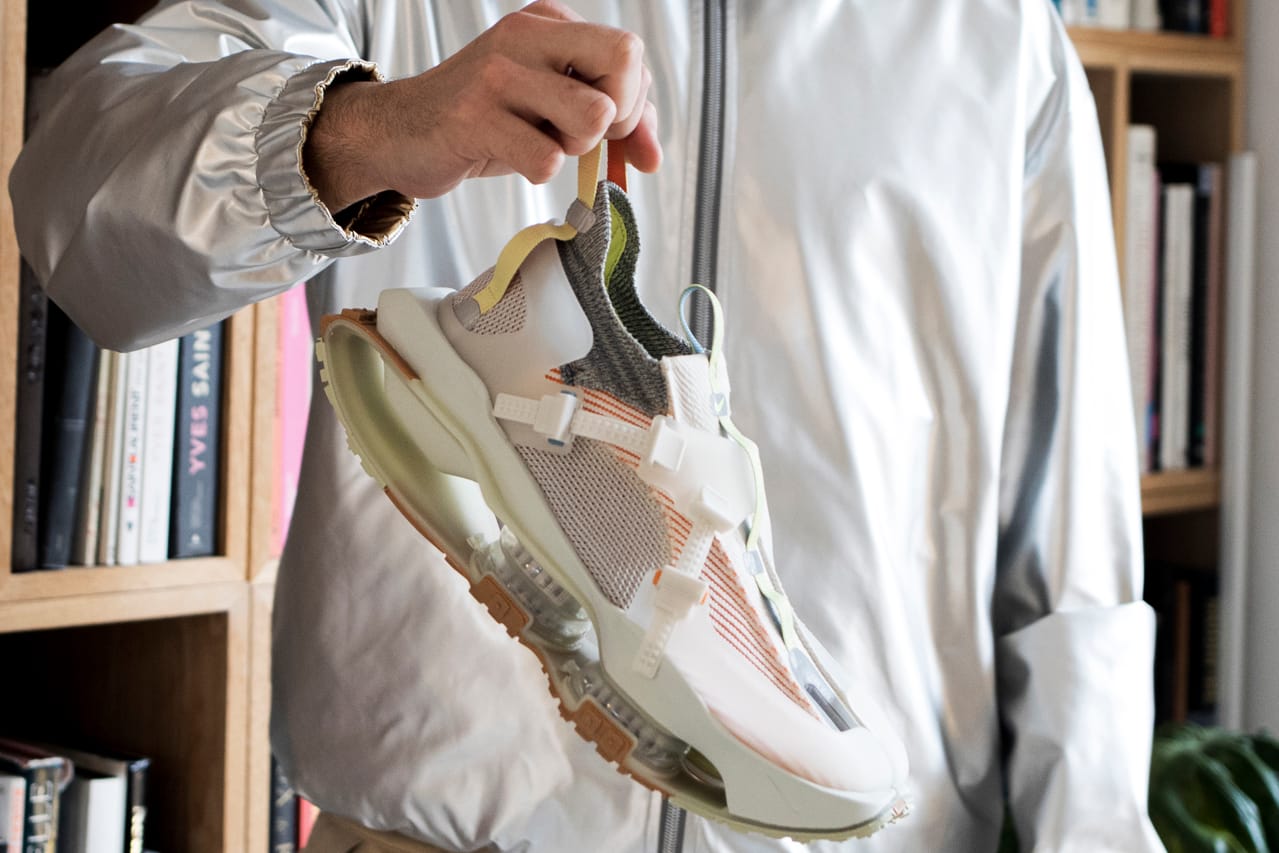 HYPEBEAST: What got you into becoming a fashion designer?

Pedro Lourenço: My parents were designers and I grew up in that industry. From a very early age I was exposed to fashion, I used to travel with my parents to watch shows in Paris, to watch COMME des GARÇONS, Junya Watanabe, Helmut Lang shows when I was a kid… Usually, kids want to be an astronaut or a fireman, I always knew I wanted to be a designer.

I did my first collection for my mom’s second label (it was almost like Prada or Miu Miu. It was a younger brand) when I was [a kid], it was so nice because I was so young, I had no preconceptions — I was creating from a different mindsight. At 19 I did my first show in Paris, so it’s been since my childhood.

Sustainability is a big part of ZILVER. Why is it so important to you?

Being raised in the fashion industry in the ‘90s with parents that were working since the ‘80s, it’s a completely unsustainable mindset of how things used to be. Me doing sustainability was a response, a different value and way of seeing fashion and business.

When I was 16 years old I came to Central Saint Martins, because I had met one of the teachers, and he said that I should do a little project for them and show them what I was doing. It was a project all about sustainability.

His students at the time weren’t thinking of that at the time, so he made a joke to them saying “There’s someone younger than you that’s thinking ahead!” And during my show in Paris, I was working with very traditional French leather — I went backwards I think — and with time, I started to research more about sustainability. I started to question myself and how the fashion industry operates, how it uses resources, the lifecycle of clothes, and that’s how I started to think about ZILVER. 1 of 2 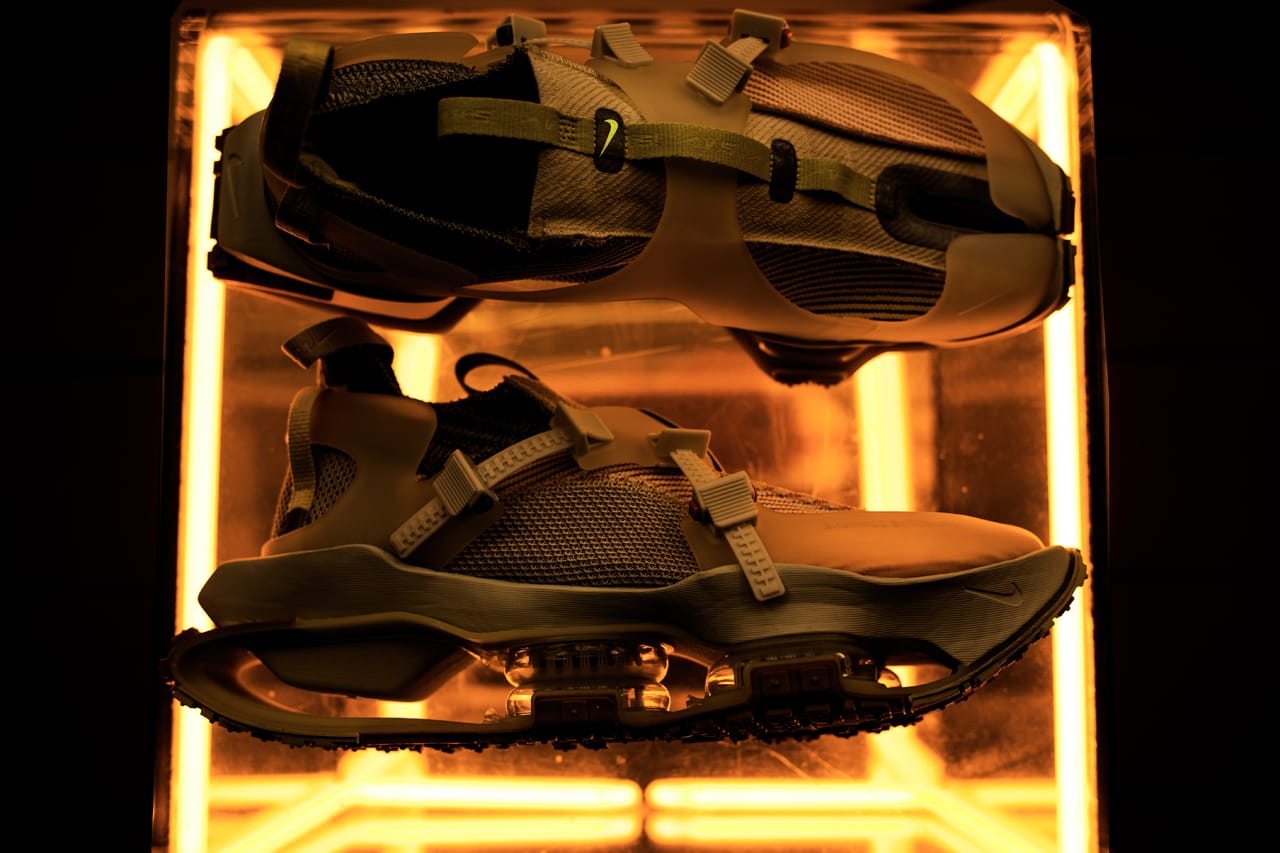 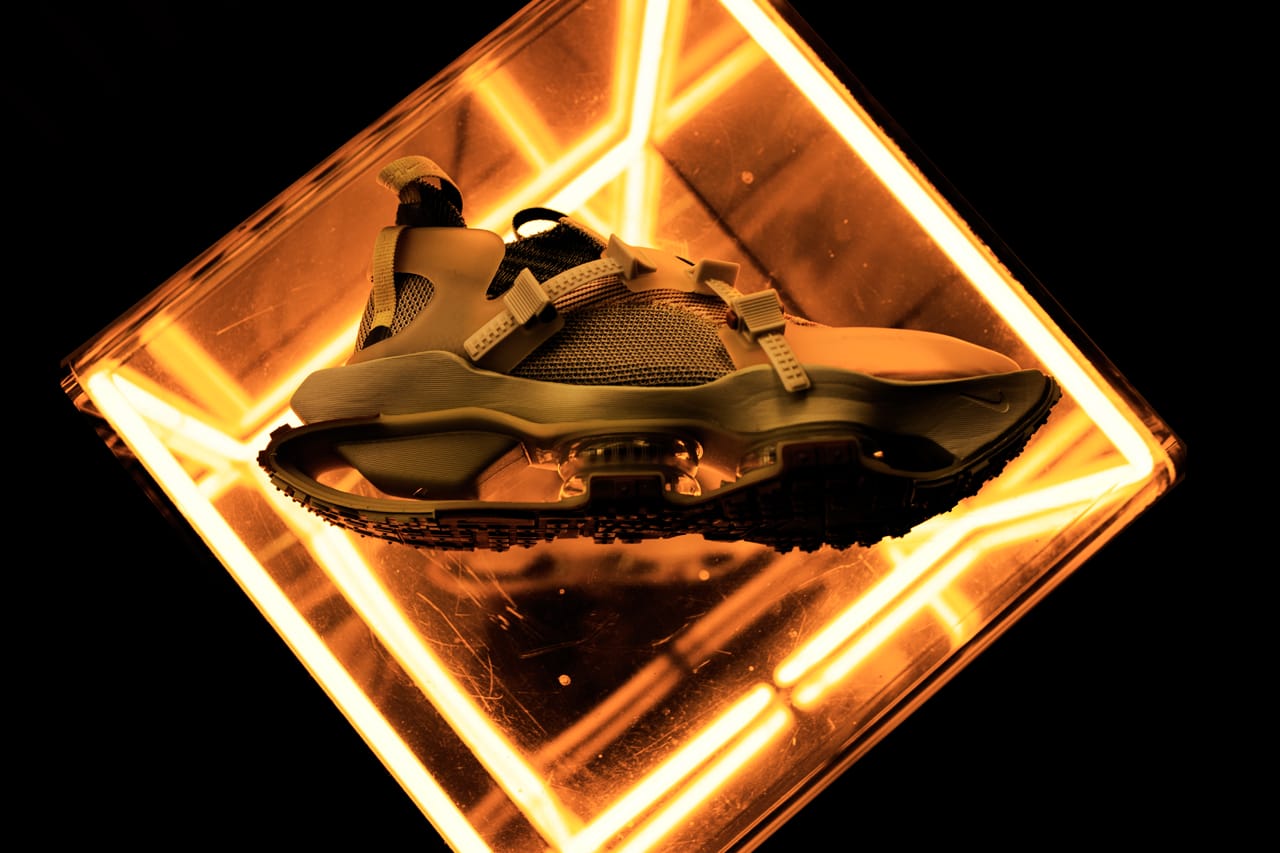 When I was working as a teenager and my early 20s, you know there’d be this disconnection between the runway image and the commercial collection. That was my mindset at the time. But you had commercial pressure happening, and I was doing experimental stuff but I’ve also always been interested in classics. I wanted to create something that had the iconic [clothes] of a wardrobe, but reinterpreted, because I think that’s the way we dress: we have jumpers, jeans, but my whole idea is to make something from the base, and make it sharp and futuristic, while having sustainability behind it.

Before we get into the shoe you’ve picked, what’s your general relationship with footwear?

Normally, when I like a pair of shoes, I will get two or three pairs of the same and that’s all I’m going to wear for a few years. I don’t change them too often and I keep a certain identity in the shoes that I wear at one period of time.

Did you have a moment growing up that connected you to shoes?

When I was in school I used to sketch shoes when I was bored in class. For me, it’s the simplest thing; the easiest thing to sketch is a pair of shoes. When I was working for my mom’s second label, and when I had my own brand, I was sketching shoes.

I love developing footwear, it’s a passion of mine.

And the one you want to put the spotlight on is Nike ISPA’s Road Warrior. Much like ZILVER, these also push boundaries — is this why you chose it?

I wanted them really badly and had seen them for sixth months… What made me so interested in them was the department in Nike that’s developing these. All of the products under ISPA… It’s dedicated to innovation and it’s not focused on the commercial pursuit of things, it’s experimental too and that’s what made me fall in love.

I love that there’s a knitted structure underneath, which is almost seamless, but then you have layers and sharp rubber lines on top of it, and then there’s a Japanese-style toe — the whole harmony and composition is new, fresh, and nothing like we’ve seen before.

We have featured this shoe before in various guises, and people usually pick up on its technical innovations. Do you appreciate the tech, or are you looking at it from a personal designer’s point of view?

What connects the most for me is that it’s coming from an area in a company such as Nike that’s so big, that’s really dedicating time to exploring new ideas. Today, with capitalism and the pressures, so many businesses are doing the same product because it does well, and aren’t giving time to the exploration of new techniques and technologies.

I also like that it’s really sci-fi, and that it’s not got the obvious expectations of something sci-fi as it feels now at the same time. I love how sharp and angular the lines are. The reflective materials… the futuristic buckles that make it tighter to your foot. How soft it is when you walk, I’ve never felt that with a shoe. 1 of 2 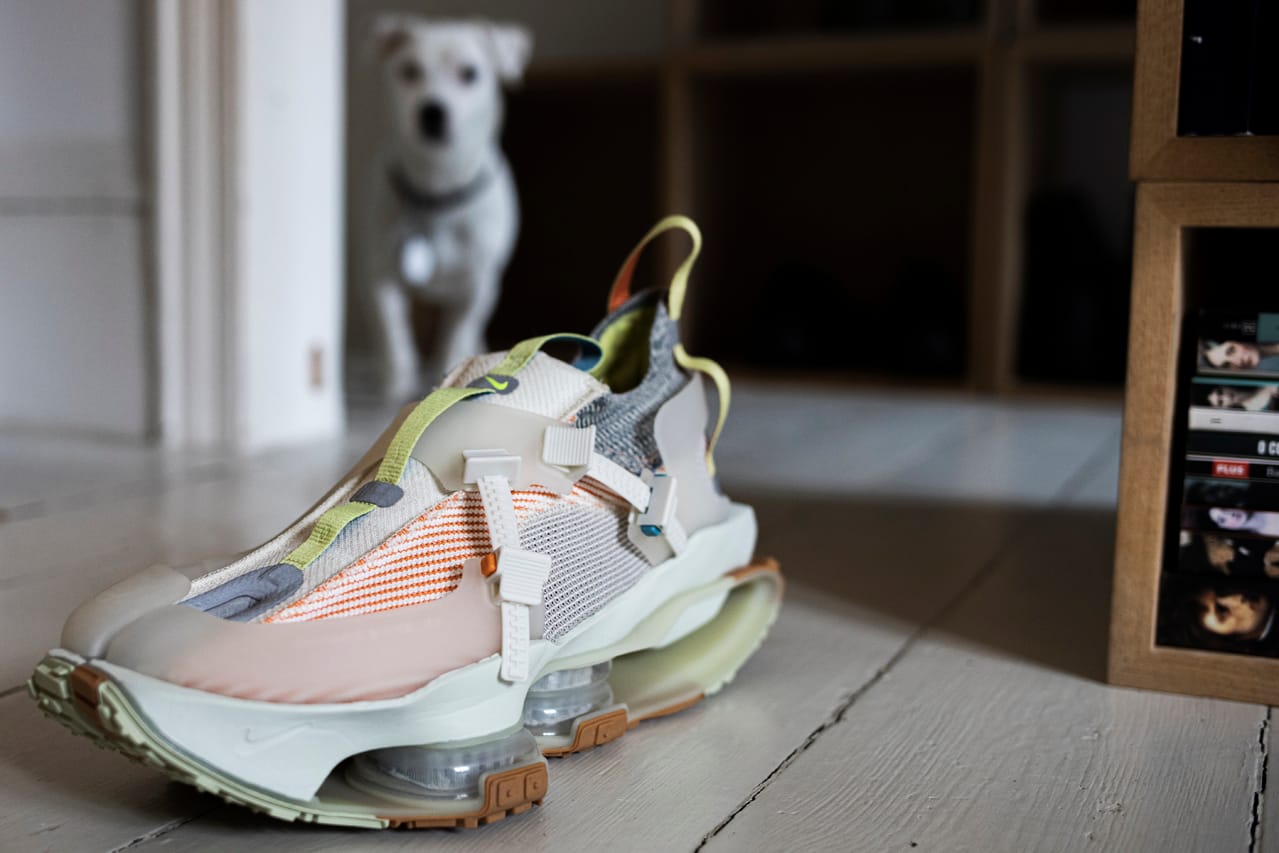 I could see this working well with ZILVER pieces.

Every ZILVER look I put with these makes sense. Sometimes I’m like, “It won’t work with yellow,” but it still works. It’s like an insect, a beast from nature — because of the knit, you have these stripes with colors inside that are like the skin of an insect.

Is there a commercial ZILVER-designed shoe on the cards?

For ZILVER, boots would make a lot of sense. I have ideas in mind but I’m waiting for the right time to launch it. Of course, it’s been on my mind, and I think it would make sense to do some kind of partnership with Nike in the future, we’d be very aligned. Nike is committed to pushing sustainability now, so I think we’d have synergy. It’s all about the right timing; we’ve been defining the look and our best sellers, while also being experimental with clothes and materials to make the ZILVER image clear.

In terms of sustainability, what do you think about the sneaker and fashion industry?

Listen. It’s the result of how the whole world has been living, capitalism, and colonialism. The past generation — the awareness was there, scientists were talking about it — but they didn’t have enough knowledge to understand, it’s something we have pressure [on] to shift quickly. That’s my commitment and what I’m interested in: rethinking the way we do business in capitalism. I think that’s a very important exercise, I think the fashion industry needs to rethink its materials and messaging.1 of 2 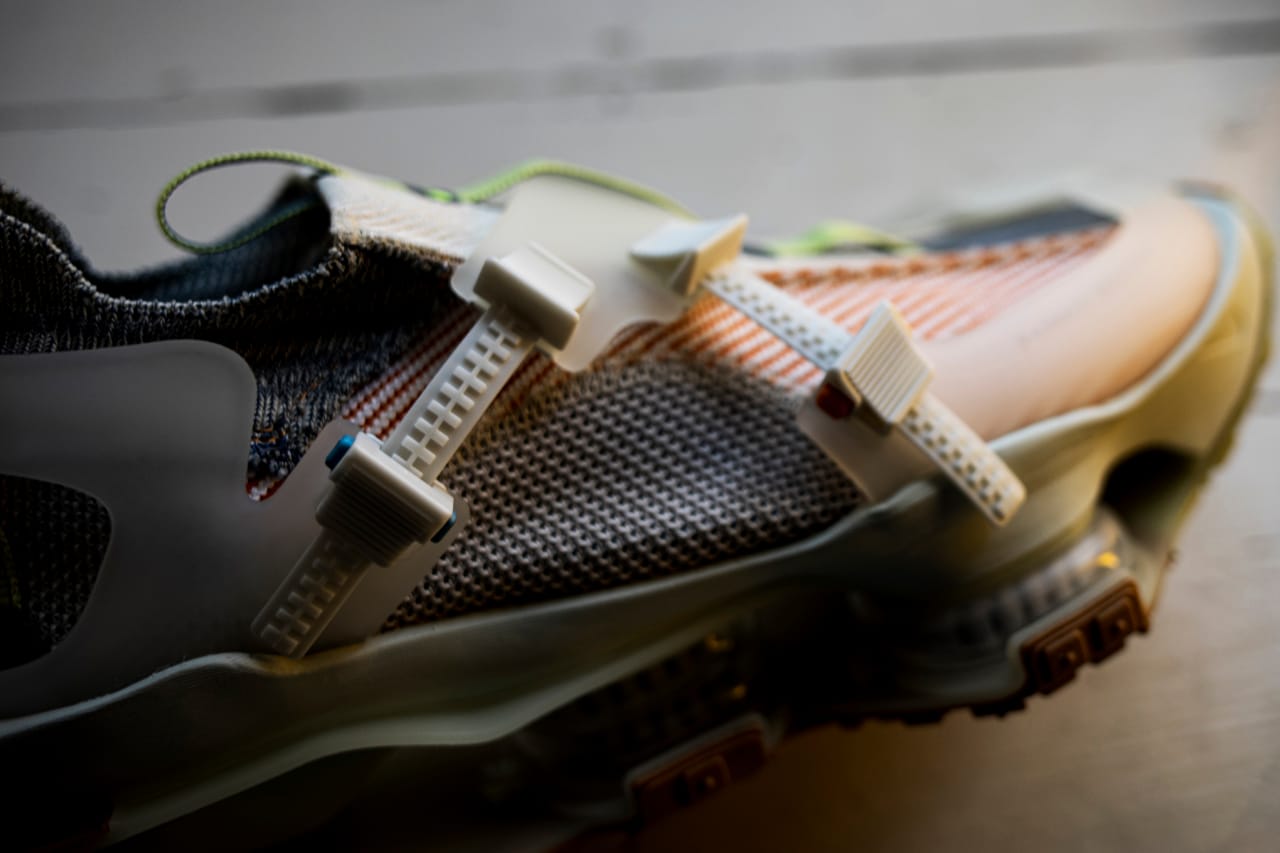 I often find it archaic how luxury fashion is pushing for validation and how very old values of products are status symbols, and that’s also unsustainable — the pressure that the market has created. [I think] we need to change the mindset. I think it’s about changing the mindset behind business, why you’re in business, why you’re doing clothes, that’s what makes a business sustainable or not.

There are people with a genuine commitment to making a sustainable business and products, but there’s a lot of greenwashing and I think that’s very dangerous. A change needs to happen from the roots, not externally. It should happen internally, and then go out.

If ZILVER was to be in the footwear industry, what would you bring and therefore change?

I would like to push [the ideas around] shoe construction, making this from sustainable materials as we do with clothes. It’d be an evolution, taking classics and bringing a sharper design to it, using materials with that have a sustainable origin.

The whole mindset is more harmful, less conscious, of the materials that are used and it’s about understanding all of the materials you use, the decisions you make, and how they [impact] the environment.
Source: Read Full Article