LONDON — Last August, Tom Boucher was among the first in Britain’s theater industry to get back to work, after theaters were closed for months because of the coronavirus.

For six weeks, Boucher, 29, was a lighting technician for “Sleepless: A Musical Romance” a show based on the popular 1993 movie “Sleepless in Seattle.” He felt so lucky to have a job again, he recalled in a telephone interview.

Every day, until the run ended, Boucher went to the Troubadour Wembley Park Theater, where he was tested for the coronavirus before bathing the stage with warm tones to conjure the show’s romantic atmosphere.

But that joy was short-lived, he said. 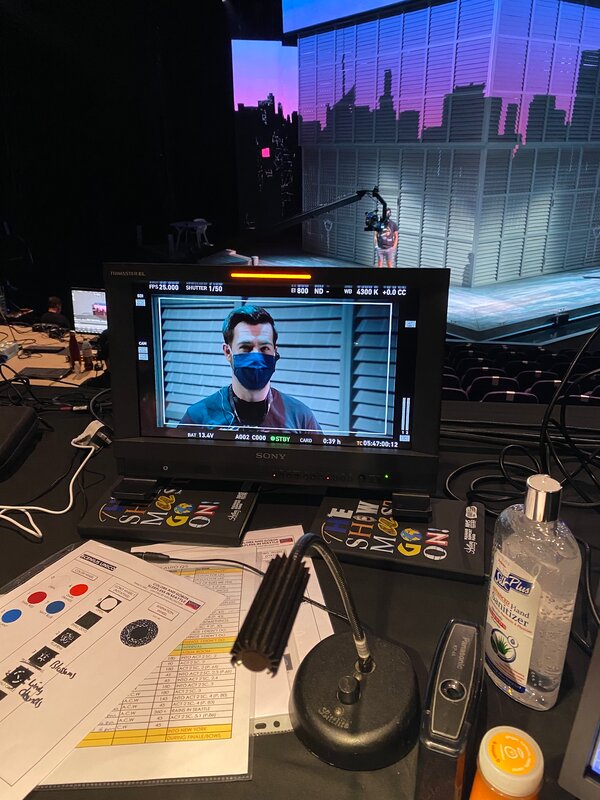 Freelancers — both actors and backstage crew members like Boucher — are the lifeblood of Britain’s theaters, making up an estimated 70 percent of the country’s 290,000 workers in the performing arts, according to UK Theater, a trade body. But that workforce’s flexibility makes it particularly exposed to any changes in coronavirus restrictions.

Facing a new wave of the virus, England on Monday went into a national lockdown again. Theatrical performances are banned for months, and Prime Minister Boris Johnson has said restrictions could last until March 31, which means Britain’s estimated 200,000 freelance theater workers are once more facing financial trouble and looking for ways to get by.

Boucher guessed it would be April, at best, before he could work again in a theater. On Monday, with bills piling up, he applied to the Theater Artists Fund, a body that gives emergency grants to theater freelancers imperiled by the pandemic. He was hoping for 1,000 pounds, or about $1,350.

The Theatre Artists Fund, which was created by the film and theater director Sam Mendes as a response to the pandemic, gave out around 4,600 grants last year in three funding rounds, Eva Mason, a spokeswoman for the program, said in an email. It reopened to applications on Monday and received “hundreds” in two days, she added.

Just a few weeks ago, Britain’s theaters seemed to be on the verge of a triumphant return. On Dec. 5, “Six,” the hit musical about the wives of Henry VIII, returned to the West End, in London, alongside several other shows including a concert version of “Les Misérables.” But then restrictions were tightened in the city, forcing those to shut, and then came the nationwide lockdown — England’s third since March.

According to Freelancers Make Theater Work, a campaigning organization, 36 percent of freelancers in the industry are not eligible for help under the British government’s coronavirus support programs. “I fell through every single possible crack to get government support,” Boucher said.

Another private program, the Fleabag Support Fund, created by Phoebe Waller-Bridge and the producer Francesca Moody, also saw a boom in applications this week. It opens for five days each month to applicants, and has given out 772 grants since April, worth an average £742.

But such generosity only goes so far. In telephone interviews this week, four theater freelancers said they had set up their own businesses to get through the pandemic; another said he was working as a delivery driver; and another said she was relying on a combination of unemployment checks and parental support.

“The situation actually feels worse than March,” said Jessica Howells, a sound engineer who had been working on “Phantom of the Opera” in the West End when the pandemic struck. “Back then I didn’t know anyone who had coronavirus. Now, I know a lot of people,” she added.

Last summer, Howells was laid off, so she started a baking business, she said. She now makes brownies and party cakes that are delivered to customers across Britain. “It’s enough to pay the bills, to survive,” she said. Her partner, also a theater freelancer, now delivers eggs door-to-door, she added.

Ti Green, a Tony Award-nominated costume and set designer, started a business a little closer to her usual line of work, making bespoke women’s wear. She loved still doing something creative, she said in a telephone interview, but was desperate to “get back into a dark theater, where everyone’s working together to create.”

She had no idea when that would be, she said, but added, “I’m trying not to lose hope.”

Moody of the Fleabag Support Fund said she was worried that many freelancers would leave the industry for good. “I do think we’ll lose a large swath to other jobs,” she said. “It’s a real problem for theater, as we’ll have a smaller talent pool,” she added.

None of the six freelancers interviewed said they were intending to change career. One, at least, was trying to channel a new line of work back into something dramatic. Stewart Wright, 46, an actor, said in a telephone interview that last year he started working as a courier to get by. Every Friday, Saturday and Sunday night, he cycled around Bristol, England, delivering takeout.

Bristol has many hills, and Wright can only last four hours on his bike per night, he said, but the experience had inspired him creatively: He was now working on a script for a sitcom, called “Downhill,” about a middle-aged man who loses his high-profile job and ends up as a pizza delivery guy.

Wright had not given up performing entirely, he added. Last month, he co-created a 10-minute Christmas show which he performed, dressed as Santa Claus, on doorsteps in Bristol. (The production was a partnership with the Tobacco Factory theater in the city.) “I suppose I’ve been in this fight or flight mode, where I’m just trying to piece together a living from all sorts of stuff,” Wright added.

He doesn’t expect to get any theatrical work this year, he said, but was trying not to think about that. “I’m not spending energy on asking, ‘When will I get work in a theater again?’ as it’s just wasted,” he said. Wright needed all the energy he could get, after all: He had to get back on his delivery bike.