Take away the hormones, the pheromones, the heat and the dark and the drink (or three). Turn off the flesh and turn on the analytics: Oral sex, at least in the abstract, seems like a pretty weird thing for a couple of bodies to do. 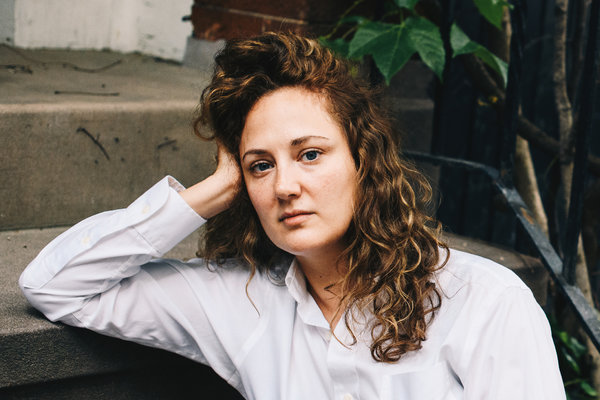 The evening’s early moments, at least after Madonna’s “Like a Prayer” stops playing, have to do with short-circuiting expectations. Ms. Novak bounds onstage in a passion-killer ensemble: gray T-shirt, gray jeans, gray sneakers. Then she walks back the bounding. “I hate a confident entrance,” she says. “I find it crass.” A born overthinker, Ms. Novak rarely seems to have met a word or an action she didn’t want to probe. (That’s the intellectual kind of probe, thank you very much.)

In place of off-color riffs and lewd visual aids, Novak deconstructs the semantics of heterosexual sex. She explains why a penis is not like a snake, why penetration is a misnomer, why we might want to rethink a word like erection. It is, she says, “a bit architectural for what’s going on there. No one’s going in that building. It’s not up to code.” She has thoughts on female genitalia and its metaphors, too: “If someone gave me a bouquet of roses, and one of them looked like my vulva, I’d say I think someone stepped on one of the roses.” Bachelorettes in search of a good time and fewer T.S. Eliot quotations may want to look elsewhere.

Even as Ms. Novak segues into reminiscence, she prefers to cast herself as an observer. Recalling the first time she performed oral sex, she says she found herself wishing she had a second mouth to narrate the attempt: “We are aware of the situation. We are working on the problem, sir! We appreciate your patience.” Her director, the fellow comedian John Early, should probably have told her that the show doesn’t need two climaxes. (Get your mind out of the gutter.) But that’s how she likes it. (Ditto.)

Ms. Novak is a big fan of her own mind. She has a poetic sensibility, she tells us; she is a born orator and, if anything, too articulate. I’d bet that her actual inner monologue is a lot more self-critical, but arrogance is a good look for her. Her body or, as she likes to call it, “a sack of sex potatoes” seems more like an inconvenience. She paces the stage obsessively, tracing the length of the microphone cord as though walking a mandala and clutching the mike close to her chest. Still, she’s clever enough in using a hand, an elbow or her chin when she needs to give a joke a visual boost.

The penis is her ostensible subject, yet there are other stories here: a coming-of-age one, and another about what it means to be the not-so-proud owner of both a sack of sex potatoes built, at least in part, to give pleasure to men, and a brain that finds a lot of the business of sex farcical.

To be a woman “is to be the great American novel baked inside a cheesy crust pizza,” she says. “Whether someone’s hungry or they’re looking to read, either way they’re annoyed.”

Jacqueline Novak: Get On Your Knees
Through Aug. 18 at the Cherry Lane Theater, Manhattan; 866-811-4111, cherrylanetheatre.org. Running time: 1 hour 25 minutes.

Jacqueline Novak: Get On Your Knees

This information was last updated on July 9, 2019