Oscar-winner Reese Witherspoon can make any acting job look effortless, but there’s one role that challenged her so much, she says she had to seek hypnosis.

In a candid conversation for Interview magazine’s summer issue, Witherspoon told fellow actor Tracee Ellis Ross that filming Cheryl Strayed’s “Wild” in 2014 had her “so scared.”

“I was having panic attacks for three weeks before I started,” the 45-year-old actor revealed Tuesday, before explaining what led her to undergo hypnosis.

“There was the nudity, sexuality, and drug-use aspect, but also being alone on camera with no other actors,” she said. “I hadn’t ever been alone in scenes for days and days. There were probably 25 days of the shoot where I had no other actor opposite me. It was just me and a camera and a backpack. I was like, ‘Is this going to be so boring?’”

There was also the personal connection that Witherspoon had to the author behind the book ― and the material itself.

“Cheryl Strayed’s book was so beautiful and sacred to me because it spoke to me so deeply about how we as women have to save ourselves,” Witherspoon added. “There’s no mother or father coming to save us. There’s no spouse. I thought it was radical that at the end of the film, she ends up with no family, no money, no job, no partner, and she’s happy.”

“I don’t know if I’ll ever work that hard again, but it changed me on a cellular level,” the “Legally Blonde” alum said.

While making press rounds for the film for its opening in 2014, Witherspoon told USA Today that she looked up a lot of things on the internet to learn more about her character’s use of heroin.

“I have no experience with any of the drugs, so that was a lot of YouTubing and talking to people,” the actor said at the time. “By and far, the sexual aspects of the character were the hardest for me. I’d never done explicit love scenes and they were awkward. It’s an uncomfortable place to be.” 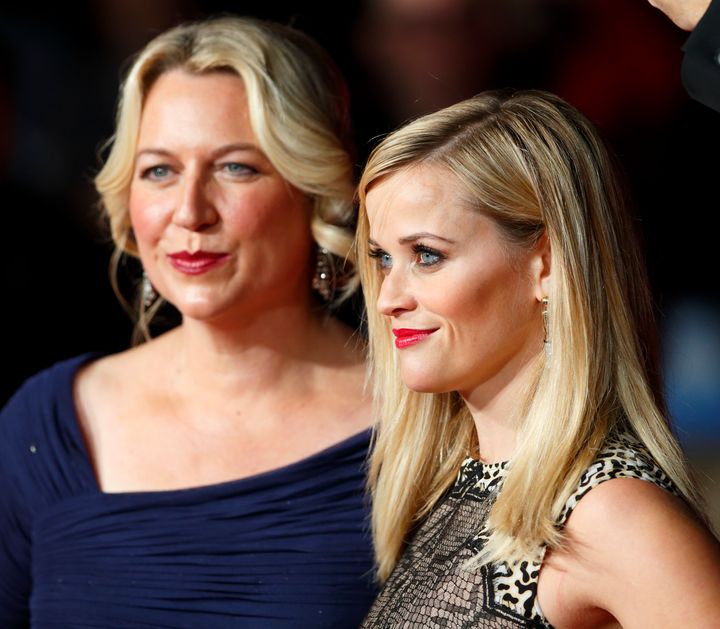 When it comes to stories that Witherspoon is focused on telling now, the actor told Ross she’s gravitated toward “positivity and optimism” in the past few years.

“There’s a tendency to delight in the trauma of women. We see it in the news constantly, and I believe that you can create engaging, deep entertainment without exploiting women,” she said, adding that “at this point in life, comedy is a superpower, so at our company we’re really focusing on comedy.”

“I don’t think things have to be non-impactful just because they’re really entertaining,” the actor added. “Especially after this year, we’re looking to our TV shows and our films to show us a hopeful side of humanity.”