Kim Kardashian’s relationship with Pete Davidson didn’t go the long haul, but it doesn’t seem like it was a bitter split. With their 12-year age gap, it was more about being at two different stages of their lives. With all of the Kanye West turmoil going on, it seems the former Saturday Night Live comedian has been checking in on his former girlfriend.

Calling Pete “a sweet guy,” a source told Hollywood Life that Kim’s grateful they can still be friends.” Even though he’s away shooting Dumb Money with Seth Rogen and Shailene Woodley, the 28-year-old actor made sure to take the time to reach out to Kim. “Pete has texted Kim a few times about the whole Kanye situation because he still cares about her as a person and wanted to check in to see how she was doing,” they added. This move by Pete lines up with what the SKIMS founder said about him on the Oct. 6 episode of The Kardashians. “Pete has the best heart,” she gushed during their dating phase. “I feel like people, they have this, like, idea of him that he dates all these hot girls. And he does. But he’s just the sweetest, most thoughtful person.”

Pete knows all too well what it is like to be on the receiving end of Kanye’s rants. Things got so stressful at one point that he sought therapy to deal with the mental health toll of being targeted by the Yeezy founder. Pete obviously has empathy toward Kim, who also has to co-parent their four kids with Kanye through all of this.

It doesn’t sound like a reunion is going to happen between Kim and Pete, but we at least got a Met Gala red carpet out of them for the memories. And it looks like the former dynamic duo made a solid friendship for life, with no hard feelings in this breakup.

Before you go, click here to see celebrity exes who will always be friends. 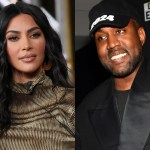 Kim Kardashian & Kanye West Are Reportedly Communicating About Their Children Through a Third-Party, Proving Kim Is Over His Games