One of the most distinctive Patek Philippe watches ever created is being auctioned off as part of Christie’s The Dubai Edit online sale.

Featuring as the star lot of the two week online sale, the watch – which has earnt the soubriquet The Pearl of the Arabian Gulf – is a 18K yellow gold private commission based on a Patek Philippe ref. 2573 from 1958. 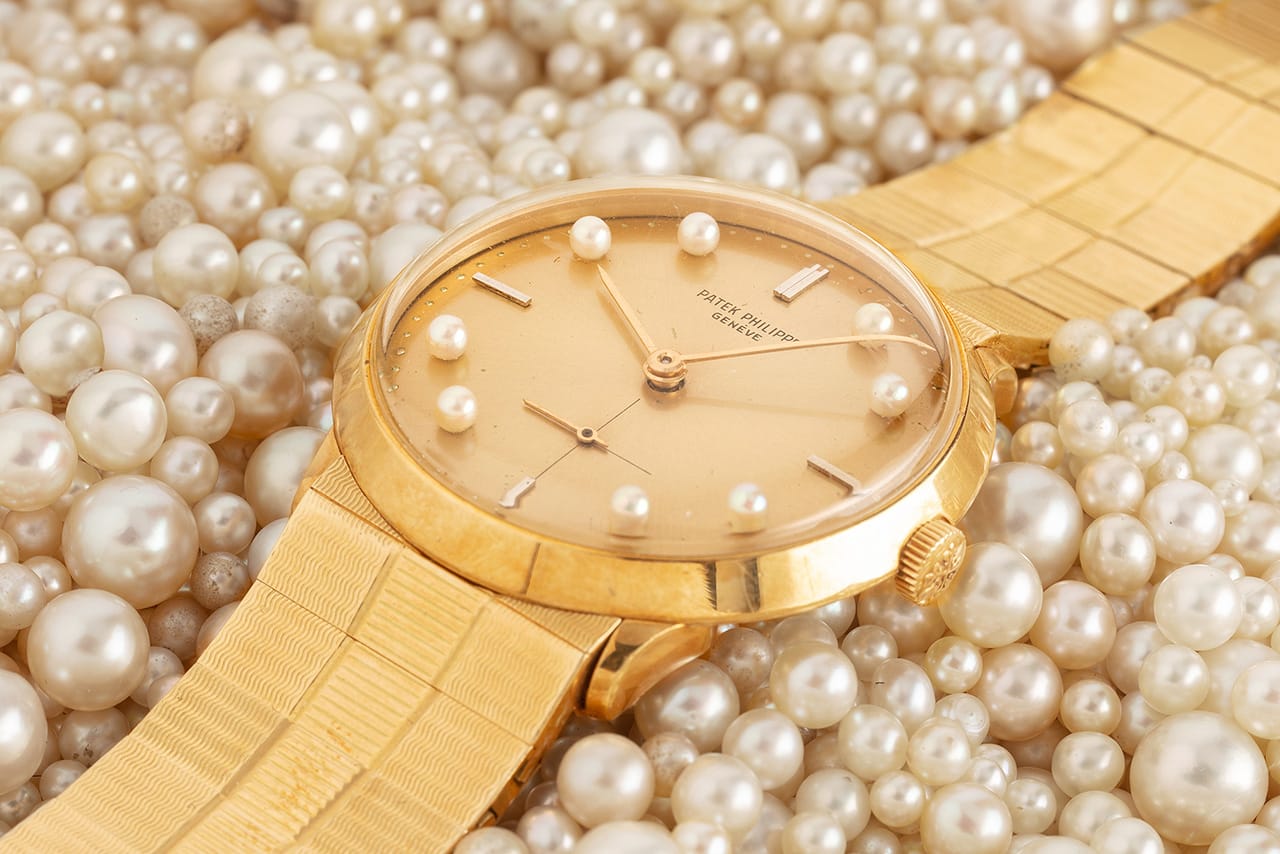 It features a gilt dial and “seed pearl hour markers between the cardinal indices on an exquisite gold bracelet made by Gay Frères for Patek Philippe specifically for this watch.”

The watch is also thought by the auction house to be the forerunner to the “pair of fabled ref. 2573 Pearl of Bahrain watches in rose gold commissioned by the Emir of Bahrain.”

“Both models in rose gold, which surfaced relatively recently were entrusted to Christie’s New York and Christie’s Geneva, respectively, fetching record prices,” says Remy Julia, Head of Watches Christie’s Middle East, India & Africa. “It is thus an extraordinary privilege for Christie’s Dubai to present the elder sister in yellow gold, the most glamourous of the three Pearls, at our special online sale from October 12th to 26th.”

While based on the Ref. 2573 – which at the point of manufacture had already been in production for two years – the Pearl of the Arabian Gulf was modified in a number of ways to accommodate the pearl hour markers, which while considered seed pearls, still sat proud of the dial far more than any conventional hour marker would.

As such the case construction is bespoke with a “taller and steeper” bezel and the hour and minute hands sit on a raised post – with the minute hand curved – to clear the pearls. The authenticity of the watch itself is supported by a Patek Philippe Extract From the Archives.

The Pearl of the Arabian Gulf – which is now on display with other lots in the sale at Dubai International Financial Centre – has been given an estimate of $100,000 – $200,000 USD by Christie’s and bidding remains open until October 26.