There is one thing in Netflix’s new space-focused drama “Away” that fans are finding astronomically hard to ignore.

The show, which is based on an Esquire article by Chris Jones (who was part of the “Away” writers room), centers on astronaut Emma Green (Hilary Swank), the captain of an international, NASA-supported mission to Mars. 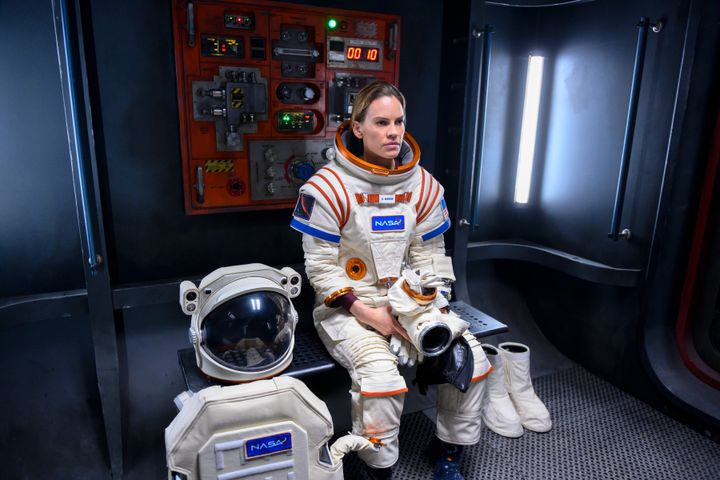 Set in the near future, the series splits the action between the Atlas, the ship carrying Green and her crew to the red planet, and the people they left behind on Earth. There are several scenes in the first few episodes in which Green calls and video chats with her husband, Matt (Josh Charles), and their teenage daughter, Lexi (Talitha Bateman), from a ship … in outer space … headed to Mars.

And the quality of these calls is perfect — no hiccups, no lost connections, not even a screen freezing on someone’s very awkward facial expression.

Despite the amount of research the show did to create a sense of realism — including consultation with former NASA astronaut Mike Massimino — many people on Twitter couldn’t believe how great the cell reception was on the Atlas. Fans sounded off online to express their disbelief and, let’s be real, jealousy.

… The actual reason is still unclear.

HuffPost reached out to NASA and Netflix to get some answers, but they didn’t immediately respond. But when we find out the TRUTH, we’ll update this post.