The Emmy-nominated writer and actress reflected on her early beginnings and on the importance of representing the voiceless in entertainment. 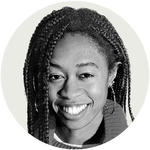 Voting is underway for the 74th Primetime Emmys, and this week we’re talking to several acting nominees. The awards will be presented on Sept. 12 on NBC.

Natasha Rothwell used to be paid in beer at the Upright Citizens Brigade.

During three-minute skits, she would impersonate an agitated therapist or a heckling dog watcher in the brigade’s blacked-out, basement theater in Manhattan’s Chelsea district. It was a raucous, feet-first entry to performing — and provided plenty to drink — for early career comedians looking for a glimmer of recognition or even Hollywood stardom.

Now a decade later, instead of booze, she has received an Emmy nomination for her supporting role as an overworked and underappreciated spa manager in the HBO series “The White Lotus.”

Rothwell’s first Emmy nod for acting is a pivotal moment for someone who had her beginnings on the New York improv stage and has since transitioned into directorial and acting roles with Netflix and HBO. To her, the nomination validates the hard work she has done to help give a voice to people of color who are often expected to keep hidden in the background.

In “The White Lotus,” Rothwell, 41, plays Belinda, who works in the titular resort’s wellness center tending an endless parade of entitled guests, among them Tanya (Jennifer Coolidge), who has traveled to Hawaii to scatter her mother’s ashes. To Tanya, Belinda is a miracle-worker, and she offers to fund a wellness business of Belinda’s own. But by the time Belinda creates a business plan, Tanya’s interest has wilted, and in the final episode she hushes Belinda with a wad of cash.

“These characters aren’t glaringly problematic,” she said. “I mean for people of color our lenses are tuned and we know that it’s clearly problematic. But it’s not your MAGA-hat wearing Karen walking through, throwing privilege around.”

“It’s the nuance of the privilege” as it was portrayed, she added, “that really provoked people.”

The quiet storm churning in Belinda, Rothwell said, reflects the experience of service industry professionals who feel powerless in their position. (Rothwell herself took family photos at JCPenney and worked the drive-through window at McDonald’s before landing the big gigs.) She credits the writer and director Mike White for imbuing her character with tenderness and depth without making Belinda’s struggle the focal point.

“She just wasn’t a prop in other people’s story; she had a drive and a desire,” Rothwell said. “He really highlighted the real experience of Black people in customer service where we can’t say what we think when we think it. We don’t have that luxury.”

At U.C.B., Rothwell poured her heart into every character she played, something her manager, Edna Cowan, recognized immediately. In their first meeting, at Cowan’s apartment, Rothwell expressed her desire to break into the entertainment industry, which began their partnership of more than a decade.

“I feel like I have matches in one hand and dry sticks in the other,” Rothwell recalled having said to Cowan. “And I just need someone to help me make fire.”

More on the 74th Emmy Awards

The 2022 edition of the Emmys, which celebrate excellence in television, will take place on Sept. 12 at the Microsoft Theater in Los Angeles.

Cowan was among the first people Rothwell called after the Emmy nomination. Rothwell peeled from her bedsheets around 9:30 a.m., lurched for her phone — as she normally does — and watched as celebratory alerts overwhelmed her screen. She had made a calendar reminder on her phone to congratulate Coolidge, who was heavily favored for a nomination, but she had not anticipated receiving one of her own.

She thought she was still dreaming.

“I had to catch my breath,” Rothwell said. “It was pretty special.”

As Rothwell wiped tears from her eyes, the two shrieked from excitement, scaring Rothwell’s salt-and-pepper goldendoodle, Lloyd Dobler, a reference to John Cusack’s character in “Say Anything.” Rothwell reminded Cowan of the analogy she had made in their first conversation.

Cowan, in a recent video interview, put it this way: “I think it’s the culmination of many years of consistently good work.” 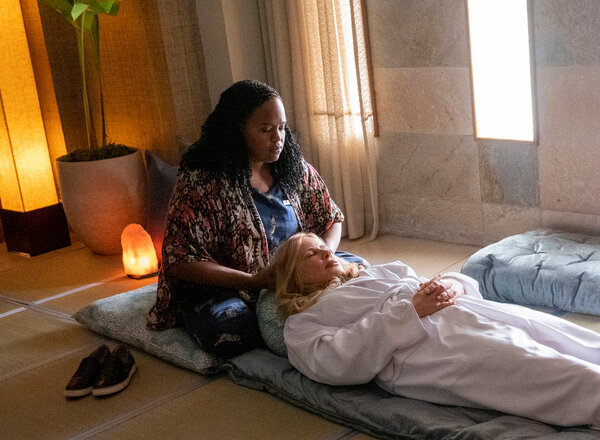 Born in Wichita, Kan., Rothwell grew up as an Air Force brat, living in bases around the world, from Florida to Turkey. (She attended two elementary schools, two middle schools and two high schools.) She was thankful for being exposed to a variety of cultures, she said, but not all of her memories were good — such as being called the N-word for the first time, at her high school in Fort Walton Beach, Fla.

“We’re not in Kansas anymore,” she remembered thinking. “Literally.”

Such experiences motivated her to better understand human behavior. She joined an improv troupe at that same Florida high school, which helped liberate her from obsessive, intrusive thoughts, and went on to study theater at the University of Maryland. Her dream was to become a Broadway actor, and she felt discouraged after graduation when she kept landing mostly comedy roles.

On the advice of one of her former professors, she decided to embrace her talent for comedy.

“I’m so grateful that I stopped trying to resist my natural sort of inclination and was able to apply my dramatic skill set to comedy, which I think makes it hit harder,” she said.

After “Saturday Night Live” was criticized in 2013 for not having a Black female cast member, the artistic director at U.C.B. informed Rothwell of special auditions; “S.N.L.” hired her as a writer in 2014 but she left after a single season, feeling undervalued.

But things picked up quickly after that. In 2016, she was featured in the short-lived but critically admired Netflix comedy series “The Characters,” and later that year she began a full-series run as the protective and fiercely loyal friend Kelli Prenny in HBO’s “Insecure.” (She was also a supervising producer and writer of “Insecure,” sharing its Emmy nomination for best comedy in 2020, and directed an episode of the final season, her directorial debut.)

As she helped develop her “Insecure” character, Rothwell asked herself: What would it be like to be in the world and not once doubt your worth or your value? She hoped Kelli’s unapologetic truth would allow Black, plus-sized viewers to feel seen, she said. Kelli was a character she had needed to see herself.

“When I would walk through the airport of Philly, when I would be visiting my family, they’d be like, ‘Yes, Kelli, I see you!’ and it was just this love for her that made me protective of her,” she said.

Although the role wasn’t official, she kept on her writer’s cap during the production of “White Lotus,” too. She remembered pulling White aside at one point and saying, “You know, we don’t talk the way we talk around y’all,” referring to the different ways people speak at work compared with in their personal lives.

White was receptive to working the idea into the show, she said. In Episode 3, viewers see Belinda relax as she talks to her son about Tanya’s wellness center proposal, capturing one of the character’s few relieving moments.

Given Rothwell’s reputation in comedy, people are often surprised, she said, when she takes on more serious roles. But she has tried not to let herself become limited to one genre, inspired, she said, by the versatility of performers like Robin Williams and Lily Tomlin. And she is still motivated by her early love for drama.

“The comedy I write and am drawn to produce, direct and consume has both levity and gravity,” she said. “They necessitate each other.”