When former president Barack Obama and wife Michelle Obama stepped up to become the first Black First Family in U.S. history, they knew they’d face challenges their predecessors hadn’t due to racist beliefs still held in the American public, even among those who’d voted for them. They steeled both themselves and daughters Malia and Sasha Obama for the influx of racist attacks on their appearances, mannerisms, and accomplishments that would be thrown their way, and one of former FLOTUS Michelle’s Secret Service agents remembers in particular how she responded when a racist sign intended for her was held up before she gave a speech at a local school. 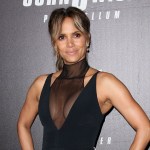 Evy Pompouras, the author of 2020 memoir Becoming Bulletproof, first wrote about this incident in her book before discussing it in more detail to Insider this week.

“As the first Black First Lady of the United States, Mrs. Obama had to withstand certain kinds of disparagement that none of her predecessors ever faced,” Poumpouras wrote. “I was on her protective detail when we were driving to a school to deliver a speech; we passed someone on a bridge holding up a shockingly racist sign directed at her.”

“I remember feeling outraged — after all, it was part of our job to protect the first family mentally as well as physically,” she continued. “But if the First Lady saw the sign, she gave no indication of it.”

Speaking to Insider now, Pompouras expands on the conflict presented to her when she sees a racist attack on the person she’s charged with protecting.

“I could do nothing,” she said. “There’s freedom of speech in the United States, and even if I personally feel that speech is wrong, the law doesn’t give me the power to take that person’s speech away.”

While many in the U.S. love to claim this country is past racism — especially in a post-Obama America — the Obama family’s experience in many ways proved how far we still have to go. But are we surprised Michelle held her head high and went on with her day, unbothered? No, we are not.

Our mission at SheKnows is to empower and inspire women, and we only feature products we think you’ll love as much as we do. Please note that if you purchase something by clicking on a link within this story, we may receive a small commission of the sale.

Before you go, click here to see presidential families over the years.