Thursday’s indictment of the Trump Organization has Trump family members out in full force defending themselves, but Donald Trump’s ex-attorney Michael Cohen believes this could be the beginning of many legal issues ahead for the former president. Cohen should know, since he’s wrapping up his own sentence under home confinement and had a bird’s eye view of the day-to-day dealings at the corporation during his time there, as well as repeatedly meeting with New York District Attorney Cy Vance Jr. earlier this year. 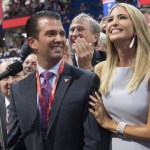 In speaking with CNN, the former Trump employee shared that the tax evasion charges were not just serious for CFO Allen Weisselberg, but there could be major consequences for his former boss because “everything went through Donald.” Cohen is saying that Trump was well aware of how his money was being spent, it wasn’t passed off to anyone else. “Every single thing, whether it was the acquisition of paper clips, light bulbs, furniture, mattresses, you name it,” he explained. “Allen Weisselberg’s kids’ payments, rent, everything would have a Donald Trump signature on it or his initial.”

Cohen, along with Allen’s former daughter-in-law Jennifer Weisselberg, has worked with investigators to provide “a multitude of documents” that reportedly shows the direct line to the Trump Organization and Trump himself. He believes that the 45th president’s “nine lives” are over. “I think his nine lives have expired because the documentary evidence that’s in the hands of the prosecutors is so significant and so spot-on that there’s no way anybody’s getting out of it,” he said.

He thinks things are so serious for Trump that having Allen or COO Matthew Calamari flip to the prosecutors’ side wouldn’t even make that big of a difference because “the documents speak for themselves.” Time will tell how this case pans out, but Cohen is warning that “there are more than enough people that are capable in testifying to what went on.”

SheKnows reached out to the Trump Organization for comment.

Before you go, click here to see the most important celebrity lawsuits over the past 15 years.