It’s safe to say the stars of The Real Housewives of New Jersey didn’t leave the season 11 reunion with much resolution. Ahead of part one airing on Bravo Wednesday, May 19, Melissa Gorga and Margaret Josephs threw serious shade at Jennifer Aydin.

Biggest ‘Real Housewives’ Feuds Ever — And Where the Relationships Stand Today

“Notice I posted everyone except for one person who I feel is truly happy when family and friends are divided,” Melissa, 42, wrote via Instagram after acknowledging season 11’s shorter episode count. “Probably because she would throw her own mother under the bus for TV. Or if it would make Teresa [Giudice] happy.”

While the Envy owner didn’t name names, Jennifer, 54, is the only castmate not included in her collection of snaps from the taping.

From ‘Jesus Jugs’ to ‘Turtle Time’: A ‘Real Housewives’ Dictionary in GIFs

“I’ve been on the show a long time and I know fake and conniving when I see it,” she continued on Wednesday. “When you don’t come for someone at all, and they are constantly trying to put you down and trying to cause riffs in your relationships, that’s a huge red flag 🚩 ENVY BABY! They might want to try to be the fun tipsy one like you, but they fail and just look sloppy💅🏼 Lots of skeletons in the closet over there.” 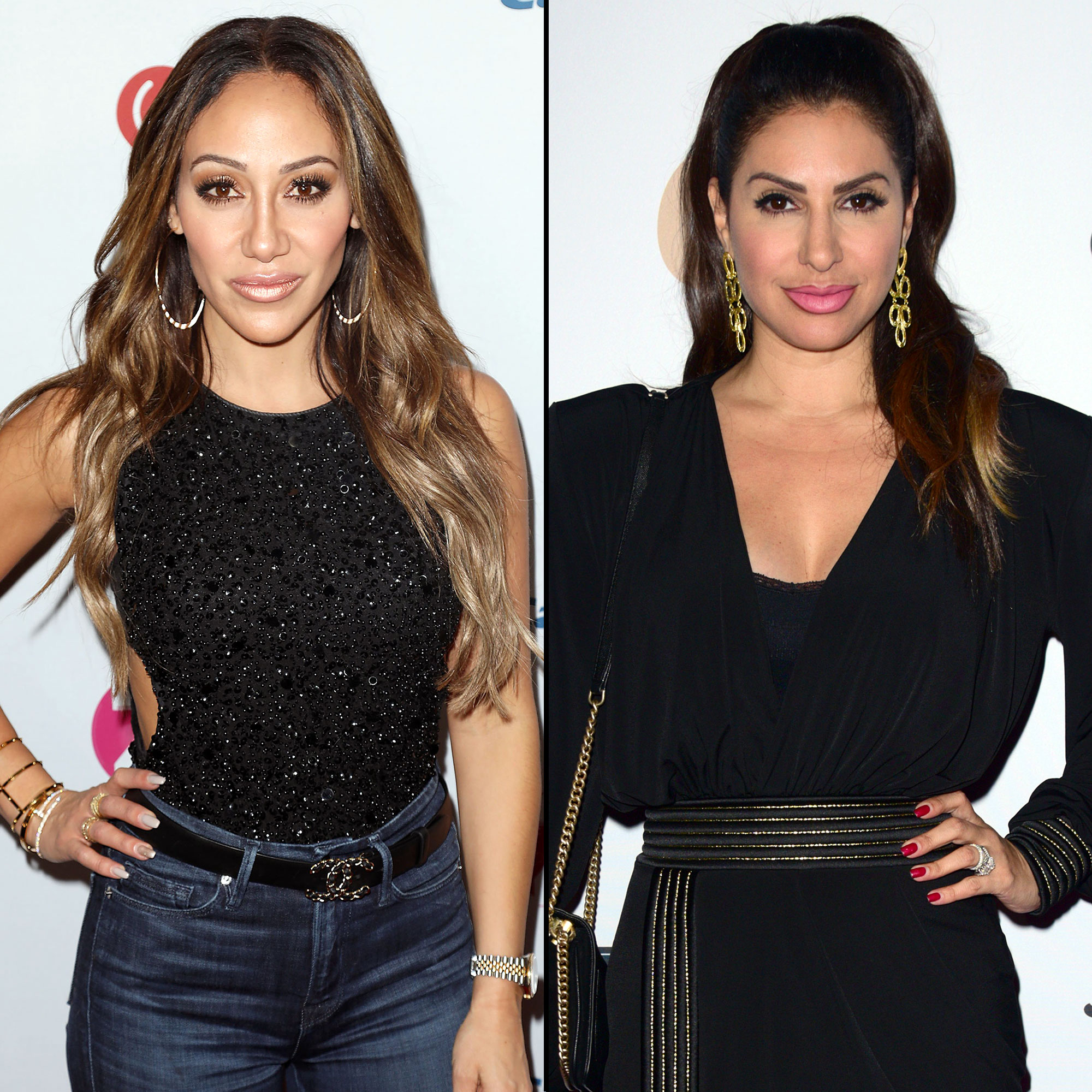 Melissa concluded, “I’m nice until I’m not. Pay attention everyone- you will see it. I love you all. thank you for your support always❤️.”

After showing her support in the comments section, Margaret, 54, posted a series of photos of her own from the reunion — and cropped Jennifer out.

“We might all look angelic in white but the demons come out tonight @bravotv,” she said before seemingly taking a dig at Jennifer’s drunken antics during the season. “We are reunion ready and never sloppy 😉💃🎉💋💕👧🏼.”

The Caviar Dreams, Tuna Fish Budget author isn’t the only one standing with Melissa. Jackie Goldschneider, for her part, commented on the mother of three’s post, “Damn straight!!!!! ❤️❤️❤️” 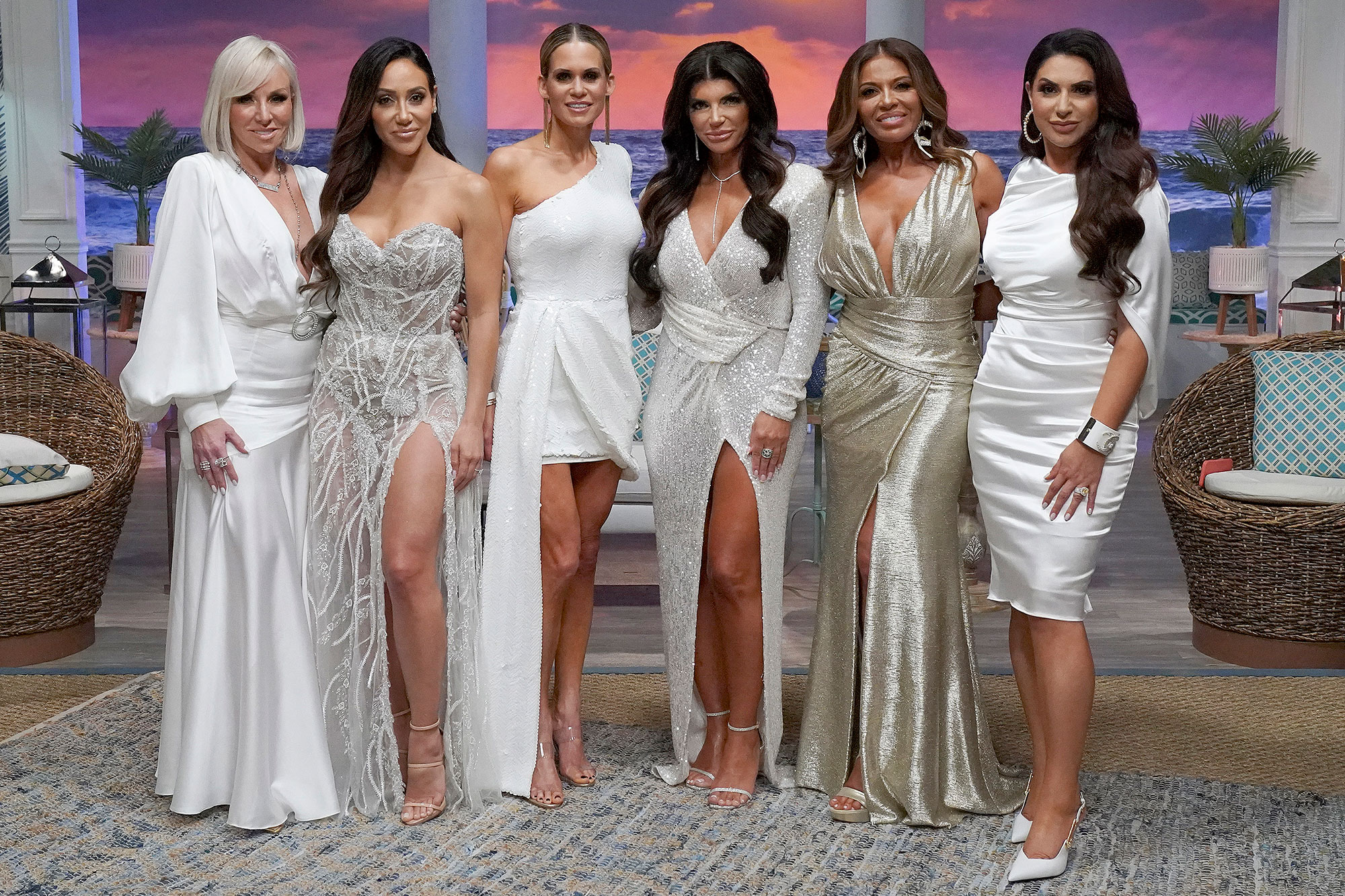 “Take a good look at what unbothered looks like. I’m on this show because of me – not because my sister-n-law or a more entertaining husband,” she began via Instagram. “My husband is a class act who respects women and would never stoop low for the cameras. I guess people envy what they don’t have – I share real and authentic stories, not fake, made up ones. And I see that some people are threatened by that. You can take your ‘sloppy’ comments and run with it all you want-hold on to it for dear life- ya got nothing else.”

She concluded, “Your group is infested with a snake that talks behind all your backs and you’re just Salty…And Boring to Boot! So careful with all that reach, you’re gonna pull a muscle😘 #Rhonj #reunion #Tonight! #IRetaliate.”

The Real Housewives of New Jersey airs on Bravo Wednesdays at 9 p.m. ET.