Times Insider explains who we are and what we do, and delivers behind-the-scenes insights into how our journalism comes together.

Allison McCann, a visual journalist for The Times, is currently crisscrossing France to relay dispatches from the Women’s World Cup. Ms. McCann is one of several Times journalists covering the tournament. But her vantage point is unique.

A former professional soccer player and starting midfielder for Stanford University’s team, Ms. McCann knows many of the women playing in the World Cup from her time as a player.

To capture what it feels like to be an elite women’s soccer player in this moment, she worked on a survey for The Times that was sent to every national team participating in this year’s World Cup. She included questions like: “How many jobs do you have in addition to playing soccer?”

Through a partnership with Goal Click, she also gave dozens of players disposable cameras and asked them to capture their lives as they see them. Ms. McCann discussed the women’s responses and what she found most surprising about their answers. 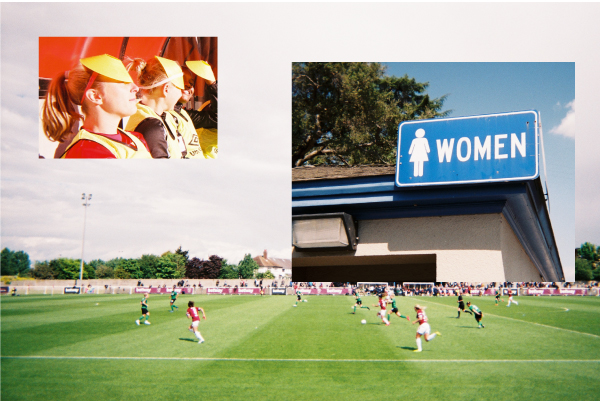 What did you want to ask female soccer players?

How much money do you make? That is indicative of how professional the sport is for you, in your country, and how much support you have from your federation. A big chunk of the salaries, especially for the American players, comes from U.S. Soccer. How much they are paid is reflective of how much the federation invests in them.

I think the question about what people’s families think of their job is also really interesting. Most people had a twofold answer: “They’re really proud of me, but they also think I need to go do other things.” Or, “They’re really pleased that I’m in the World Cup, but they also think that I should go finish my education so that I can get a job.” Women in some countries were like, “My mom thinks I need to be married and have kids right now.”

How does that differ from the experience of male soccer players competing in the World Cup?

I think if you ask men, “What does your family think?” every single player would be like, “Obviously, my parents are like, ‘Go pursue this.’” There is the chance, as a male soccer player, that you’re either going to make $10 million, or $100,000. Even if you’re in not that great of a league, it’s a very significant amount of money.

That was not the case with the women. Even the ones that are making decent money, their families were saying: “What’s your backup plan? What are you going to do next?” These women are balancing trying to play soccer for as long as possible, but also having all these side hustles.

What is your relationship with soccer?

I played soccer since I was probably 3 or 4. My older sister played. I started playing early because she was already playing. Then I went on to play in college, and I played one year professionally as a reserve player in the W.P.S., Women’s Professional Soccer League, which folded the year that I entered. Then I went to N.Y.U. journalism school. I stopped playing, and I had a lot of friends after that league ended here in the United States that went abroad to play in Europe, and Sweden. I think about it all the time — had that league still existed in the United States, if I would have kept playing. My life would have been totally different, so I have a very personal connection to the growth of women’s soccer.

How did your background as a soccer player inform the story?

It was important to me to include the experiences of female athletes. Going to the World Cup is really unglamorous for a lot of these players. It’s the biggest soccer tournament in the world for them, but some of them are literally raising money on crowdfunding platforms to get to the tournament.

What was surprising to you about the photo project?

I thought it was going to capture how different the experiences were for all these women from different countries, and I think that was true in some questions. Then there were other questions, like, “What’s the biggest sacrifice you’ve made?” And universally the answer was the same for everyone, which was: “I’ve missed every important event. I’ve missed my sister’s wedding, I missed my brother’s bar mitzvah.” I think there is a shared experience around the world, of these women missing everything and giving up so much.

Follow the @ReaderCenter on Twitter for more coverage highlighting your perspectives and experiences and for insight into how we work.

Katie Van Syckle is a senior staff editor at The Times. @KatieVanSyckle