Three months after Lisa Vanderpump called for Kyle Richards, Dorit Kemsley and Erika Jayne’s respective legal troubles to be story lines on The Real Housewives of Beverly Hills, she got her wish.

Host Andy Cohen read questions from viewers accusing the women of using PuppyGate to “bury negative stories” about themselves during part two of the season 9 reunion on Tuesday, July 23.

“Erika’s happy to talk about Lisa Vanderpump all day, but when it comes to Tom [Girardi] defaulting on a $15 million loan, she doesn’t say a word,” Andy said.

“How ’bout this,” Erika shot back. “Resolved, and they apologized.”

The “Xxpen$ive” singer’s husband and his law firm, Girardi Keese, were sued in January for $15 million after they allegedly failed to repay loans to Law Finance Group. In court documents obtained by The Blast, the company claimed that Tom used the money to maintain the couple’s “lavish lifestyle.” He denied the allegations in a statement at the time. The outlet reports that Erika’s spouse reached a settlement agreement last month.

Kyle and husband Mauricio Umansky came under fire next during Tuesday’s episode. 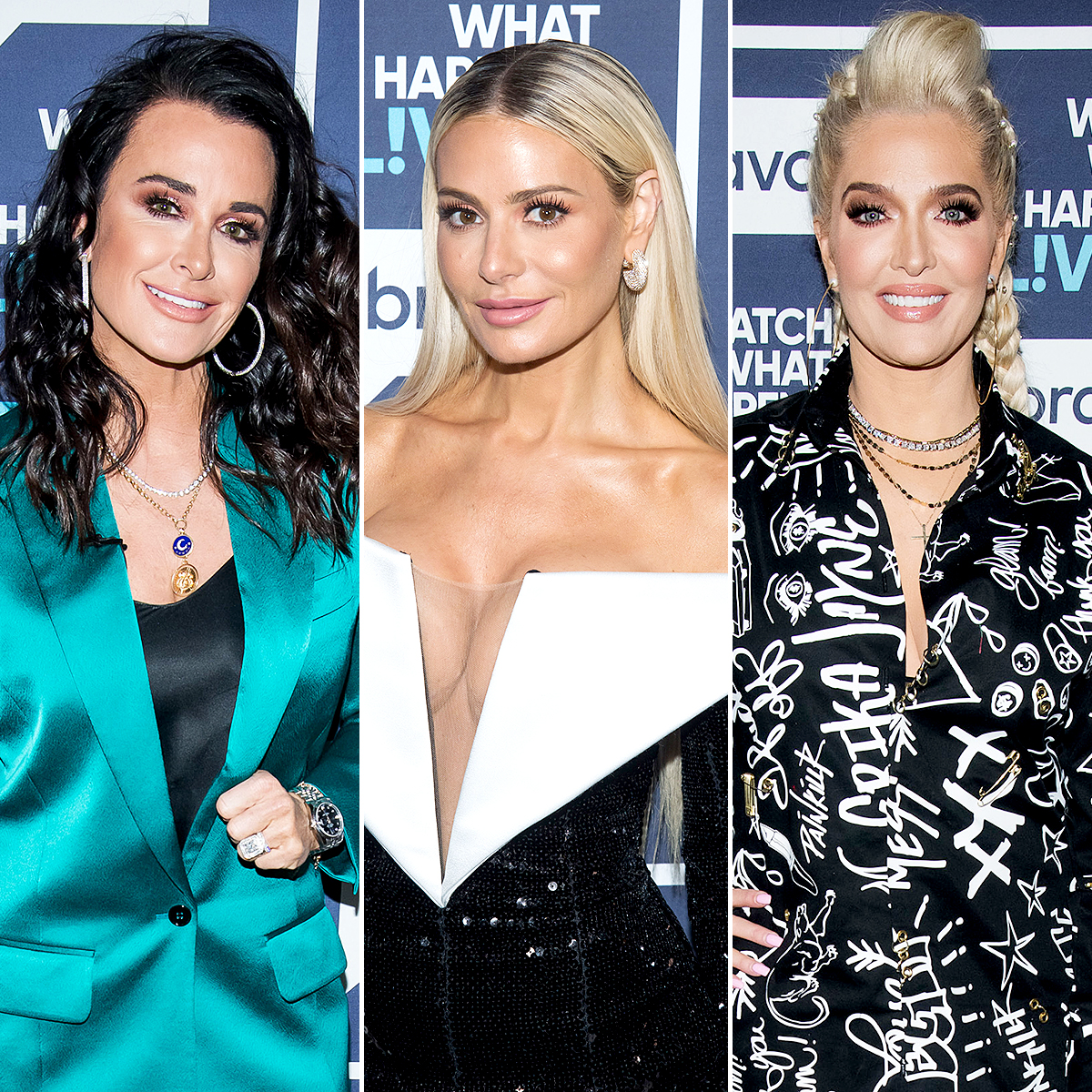 “Amy from Texas said, ‘I guess Kyle isn’t gonna mention Mauricio scamming someone out of $37 million when she can just talk about Dorit’s dog,’” the Watch What Happens Live With Andy Cohen host said.

“My husband did not scam anyone,” Kyle replied. “That causes problems because my husband’s never made $36 million on a deal in his life! That’s what a property sold for, OK? So your question from whoever the f–k Monty is in McGootville saying my husband’s scamming people out of $36 million…”

After Andy interjected and clarified that the question came from “Amy from Texas,” Kyle clapped back.

“OK, Amy from Texas! That’s a misleading question,” the former American Woman producer yelled. “The way it was worded is damaging, and I don’t appreciate that.”

Page Six previously reported that Mauricio and his real estate company, The Agency, were being sued over the sale of a mansion in Malibu. According to the docs obtained by the outlet, Sweetwater Malibu LLC claimed Mauricio manipulated them into selling the property for $32.5 million, only to flip the house and resell the home for $69.9 million the following year. The case is ongoing.

Finally, Andy addressed Dorit’s money woes, which first made headlines in August 2018 after a video surfaced online of someone confronting the designer during the cast’s trip to the Bahamas over funds she allegedly owed her former Beverly Beach partner Ryan Horne.

“He wants a certain amount of money, and no, I can’t get into numbers because it’s an ongoing lawsuit,” Dorit said on Tuesday.

Us Weekly previously reported that Horne claimed he was never paid back the $205,000 he fronted for Dorit’s bathing suit line. After reality TV personality countersued, a judge ordered to the pair to mediation, warning them that the case could go to trial in January 2020 if they do not figure out an agreement.

Dorit confirmed that the judge ordered mediation during Tuesday’s reunion.

“The judge looked at it and said, ‘Listen, you guys figure this out.’ I am very comfortable in our position,” she said. “It is in the lawyers’ hands. It doesn’t need to have a discussion because there’s a lot of details about it that I can’t really speak about.”

The Real Housewives of Beverly Hills airs on Bravo Tuesdays at 9 p.m. ET.