Kathy Griffin has never shied away from controversy, just take a look at her 2017 photoshoot with a bloody mask of a head that looked like then-President Donald Trump. She went through death threats and cancel culture, but now she’s in a different type of battle for her health. The news that Griffin has been diagnosed with lung cancer as a non-smoker has a twist — she is also one-year sober after a painkiller addiction and suicide attempt almost ended her life. 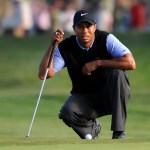 It’s a lot of news to absorb, but the comedian is handling the tough situation with her usual, offbeat sense of humor. The addiction started in the wake of the Trump controversy and one seemingly harmless prescription for Provigil, a drug with similar effects as Adderall, and later Ambien and other drugs, sent her spiraling faster than she ever imagined. “I really fell in love with them,” she told ABC News’ Nightline. “Then, it was kind of the allure of, ‘Oh, I can regulate my energy levels or my moods. Or… I fell on my elbow in my act or something and I can be pain-free or something.’ And it got out of control very rapidly.”

Griffin, who used to thrive off her critics, started believing what they had to say to her on social media. “I was already starting to think… it was time for me to go,” she admitted. “And I was certainly being told by an awful lotta people, it’s time for me to go.” Suicide ideation became an “obsessive thought” and made her believe it was a “good decision” at the time. In the aftermath of her suicide attempt, Griffin sought help through a hospital that placed her on a psychiatric hold to help her through the process, which now includes Alcoholics Anonymous meetings and drug tests to keep her sobriety on track.

But without pills to numb the pain, Griffin thought she might have arthritis, instead, it was a scary diagnosis: lung cancer. She’s had a small mass on her lung for a while, but this time the X-ray showed that the tumor had grown. “I was definitely in shock. I’m still a little bit in shock. Not denial, but… once a day, I’ll just turn to, like, nobody next to me and go, ‘Can you believe this s**t? Is this a bitch or what,’” she shared. “It’s stage 1. It’s nowhere else in my body. So I need to focus on that.”

Her surgery to remove about half of her left lung occurred on Monday morning, and per her Twitter announcement, “hopefully no chemo or radiation after this” and “normal function” when it comes to breathing. She’s hoping to “up and running around as usual in a month or less” and with brighter days ahead.

If you are struggling with thoughts of suicide or worried about a friend or loved one, help is available. Call the National Suicide Prevention Lifeline at 1-800-273-8255 [TALK] for free, confidential emotional support 24 hours a day, 7 days a week.

Before you go, click here to see celebrities who have struggled with drug or alcohol addiction.