They may be among Britain’s most gifted musical siblings, but the Kanneh-Masons insist they are just like any other family.

“We were playing a lot of football over lockdown,” says eldest brother, violinist Braimah, 22. “There were a lot of disputes over whether the ball had crossed the line or not. I’d say when we are playing a game that’s when the arguments start.”

Mariatu, 11, a cellist and pianist, says being the youngest – and the shortest – definitely has its drawbacks, especially in the kitchen at the family home in Nottingham.

“I’m quite small and everyone just barges past me and it’s quite stressful sometimes and people always pull me aside by my head which I find annoying.”

When they are playing music, however, the classically trained brothers and sisters are, according to sister Isata, 24, “more respectful”. 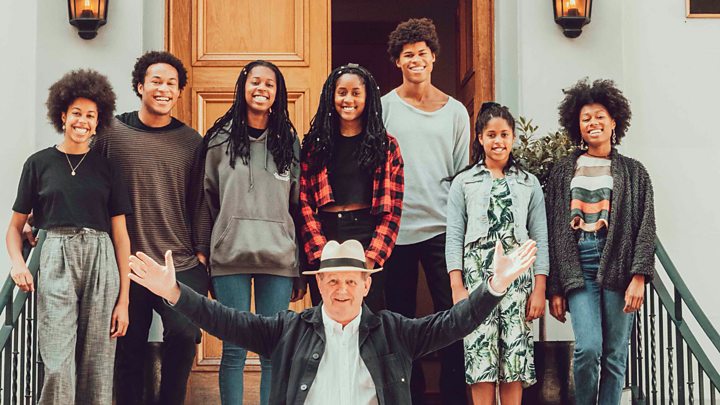 “We slip into a more professional mood,” says the pianist who earlier this month made her BBC Proms debut at the Royal Albert Hall.

Now they have come together to record their first album as a family, Carnival, which will be released by their record label Decca on 6 November.

“It felt like a lovely thing to make a recording at the ages that we are now, as a snapshot of where we are at the moment,” says cellist Sheku, 21, who played at the wedding of the Duke and Duchess of Sussex.

But there was another reason. They decided they wanted to record Carnival of the Animals, by the French composer Camille Saint-Saëns. The musical suite of movements is dedicated to animals including lions, elephants and fish.

Sheku, who was the first black winner of the BBC Young Musician of the Year competition in 2016, explains why.

“We all grew up listening to albums like Peter and the Wolf (Sergei Prokofiev’s symphonic fairy tale) as children. We remembered being so inspired by that and so we wanted to make our version.” 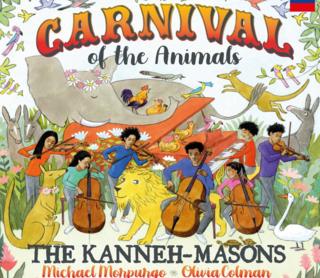 They were keen for the album to be aimed squarely at children. It is all part of their mission to demystify classical music, especially for young people.

“Classical music isn’t seen as that accessible to many children,” says Isata. “We feel there should be more classical music aimed at children.”

The Kanneh-Masons know they were lucky. “We went to two amazing state schools that really supported music and encouraged us to continue music outside of school as well,” says sister Jeneba 18, who plays piano and cello and has been awarded a scholarship to the Royal College of Music. 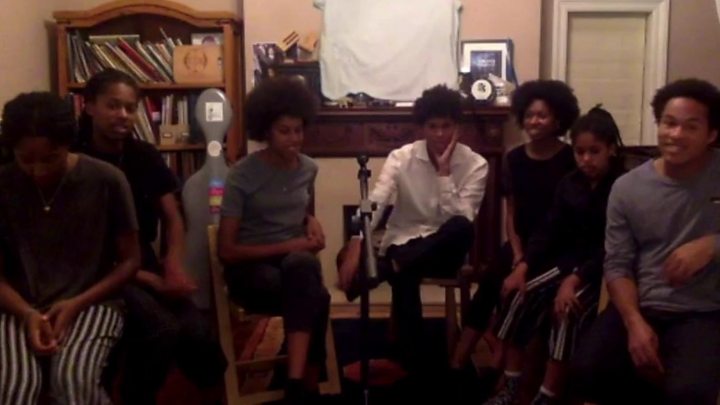 “We want every child to have that kind of opportunity at their school and I think especially now, when music isn’t really seen as a priority in schools, we really want it to go back to one of the main priorities.

“For us it’s been really amazing and it’s helped us become the musicians that we are today.”

In the meantime they hope the album will help.

In the same way that Peter and the Wolf uses characters and a story to introduce children to different instruments in the orchestra, Carnival combines music with words.

And that is where the author of War Horse, Michael Morpurgo, comes in. He was “thrilled” to be asked to write poetry to accompany the recording.

“I was very surprised because I’m not strictly speaking a poet,” he says. But he was so inspired he ended up writing 15 new poems and reads many of them on the album.

And while he wanted to work “with this extraordinary group of young musicians”, he also wanted to be involved because “the natural world we live in we are fast destroying and we have exploited these creatures. And I wanted this to come out, not so it’s heavy, but so it’s part of the tale.

“So for instance, when I wrote a poem about a tortoise I related that very clearly to the way we live our lives and I was conscious of the fact that we need to slow down.

“I know I need to slow down,” adds the former Children’s Laureate. “So it was a lesson from a tortoise to us all.”

And the poem is one of several on the album performed by the Oscar-winning actress Olivia Colman (six poems on her and two with Morpurgo).

But while the Kanneh-Mason family and Morpurgo spent two days recording their parts at Abbey Road Studios in London they met the star of The Favourite and The Crown “virtually, over Zoom”, explains Braimah.

“Olivia Colman was recording from a mini studio from her house in Norfolk.”

The Kanneh-Masons were also keen to put their unique imprint on the album. They have recorded their own arrangement of Bob Marley’s Redemption Song, marking 40 years since its release in 1980.

“We all have such a connection with Bob Marley and his music and I think it’s just nice to have that kind of contrast on an otherwise classical album.”

It was Jeneba who came up with the idea.

“We’d been listening to that particular song the most during lockdown and it was the piece that we could have the most fun with and improvise around all the different chords.”

“That’s because I only got Grade One on the violin – approximately 65 years ago.”