“It’s a disaster,” the presidential hopeful said of a Trump administration policy forcing asylum-seekers to wait in Mexico. “People should not live like this.” 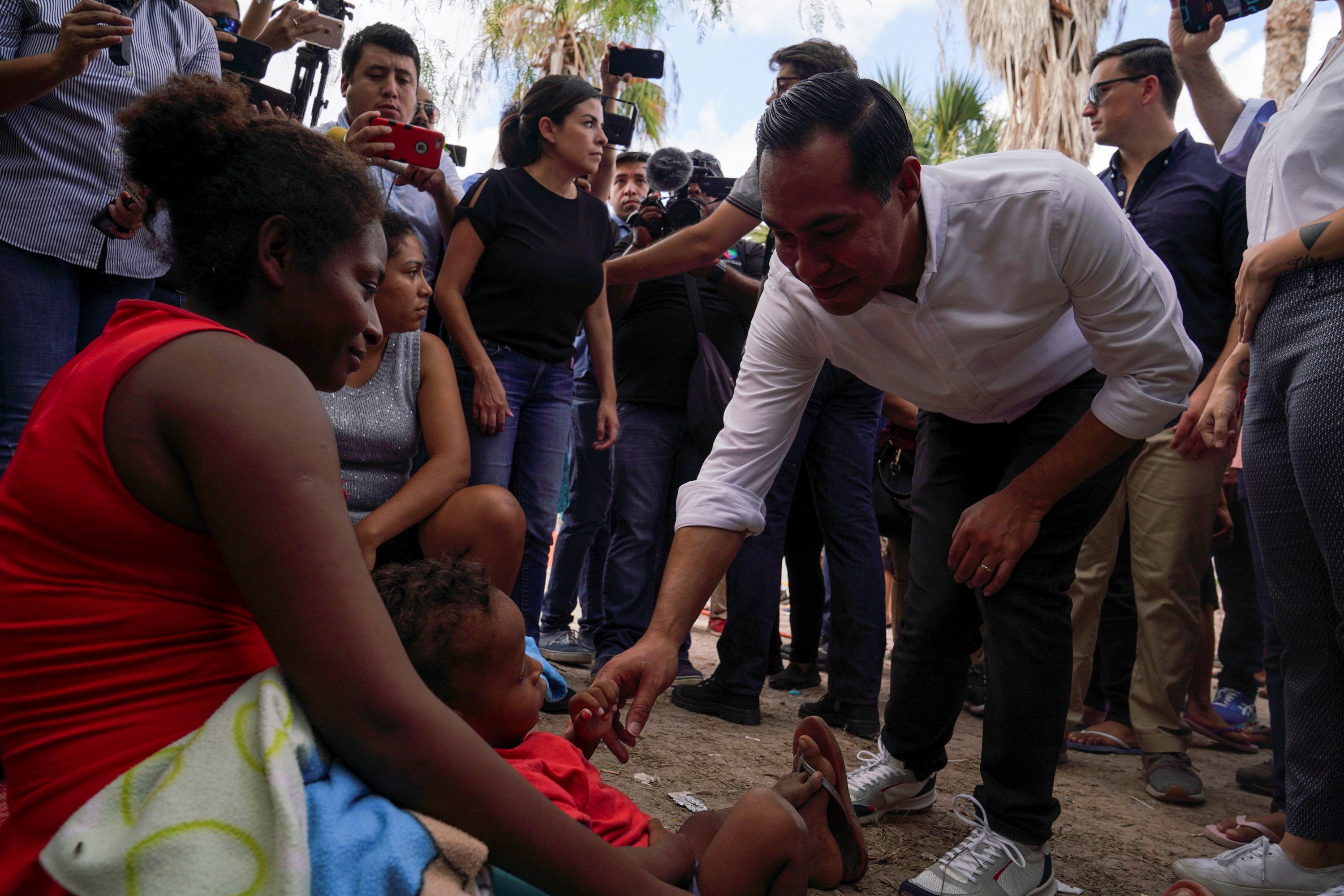 MATAMOROS, Mexico — Democratic presidential candidate Julián Castro on Monday escorted 12 asylum-seekers to the US border who had been forced to wait in squalid conditions in Mexico under the Trump administration’s “Remain in Mexico” policy while their immigration cases proceed in the US. Hours later they were sent back to Mexico.

The group escorted by Castro included LGBTQ immigrants who said they had been threatened and assaulted while waiting in the Mexican border town for their US court dates, as well as a deaf woman and her relatives. The group was seeking an exemption from Migrant Protection Protocols (MPP), the Trump administration’s policy forcing asylum-seekers to wait in Mexico.

“Hours after we were told LGBT and disabled asylum seekers would have their cases heard, they have been returned to Mexico,” Castro said in a tweet. “By law, these migrants are supposed to be exempt from the Remain in Mexico policy—but [Customs and Border Protection] had decided to ignore their due process. Outrageous.”

The US government’s decision not to allow the group to enter highlights the difficult circumstances asylum-seekers face while their cases are heard in US immigration courts. A Reuters analysis in June found that only about 1% of people in MPP had their cases removed from the program. The policy, which has sent more than 48,000 asylum-seekers back to Mexico, has been rolled out away from US eyes and lauded as a success by the administration.

The Department of Homeland Security has said vulnerable populations may be excluded from the policy on a case-by-case basis, including immigrants who are “more likely than not to be persecuted” in Mexico. Immigrants with known physical and mental health issues should also not be subjected to MPP, according to guiding principles for the program.

The Texas Civil Rights Project called the decision a brutal blow to due process and said there is no intention to protect asylum-seekers under the Trump administration’s policy.

“If these people — LGBTQ migrants who have been assaulted for who they are in the camps, disabled people, children — do not meet the criteria for ‘vulnerable populations,’ then the ‘vulnerable’ exemptions in ‘Remain in Mexico’ are lip service,” the organization said in a statement. “Everyone on the ground here knows it, and now we can prove it.”

CBP did not immediately return a request for comment on why the group was sent back to Mexico.

During his visit Monday, Castro walked through a growing encampment of about 1,000 asylum-seekers living on the streets of Matamoros, and called the Trump administration policy a “disaster” that he would immediately end as president.

A State Department advisory for the Mexican state of Tamaulipas, which includes cities like Matamoros and Nuevo Laredo, warns American citizens about threats to safety when traveling to the area, noting that murder, kidnapping, and sexual assault are common.

Julian Castro visits a makeshift memorial along a bank of the Rio Grande.

Despite assurances from the US that Mexico will provide asylum-seekers with all appropriate humanitarian protections while they’re waiting in the country, Castro said he did not see anything humane about the conditions they live in, noting he had witnessed an animal carcass floating in the Rio Grande as people bathed.

Castro also visited a makeshift memorial along the banks of the Rio Grande for six people who have died while trying to cross the treacherous river. Among the names on crosses lining the river were those of Óscar Alberto Martínez Ramírez and his 23-month-old daughter, Valeria, who drowned in June.

Ray, a 35-year-old gay man from Cuba who said he lost his job as a university professor because of his sexual orientation, was among those escorted across the border by Castro. It was his second attempt at receiving an exemption from MPP.

“We tried this before and it didn’t work so hopefully with the support that we have today it will work,” Ray told BuzzFeed News moments before he entered US custody. “Unlike all the times before when they ignore what we say, hopefully this time they’re going to hear us.”

Melissa, a 27-year-old woman who said she had received death threats in her home country for being a lesbian, was punched in the face while waiting in Matamoros after a person asked her why she was there.

“They busted my lip for being a lesbian, they can shoot me too,” Melissa told BuzzFeed News in mid-September. “I don’t feel safe here or back home. I will only feel safe in North America because of the security they have.”

Castro and the Texas Civil Rights Project said the LGBTQ asylum-seekers should have been allowed to enter the US because they’re a vulnerable group and have developed PTSD from being harassed and threatened in the Mexican border city. 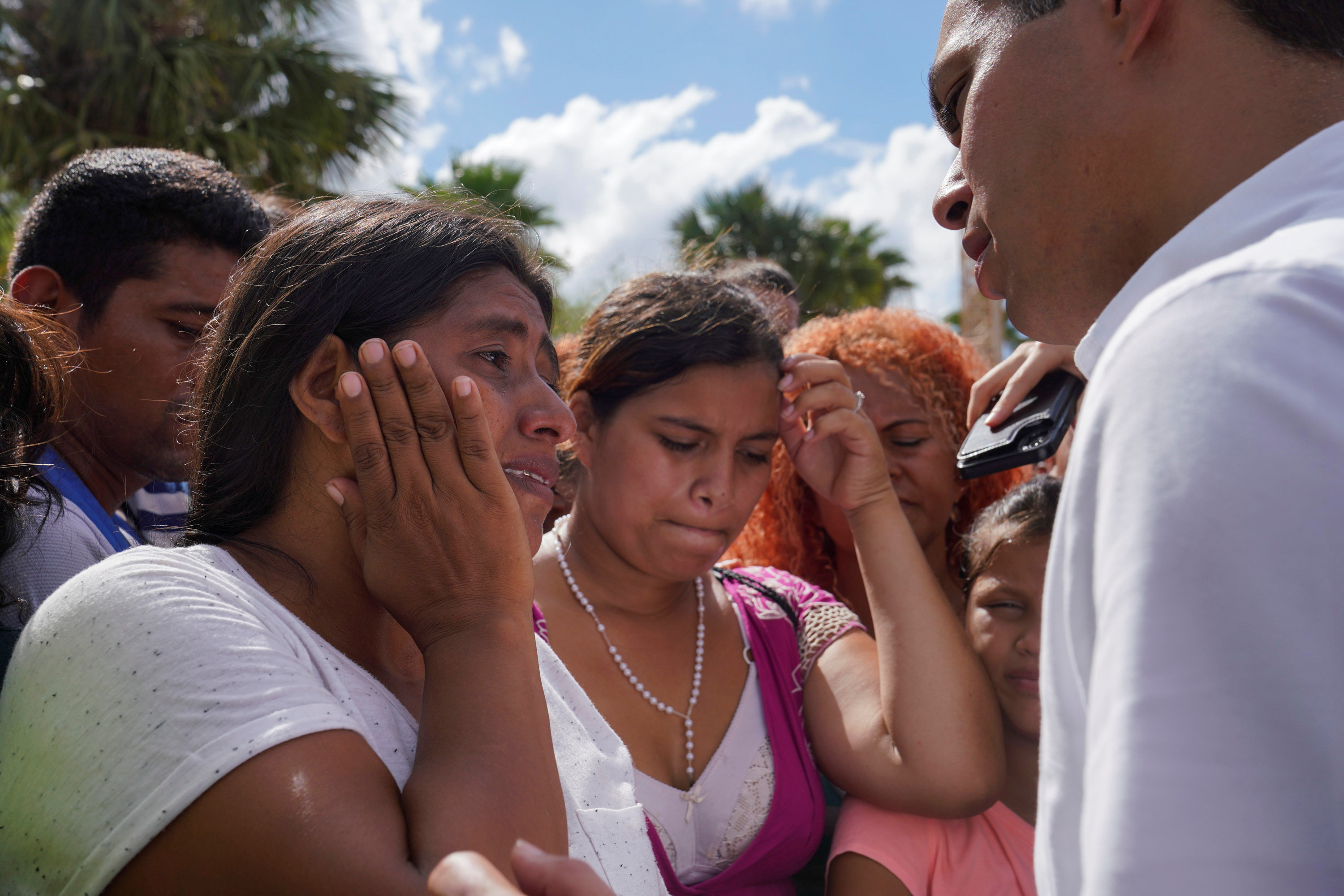 About 10,000 asylum-seekers have been sent to Matamoros under the Trump administration policy, said Jodi Goodwin, an attorney spearheading a pilot program to help immigrants represent themselves in court. About 3,000 asylum-seekers remain in the city and 1,000 are living in the encampment Castro visited, she said.

Castro, who served as secretary of Housing and Urban Development and San Antonio mayor, is not the first presidential candidate to meet with asylum-seekers waiting in Mexico. In June, Beto O’Rourke met with immigrants in Ciudad Juárez, and in July, Cory Booker escorted a group of asylum-seekers from Juárez into US custody, including women who had been sent back under MPP.

Near the end of his visit to Matamoros, a group of asylum-seekers formed around Castro, some holding children and standing just feet from the tents they now call home, clamoring to tell him about the conditions they live in.

“Please sir, we’re hardworking people,” another man said. “They say we want the government to support us but we don’t.”

A mother from El Salvador with four children, told Castro that people in the US do not understand the reality many are facing at the border.

“We’re humans, not animals,” she told him. “We have nothing here.”