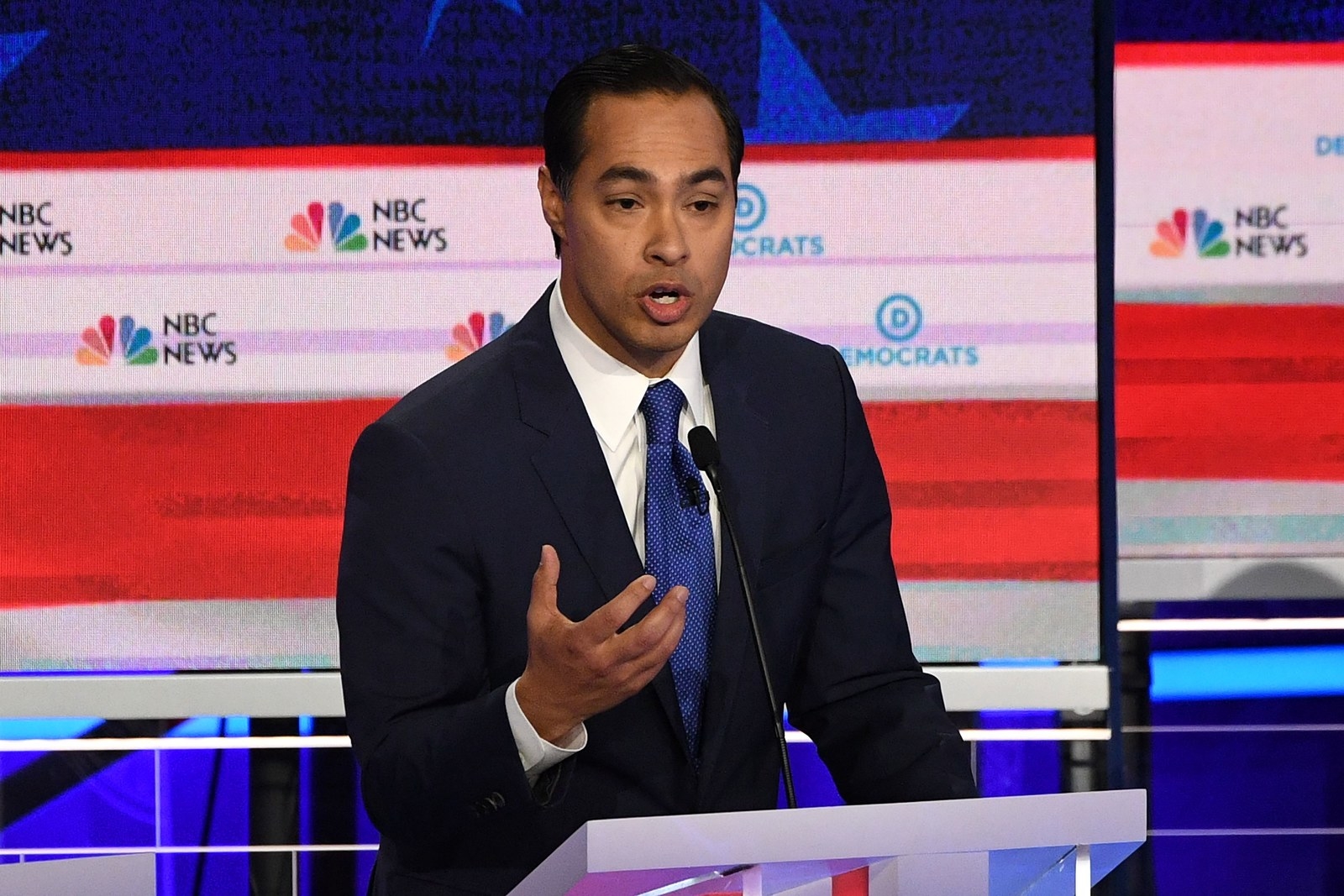 Former housing secretary Julián Castro dominated on one of the biggest issues in Wednesday night’s Democratic presidential debate — pushing his plan to decriminalize crossing the US border without documents in a week when Democrats have been rushing to make humane treatment of migrants a centerpiece of their campaigns, following several particularly grim immigration stories.

“I want to challenge every candidate on this stage to support the repeal of Section 1325,” he said, referring to the law that allows federal authorities to charge migrants with a criminal offense for crossing the US border without documents.

Castro, who has been polling near the bottom of most primary polls, has not gotten a ton of attention to this point. But on Wednesday, he was the third most tweeted about candidate on stage, after Sens. Elizabeth Warren and Cory Booker.

Castro specifically went in on fellow Texan Beto O’Rourke, telling the former congressman, “if you did your homework on this issue you would know that we should repeal this section.”

“Some of us on this stage have called to end that section, to terminate it. Some, like Congressman O’Rourke, have not,” he said. “And I want to challenge all of the candidates to do that. It’s a mistake, Beto. It’s a mistake.”

O’Rourke was the third candidate, behind Castro and Washington Governor Jay Inslee, to release a comprehensive immigration plan, and began his answer on immigration in Spanish on Wednesday night. Castro’s immigration policy goes further than most, proposing to decriminalize border crossings so that migrants cannot be criminally prosecuted for entering the US without documents. (Warren also recently included this in her immigration proposal.)

“Beto O’Rourke hasn’t done his homework on this issue, and he talks a lot about being from a border community, and yet he didn’t understand that we already have other laws that deal with human trafficking or drug trafficking. That has nothing to do with Section 1325,” Castro told reporters after the debate.

“This is what we need to do make sure that we guarantee that family separations are going to end. The plan that Congressman O’Rourke or others put forward falls short, does not protect those children,” he said.

Crossing the border without documents would remain a civil offense under Castro’s proposal — but it addresses the way the Trump administration enacted its family separations policy, in which parents are criminally prosecuted for crossing the border and therefore held in criminal custody, where their children cannot be held with them.

Republicans have attacked the idea of decriminalizing the border as an “open borders” policy — on Wednesday night, Donald Trump’s 2020 campaign manager Brad Parscale immediately seized on Castro bringing up the proposal.

“Now Democrats are for OPEN BORDERS! These debates are great, the American people can now see how far left the candidates are,” Parscale tweeted. “If these policies were implemented millions of foreigners would flood our system and overwhelm public services. They are disconnected from reality!”

Castro had another strong moment away from immigration issues. Asked whether his platform, and being the only Latino presidential candidate, would be enough to turn out Latino voters for Democrats in 2020, he repeated the names of people of color who have been killed by police officers.

“I also think that we have to recognize racial and social justice … What about Eric Garner, Tamir Rice, LaQuan McDonald, Sandra Bland, Pamela Turner, Antonio Arce,” he said. “I’m proud that I’m the only candidate so far that has put forward legislation that would reform our policing system.”

Castro was echoing another significant moment in his campaign — at a candidate forum in San Francisco, featuring twelve candidates and hosted by the progressive group Move On, Castro received a standing ovation for saying those names and talking about his criminal justice reform plan.

But immigration is where Castro most stood out. The issue was at the center of the first part of the debates from before they even began, with DNC Chair Tom Perez opening the debates with a mention of Martinez.

The immigration focus came in the middle of a week of grim stories about the treatment of migrants at detention facilities and the dire circumstances many face on their journeys into the US, highlighted particularly by a graphic photo of a Salvadoran father, Óscar Alberto Martínez Ramírez, and his two year old daughter, who drowned trying to cross the Rio Grande after waiting for months to apply for asylum at the Southern border. Last week, Trump also said that ICE would begin mass arrest operations of undocumented families in several major cities before walking that back on Sunday night.

“Watching that image of Oscar and his daughter Valeria is heartbreaking, It should also piss us all off and it should spur us to action,” Castro said during the debate. He was the first candidate to name Martinez and his daughter on Wednesday, adding that he would sign an executive order in his first 100 days in office to get rid of Trump’s zero tolerance “Remain in Mexico” policy, as well as the asylum application metering policy.

“They have been playing games with people who are coming and trying to seek asylum at our ports of entry. Oscar and Valeria went to a port of entry and they were denied the ability to make an asylum claim so they got frustrated and they tried to cross the river and they died because of that,” he said.

At least ten of the twenty candidates in Miami for the first round of debates have said they will visit the for-profit Homestead detention facility, the largest child migrant detention center in the country, where the Trump administration has admitted children are held for much longer than the 20 days permitted under the federal law and where lawyers and advocates say conditions are dire. Warren and Sen. Amy Klobuchar each went Wednesday before the debate.

More on the debate