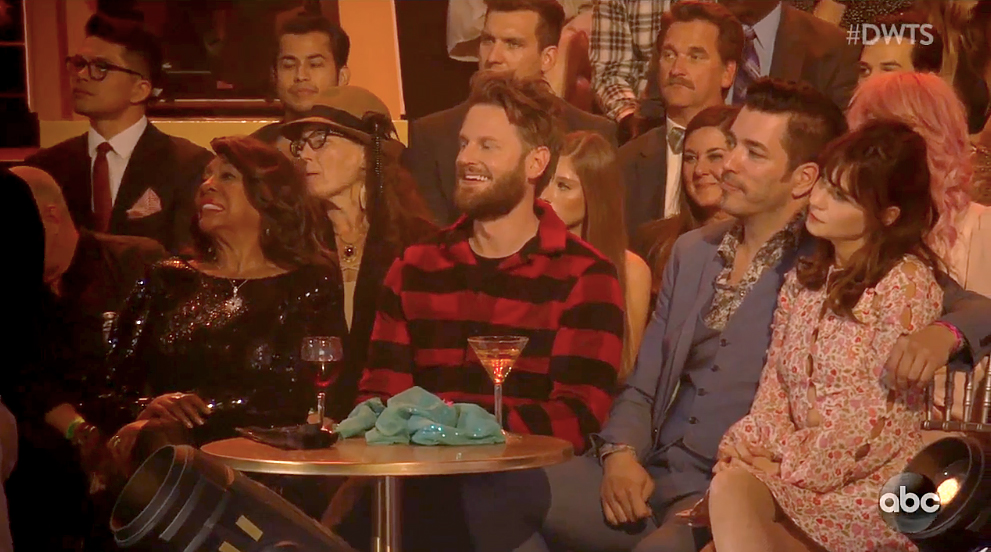 The two couples were spotted at neighboring tables in the ballroom audience, with Deschanel giggling as she and Jonathan whispered back and forth. At one point during the show, “Jonathan moved his chair closer to Zooey and put his arm around her as he whispered closely in her ear,” an eyewitness told Us Weekly. “They appeared very comfortable together and looked sweet.”

Jonathan and Drew — the 41-year-olds who have gained fame as HGTV’s Property Brothers — both have a history with DWTS. Drew competed in the ABC show’s 25th season in 2017, dancing with pro Emma Slater, and in one episode, Jonathan surprised fans by joining his realtor brother in a jive performance. Ultimately, Drew came in fourth place in the season. 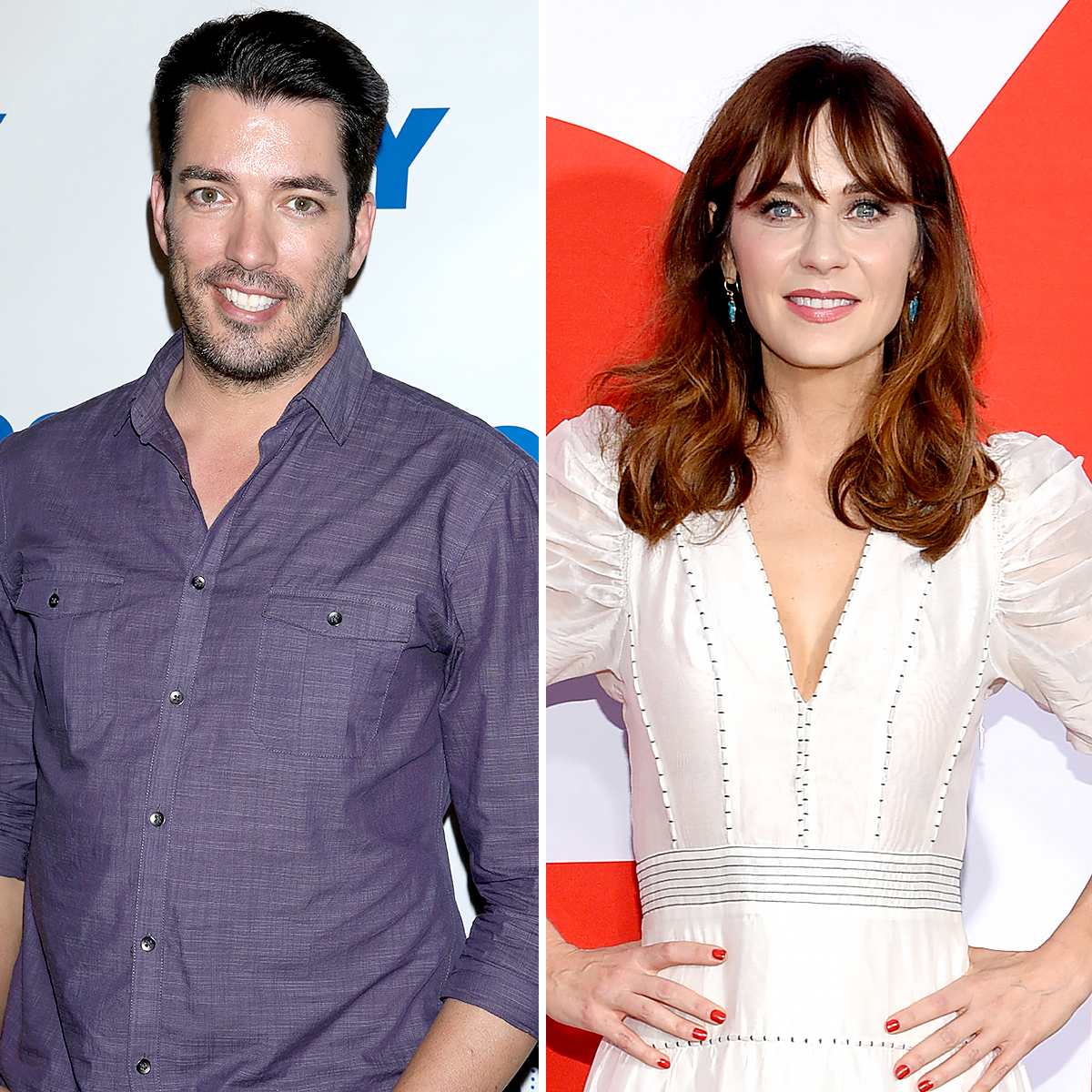 Drew and Phan got engaged in December 2016 and tied the knot in May 2018, but Jonathan and Deschanel’s romance is much newer. The couple met on the set of Carpool Karaoke, as Drew documented on Instagram in August, and Us Weekly confirmed the relationship on September 14, a day after they were spotted holding hands in Silver Lake, California.

“It’s definitely special for me because I am the guy who raises the bar in what I’m looking for in a partner,” Jonathan said of the relationship in an interview with Us that same day. “I was caught a little off guard. It was definitely a pleasant surprise.”

Drew, meanwhile, is a big fan of the pairing. “[They’re] both amazing people, and I think it’s great,” the 41-year-old exclusively told Us on September 19. “It’s exciting. And it means I get to get Jon out here to spend more time with us in L.A.”

Monday’s Dancing With the Stars taping wasn’t even the first group outing for the two couples: Drew previously told Us that they all enjoy going on double dates. “We have a lot of the same interests,” he explained. “We have quirky personalities.”

Previously, Jonathan dated Jacinta Kuznetsov until April 2018. Deschanel is still married to Jacob Pechenik — with whom she shares two children — but announced their breakup earlier this month.

Dancing With the Stars airs on ABC Mondays at 8 p.m. ET.