Joe Biden’s campaign was prepared for him to be attacked. But not like this. 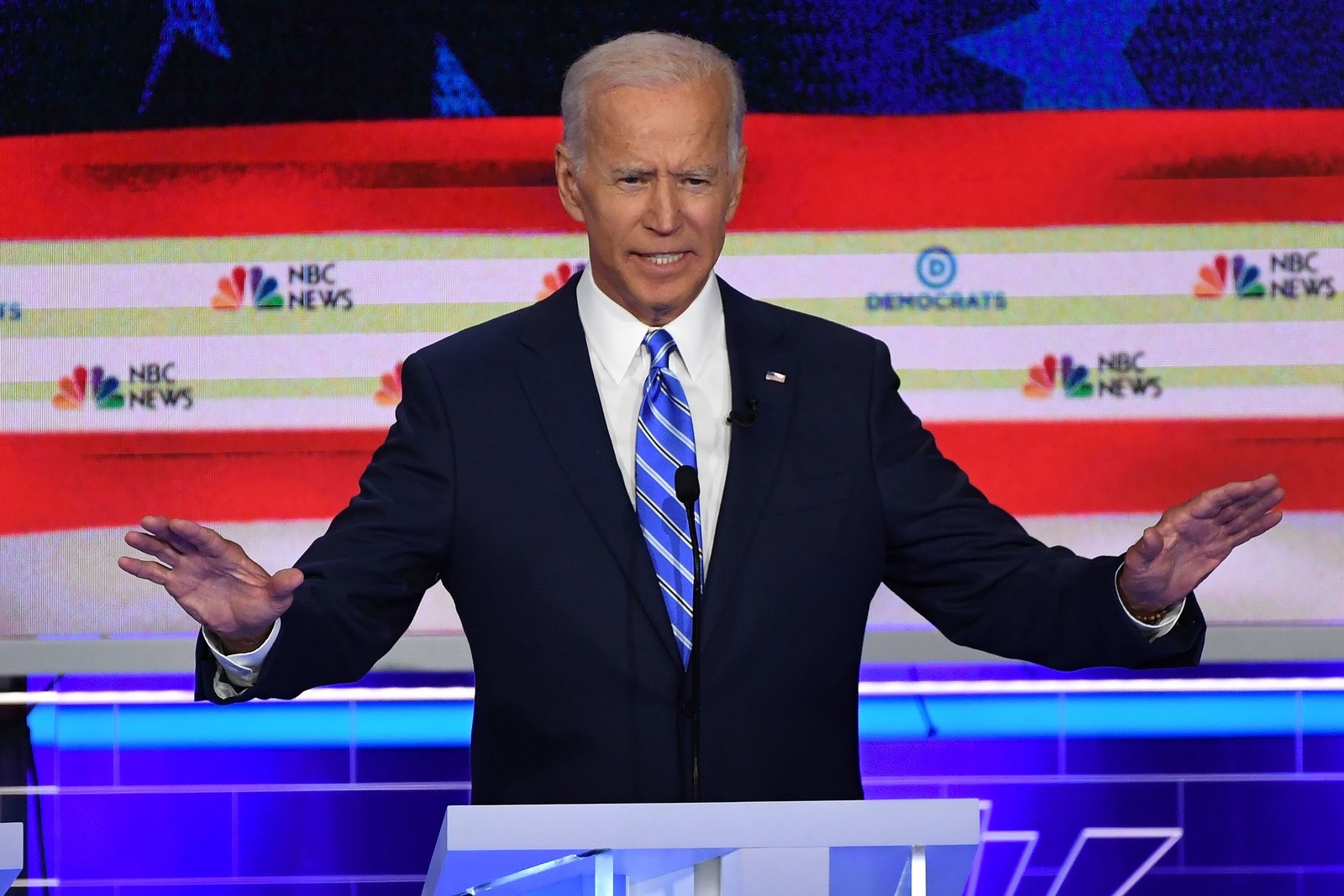 MIAMI — Joe Biden’s advisers had what they called a “strategic imperative” as they approached his debate Thursday night with nine other Democratic presidential candidates.

They had to, in the words of one campaign official, “keep Joe Biden Joe Biden.”

For the former vice president, this meant at least two things. He had to sell his five decades in politics as reassuring, but also present himself, at age 76, as a transformational and postpartisan leader. And he had to end the debate how he started it — as the frontrunner.

Kamala Harris had another goal: take on Joe Biden.

Biden aides said they had prepared him to be attacked on stage, though they thought it might be a philosophical challenge on the left, from Sen. Bernie Sanders of Vermont. Privately, they wondered if the first strike would come from Harris — the California senator has been friendly with Biden and his late son, who like her, served as a state attorney general.

Did it ever. Harris hammered Biden hard on race. She expressed disappointment that he had spoken positively about his relationships with segregationists and, offering a personal story from her childhood, lit into him for opposing busing as a means to integrate schools in the 1970s.

“I do not believe you are a racist and I agree with you when you commit yourself to the importance of finding common ground,” said Harris, who would be the first black woman to serve as president. “But I also believe — and it’s personal, and it was hurtful — to hear you talk about the reputations of two United States senators who built their reputations and career on the segregation of race in this country. It was not only that, but you also worked with them to oppose busing. There was a little girl in California who was part of the second class to integrate her public schools and she was bused to school every day. And that little girl was me.”

Biden called Harris’ attack a “mischaracterization of my position across the board” and said he does not “praise racists.” (Though he has never condoned racism, he has praised those who have held such views, including the late Sen. Strom Thurmond, whom Biden eulogized.) Biden also noted his work in the Senate and as vice president on civil and voting rights issues.

His temper visibly rising, Biden also got into crosstalk with Harris while explaining that he preferred local government to make busing decisions. And he returned fire by citing his brief legal career as a public defender as more virtuous than Harris’ long one as a prosecutor. The long-winded Biden became so rattled that he then did something uncharacteristic. He abruptly stopped talking.

“Anyway,” he said, interrupting a thought, “my time is up.”

Biden went into the debate — one of two featuring 20 of the two dozen Democrats running for president — at his most vulnerable since launching his campaign two months ago. In the weeks leading to Thursday, his opponents grew more confident in their abilities to tangle with him, be it on his waffling on abortion funding to his nostalgia for the camaraderie he established with segregationists in the Senate. At a recent fundraiser, Biden talked about his working relationships with James Eastland and Herman Talmadge, prompting fresh criticism.

Biden campaign officials who spoke with reporters hours before the debate said repeatedly that Biden was prepared to defend himself against such attacks, talk about his record, and steer the conversation toward the future and his “plan for America.” But they also set somewhat conflicting expectations, questioning why any of Biden’s rivals — most of them decidedly less known to voters — would waste their limited time on stage clashing with him.

The theory Biden’s team holds to is that the narrative shaped on Twitter by the political elite, including the national political reporters who cover his campaign, does not reflect how voters actually see Biden, or how the race is playing out in real time. (“Twitter vs. Voters,” Kamau Marshall, Biden’s director of strategic communications, tweeted after Thursday’s debate.)

“If you just listened to the news for the last week, you wouldn’t hear about what he was going to do as president,” Symone Sanders, a senior adviser for Biden’s campaign, told reporters here Wednesday. “You’d hear about all the flim-flam in the media.”

On Wednesday, when 10 other Democrats took the stage for the first debate, there was some evidence his team might be right. Sanders and deputy campaign manager Kate Bedingfield were prepared to storm into the spin room and defend their boss against the attacks that many in the media were sure would come from lesser-known candidates starved for attention. No such attacks materialized. His aides had trouble containing their glee and surprise. They returned Thursday night, along with campaign adviser Anita Dunn, on the defensive. Unlike most of his rivals, Biden was unwilling to venture into the spin room himself — a decision campaign officials revealed before the debate, and one he stuck to even after things didn’t go as planned.

The Thursday debate and the coverage of it — particularly of Harris, who had been stuck behind Biden and other upper-tier candidates — will test their theory of the race.

It was the first time Biden, who had largely avoided Democratic Party events with the other candidates, was on equal footing with anyone else. Thursday night made clear that that’s not where he wants to be.

More on the Democratic Debates