As Halloween approaches, Rudy Giuliani is looking scarier than ever, according to a new cartoon by Jim Carrey in New York Magazine. (See it below.)

Reports emerged that President Donald Trump’s personal lawyer is being investigated for his Ukraine dealings after two men who helped him dig up dirt on former Vice President Joe Biden were arrested on campaign finance charges. One of them also paid Giuliani $500,000 for something but the attorney won’t reveal what.

The FBI probe reportedly has a counterintelligence component indicating that Giuliani may be considered a threat to national security, a former FBI agent said Wednesday.

The former New York City mayor has already been in hot water for trying to get Trump to use his office to pressure Ukraine and for refusing to comply with subpoenas related to the impeachment inquiry into Trump.

Throw in Giuliani’s unhinged appearances on news talk shows, and the picture emerges of a pretty terrifying dude who can frighten just about anyone: 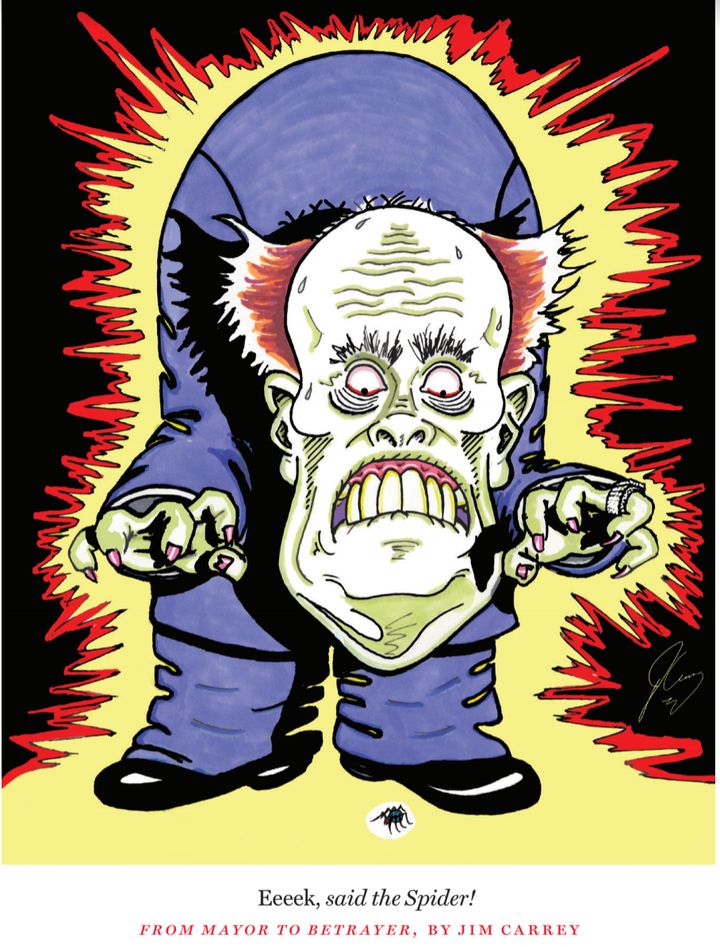 “From Mayor to Betrayer,” Carrey titled his work.

The cartoon appeared in the Table of Contents of New York Magazine’s print edition and in an article about House Speaker Nancy Pelosi’s impeachment strategy online.

And now it will be etched in your mind until you can find a way to get it out.