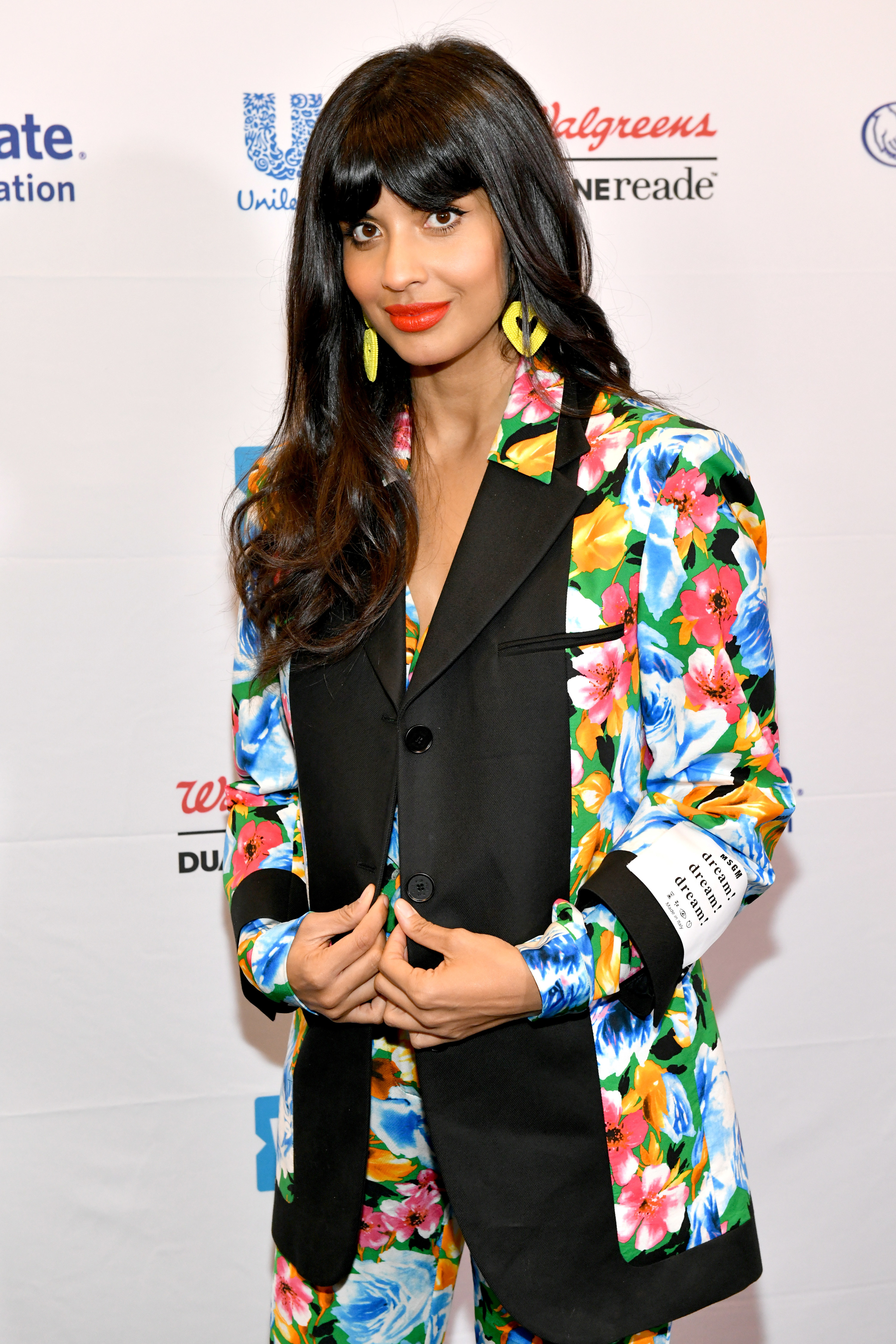 Jameela Jamil — a star of NBC’s The Good Place who has built a strong online brand as a woke body-positivity activist — said she only learned about George W. Bush on Wednesday after initially defending TV host Ellen DeGeneres for hanging out with the former US president.

Confused by that collection of words? Let’s take a step back.

DeGeneres and her wife, Portia de Rossi, on Sunday attended a Dallas Cowboys game in Texas, where the talk show host was seated next to the ex-leader of the Republican party.

Pictures of the two laughing together soon went viral and DeGeneres, a self-described liberal and one of the most famous lesbians in the world, was criticized by some online for associating herself with Bush, pointing to his legacy in launching the Iraq war, his opposition to same-sex marriage, and his support for Brett Kavanaugh.

On her Tuesday show, DeGeneres defended her friendship with Bush, comparing it to relationships she has with friends who wear fur. “I’m friends with a lot of people who don’t share the same beliefs that I have,” she said.

“When I say be kind to one another,” she added, “I don’t mean only the people that think the same way that you do. I mean be kind to everyone.” 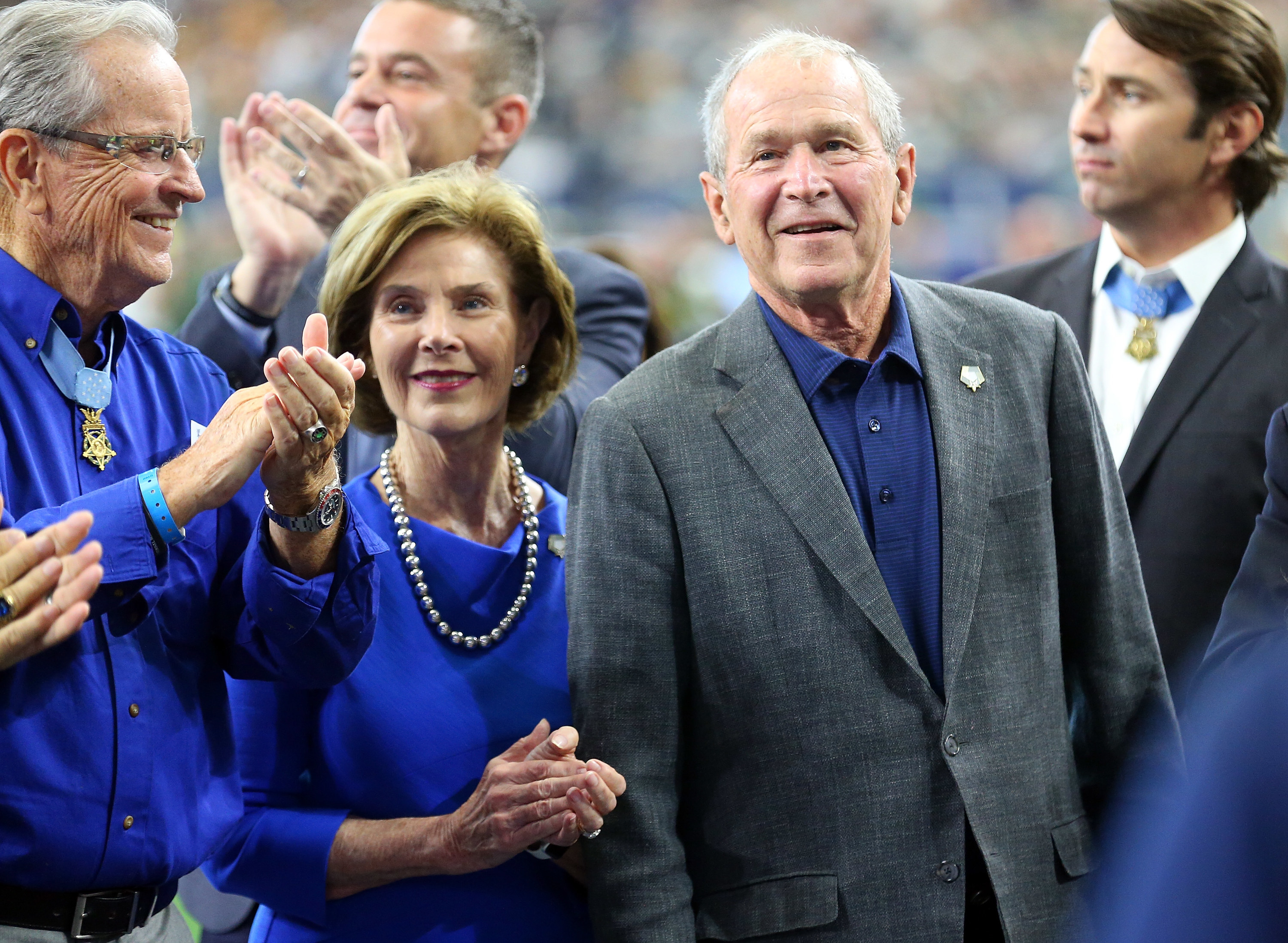 Sharing the video of DeGeneres on Twitter on Tuesday, Jamil praised the talk show host for her “incredibly strong” handling of the controversy.

“I’ve never seen someone in the public eye handle something like this, in this way,” the British actor added. “And use it to make what is actually an incredibly necessary point in our society. It was just very strong and interesting. We explore this in season 4 of The Good Place.”

But much like DeGeneres, Jamil soon began taking heat for glossing over Bush’s legacy with her feel-good response.

By Wednesday morning, though, Jamil had deleted her original tweets defending DeGeneres and replaced them with another.

Jamil, 33, would have been 14 when Bush first entered office and 16 when the US invaded Iraq, a massive news event that drew international protests including hundreds of thousands of people marching in London — where Jamil grew up — in what was described at the time as the largest-ever rally in British history.

The section of her tweet about “our own epic nightmare of a prime minister back then” appeared to be a reference to Tony Blair, the former Labor prime minister who saw his popularity plummet after he aligned himself closely with Bush and took the UK into Iraq.

So given Jamil’s age and the global implications of the Bush presidency, people were suspicious whether she was truly as ignorant as she claimed to be.

But Jamil stuck by her claims, hitting back at those who she said were being “pompous” about her “learning and growth.”

“Very interesting to see some pompous responses from people because someone from the other side of the world didn’t learn about a president in your country when they were a teenager,” she said. “Are you experts on all world leaders from back then? Ridiculing learning and growth is weird. ??”

Her openness about her own ignorance earned Jamil some fans, who praised her for educating herself.

But then Luke Bailey, a former BuzzFeed UK staffer who now works as a digital editor for the i newspaper, dug up old tweets from Jamil in which she did appear aware of Bush and the chaos in Iraq.

Jamil then hit back, saying that she knew only Bush was “an idiot” because she had been “really ignorant.”

“I knew who he was. We were just told he was a fool,” she wrote. “We didn’t learn about his treachery… and since then I’ve been learning about feminism and racism, because I’m not a white man, and had a lot to fight *now*. Don’t have as much time as you for history.”

(When Jamil wrote the Bush/Celebrity Big Brother tweet she was 26 and working for the BBC as a music presenter.)

The actor said that instead of researching history she had been busy studying feminism and reading writers like Roxanne Gay and Gloria Steinem. She also compared her younger self to The Good Place character Jason Mendoza, a well-meaning simpleton played by Manny Jacinto.

She also shamed Bailey, the news editor, for searching her old tweets.

“Luke. You *desperately* need to get a job,” she added. “I grew up and started changing laws and speaking at the UN. You grew up and are spending week day’s going through tweets from almost 10 years ago…”

A representative for Jamil didn’t respond to a request for comment from BuzzFeed News, but the star remained defiant on Twitter.