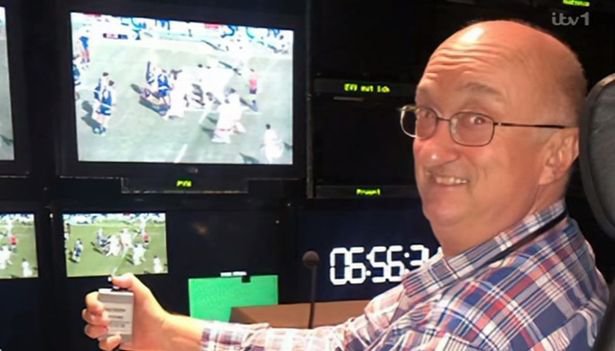 Pearce’s death was announced on air by sports presenter Mark Pougatch, ahead of Monday’s World Cup game between Wales and the USA.

‘We have some very sad news to bring you from here in Qatar,’ he began.

‘Our technical director, Roger Pearce, who was here embarking on his eighth World Cup has sadly passed away.

‘Roger and his team are the brilliant people who bring you the pictures into your homes and make it all happen.

So sad to hear of the passing of my friend and former colleague at ITV Meridian, Roger Pearce. He died on his last assignment in Qatar before retirement in 5 weeks time. RIP Roger.

He continued: ‘He always had a smile on his face and left a smile on your faces. He was utterly dedicated, professional, charming and hugely popular. He will be missed by so many people inside the industry and at home.’