When the company behind the world’s top-earning YouTube star Ryan Kaji (of Ryan ToysReview)— who earns an estimated$22 million a year— first decided to expand into toys in 2017, the team reached out to Bonkers Toys.

“At the time, it was taking a big chance because no one had done anything like it before,” Deborah Stallings Stumm, senior vice president of sales and marketing at Bonkers, told Business Insider. “Other toy companies would send Ryan products and compensate him for reviewing the toys, because they knew the value of what he could do and the number of views he would receive for those videos.” But none had made Ryan-branded toys.

Today, merchandise — including toys — is an established way for an influencer like 8-year-old Ryanto extend their brand.

But at the time, working with an influencer to create an original toy felt risky, Stallings Stumm said. Still, Bonkers saw the opportunity when Pocket.Watch, the company that owns the licensing to “Ryan’s World,” reached out.

Ryan is known for hisunboxing videos, particularly those with mystery boxes. So the first product Bonkers decided to make for “Ryan’s World” was a “giant mystery egg,” which includes many toys.

That toy, “Ryan’s World Giant Mystery Egg,” became a hit. It was recognized as a top-rated kids toy in 2018 by Walmart and is available at major retailers like Target, Amazon, and Walmart.

But the mystery egg was just the start of an emerging business for Bonkers.

Establishing a name in the digital-media toy space.

Bonkers, founded three years ago by Brian Bonnett (president and CEO), Jade Throgmorton (creative director), and Stallings Stumm, who heads the marketing department, has made a name for itself making toys focused on influencers and other digital-media properties.

“We noticed there were a lot of changes going on in the toy industry,” Stallings Stumm said. “Kids are not really watching television, they are online, on social media. And the stars these days are YouTube stars.”

But Stallings Stumm said the team still felt kids would like to have something tangible to go along with their new digital interests.

Bonkers launched its first product in partnership with the popular mobile game Slither.io, which Bonnett got the idea for after watching his son continuously playing the game.

“What really put us on the map was our Slither sales,” Stallings Stumm said. “We placed them in Target and Walmart, which really set us on the right path.”

Bonkers also found that mystery boxes were a big hit.

“Kids love the mystery, surprise element of not knowing what they are going to get,” she said. “We leveraged that blind unboxing element first with the Slither brand, and saw it became quite successful.”

Then came Ryan’s World, where Bonkers built on what it learned with Slither.io.

After the success of the launch with Pocket.Watch and Ryan’s World, Bonkers is expanding to other influencer clients. (Ryan’s World has expanded its licensing deals, too, and is working with other toy companies.) Bonkers has created a toy line with FGTeeV (a family gaming channel with12 million subscribers) and is working with other influencers who haven’t yet been announced. 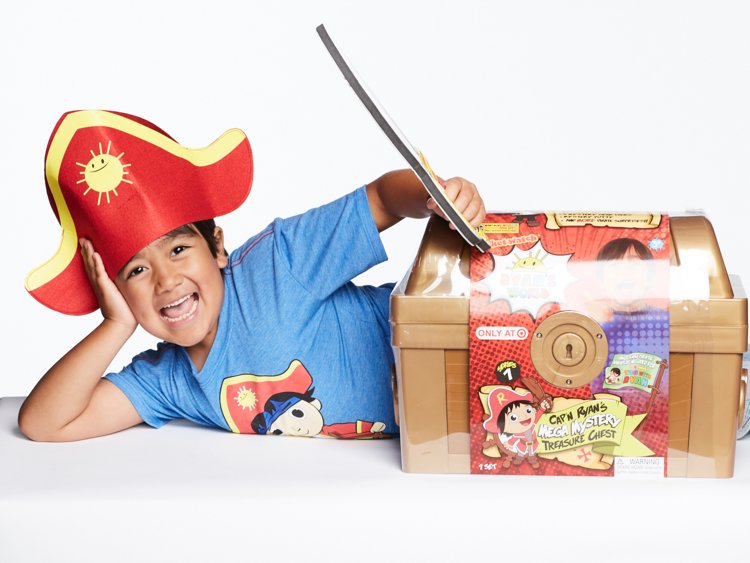 Ryan ToysReview began working with Bonkers at the end of 2017.Bonkers Toys

Partnering with the right influencers and driving sales.

The key to a successful influencer toy line is collectability and working with a family-friendly YouTube channel that’s willing to promote the product, Stallings Stumm said.

She said being active and reaching parents on platforms like Facebook has also been important because not everyone is on YouTube with their kids. Bonkers also promotes at industry events and submits toys for traditional parenting magazines.

But what’s really helped Bonkers is working with the right influencers.

“We don’t need television advertising for this brand,” she said of Ryan’s World. Bonkers knew that if it pulled off the collaboration with Ryan ToysReview correctly, it would be massive because of the engagement and following he has online.

For more on how influencers are profiting from their success online, according to industry professionals, check out these Business Insider Prime posts: