An early highlight in Montpellier was Anne Teresa De Keersmaeker’s solo “Goldberg Variations,” which seems to ask: What is it to dance? What do our bodies know? 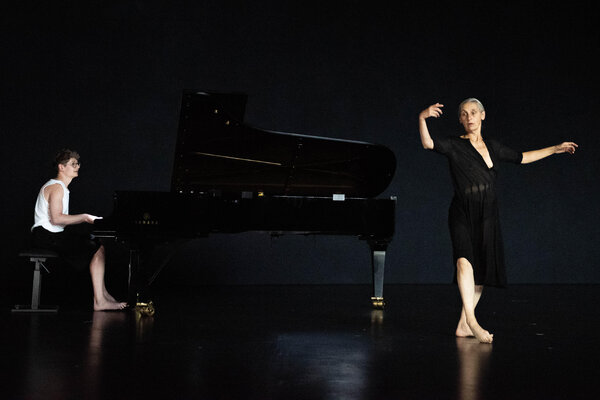 MONTPELLIER, France — At the end of her new solo, “Goldberg Variations,” on Tuesday night at the Montpellier Danse festival, Anne Teresa De Keersmaeker held up a hand to stop the applause. “I want to thank you for being here,” she said. “This is a difficult time; without live audiences, there would be no performing arts.”

The solo was supposed to have had its premiere in May and been presented again during the Montpellier festival’s 40th-anniversary season this summer. Then, like every other cultural event in Europe and beyond, the festival was canceled because of the coronavirus pandemic. But unlike many summer festivals, which pushed back their programming to 2021, Montpellier Danse has gone ahead, and so has “Goldberg Variations,” which had brief runs in Belgium and Austria this summer before coming here.

Jean-Paul Montenari, the director of Montpellier Danse, isn’t pretending that it’s business as usual at this year’s festival, which opened on Sept. 19 with Dominique Bagouet’s 1990 “So Schnell” and will close on Dec. 28 with a work by Mourad Merzouki. “The dance professionals from all over the world, the intensity of many performances happening at once, the encounters in the street, the heat of summer, all of that is gone,” Mr. Montenari said in an interview. With a great deal of juggling, the festival managed to keep 75 percent of its program, he added.

And he echoed Ms. De Keersmaeker’s point. “The essential is there: presenting work to an audience.”

Still, coronavirus cases have spiked again in France, and on Wednesday night President Emmanuel Macron imposed a curfew of 9 p.m. in nine cities, including Montpellier. The good news is that the theaters can remain open; the festival has simply moved shows to a 7 p.m. curtain. 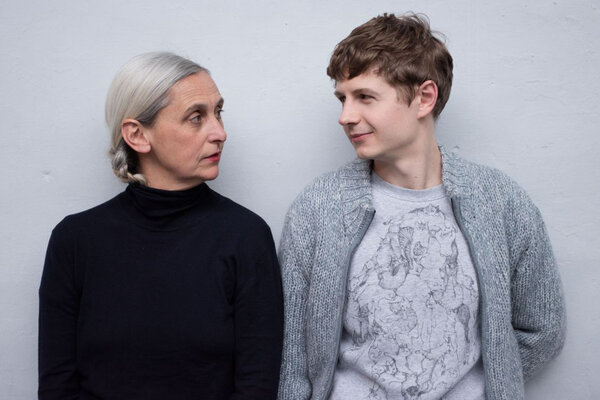 On Tuesday, Ms. de Keersmaeker’s gratitude seemed reciprocated by the audience, who sat rapt (and masked) through the two-hour work, in which she dances to Bach’s monumental composition played by the remarkable young Russian pianist Pavel Kolesnikov. Her decision to make a solo piece was oddly apposite. In interviews, Ms. De Keersmaeker has said that she began to create the solo in New York in January, while working on the Broadway production of “West Side Story,” well before the coronavirus was perceived as a global problem. After the show shut down, she returned to her home in Belgium, suddenly free of her usual commitments to her company and school, and continued to develop the material.

It’s been 40 years since Ms. De Keersmaeker began her professional career with another solo, “Violin Phase,” also made in New York. She recently turned 60, and “Goldberg” is a long way from the insistent formal brilliance of “Violin,” though there are echoes. They are soft but present, the reverberations of 40 years of life lived, experienced and shown in the body.

Ms. De Keersmaeker, who begins the piece in a sheer black dress and ends it in gold sequined shorts and trainers — “Go, 60-year-old women!” a woman behind me said — can sometimes look like a teenager onstage, but she doesn’t try to impress with her physical prowess. Her movement is simple: the spiraling turns, swinging legs, gestural vocabulary and sudden weighted drops of the body that always inform her work, and that can seem casual, almost pedestrian without the athletic attack of her younger dancers. But that casualness is deceptive; as she moves, Ms. De Keersmaeker and Mr. Kolesnikov become partners in an exploration of the large-scale architecture and the tiny nuances of the music.

What is it to dance? she seems to ask. What do our bodies know? As she moves through the variations, Ms. De Keersmaeker often echoes musical patterns: canon, counterpoint, retrograde, modulation. But her movement and fleeting facial expressions suggest emotions, memories, history. In both music and dance, this “Goldberg Variations” offers virtuosity and experience — of life, of the stage — resolved into simplicity.

Mr. Montenari, who has been the festival’s director since 1983, said he chose to open the festival (now called “Montpellier Danse 40 Version Two”) with “So Schnell,” reconstructed by Catherine Legrand, to honor Bagouet, who founded the festival in 1980 and died, of AIDS, in 1992. Ms. Legrand took away the colorful costumes of the original, and dressed the dancers all in black; watched on video (the festival gave me access to films of several works that had already taken place), the effect was spare and arresting, with a clean, Merce Cunningham-influenced vocabulary and scattered patterning that often evokes bird or animal life.

The anniversary edition was to celebrate a new generation but also look back at the festival’s history, Mr. Montenari said. In addition to Bagouet, he programmed artists he considered important to the festival: Jiri Kylian of the Lyon Opera Ballet, Raimund Hoghe, Ms. De Keersmaeker and Emmanuel Gat. (The Batsheva Dance Company, a frequent visitor to the festival, was supposed to bring a new work by Ohad Naharin, but was unable to travel.)

“Jean-Paul has a way of acknowledging the process of an artist he believes in, rather than specific pieces,” said Mr. Gat, an Israeli choreographer who lives in Montpellier. “You don’t have the sense that this is your only chance.” His new work, “Lovetrain2020,” his 10th piece for the festival, premiered in early October.

Even onscreen, “Lovetrain2020” was marvelous, a rambunctious yet rigorously staged piece for 14 dancers, set to tracks by the British pop group Tears for Fears (big in the ’80s), outlandishly costumed by Thomas Bradley: ruffles, peculiar shapes, huge skirts, missing parts of clothes, plaid mixed with satin.

Mr. Gat melds gestural detail with larger-scale movement, sometimes working against the music’s rhythms, sometimes with them, frequently in silence. This eccentric physical dialogue with the music — mostly in a minor key and vaguely gloomy in content (did you know that the group’s name comes from their interest in primal scream therapy?) yet somehow gloriously singalong — is exhilarating.

“Lovetrain2020” is everything the small-scale, often somber work made for video during the past months is not. It’s loud, joyous, physical, close. Although it’s a million miles from the introspection and internalization of “Goldberg Variations,” the two dances are alike in a very important way. Both are celebrations — of the body, of performance, of life.

Is Megan McCubbin the stepdaughter of Autumnwatch presenter Chris Packham?