How does splitting the cost of a Ferrari with one of the internet’s largest social stars help the ticket-selling service SeatGeek market itself?

“We are basically a car dealership,” Ian Borthwick, SeatGeek’s director of influencer marketing, said jokingly while on the phone with the YouTube star David Dobrikin the recent video “Buying my dream car,” which has 9.6 million views.

The staged call (orchestrated by Dobrik) is one of dozens between Borthwick and Dobrik that appear within one of Dobrik’s “vlogs,” in which the social star seems to “casually ring up SeatGeek” and ask for money.

“I can help you,” Borthwick says in the video, responding to Dobrik’s request for SeatGeek to “split the cost of a Ferrari” (which, according to Borthwick, they really did) in exchange for a 60-second shout-out.

Since 2017, SeatGeek has doubled down on influencer marketing, which has grown over 1,500% into one of the company’s largest marketing channels, Borthwick said. Looking to compete with rivals like Ticketmaster and StubHub, the company has worked with hundreds of influencers, like Philip DeFranco, who has 6 million YouTube subscribers, and Cody Ko, who has3 million subscribers.

But SeatGeek’s highest-profile relationship is with Dobrik, who has13.9 million subscribers on YouTube.

Dobrik’s partnership with SeatGeek has generated as much search interest as “mainstream partnerships,” like Chrissy Teigen and Target, or Ninja and Red Bull,according to Google Trends data. It has led to over 25,000 Twitter mentions, fan videos with 1 million views, and shout-outs from otherinfluencers. The 30-plus videos SeatGeek has sponsored have gotten a total of 200 million views.

What makes the partnership resonate?

“The reason that people support the partnership is because they are supporting us, supporting David,” Borthwick said. Many of Dobrik’s SeatGeek videos show him using the brand’s money to surprise friends, with gifts like anew Tesla, or bypaying off their college tuition.

In an interview with Business Insider, Borthwick spoke about why the company has invested in influencers like Dobrik and shared some of the common mistakes he has seen brands make when working with social stars. 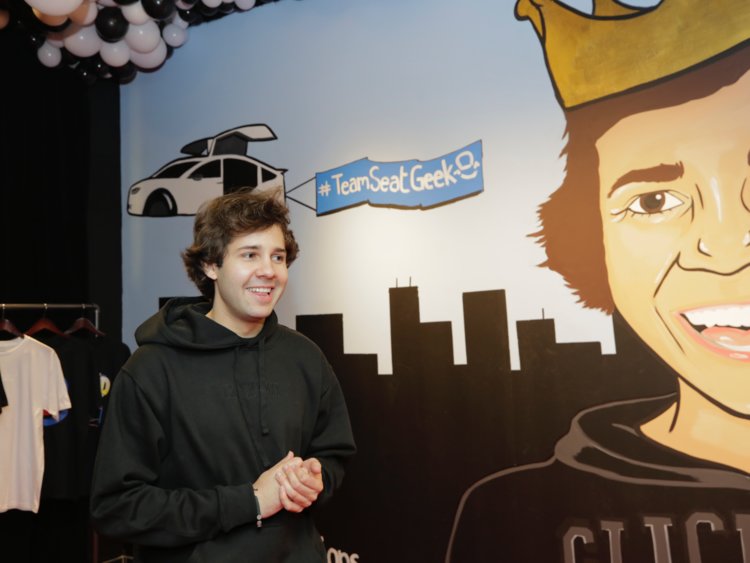 Letting Dobrik be the ‘creative genius’ and measuring the right metrics.

While the views, likes, and engagement a campaign receives are important, Borthwick said the company has focused more on conversion-based metrics, like whether a piece of content has driven a purchaser to SeatGeek.

“While that’s an intimidating metric, because your marketing has to really work, it’s also a very powerful metric because if you are able to get a partnership to work or get influencer marketing to work, it allows you to be really aggressive in the space,” Borthwick said.

SeatGeek has a yearlong contract with Dobrik that has him promote the company every month in some capacity. SeatGeek began working with Dobrik in 2016 and has since worked with him on over 20 campaigns.

The partnership has made waves with Dobrik’s fans.

One YouTube creator, who goes by Jack 2 on YouTube, created a compilation video of “David Dobrik buying expensive things with SeatGeek,” which has 898,000 views. And on Twitter, fans of Dobrik will often share videos or tweets, reciting the ad read Dobrik says in his vlogswith Borthwick.

Borthwick credited that to SeatGeek being “flexible with the creator.”

“David’s not going to do a collaboration on his main channel that he doesn’t feel fits the vlog,” Borthwick said. “When you’re working with David, you are both working together to creatively fit in your partnership in a way that stands apart.”

Borthwick said Dobrik was often the “creative genius” behind each sponsorship, adding that the way he introduces and references the brand in the sponsored content is what makes the relationship effective. 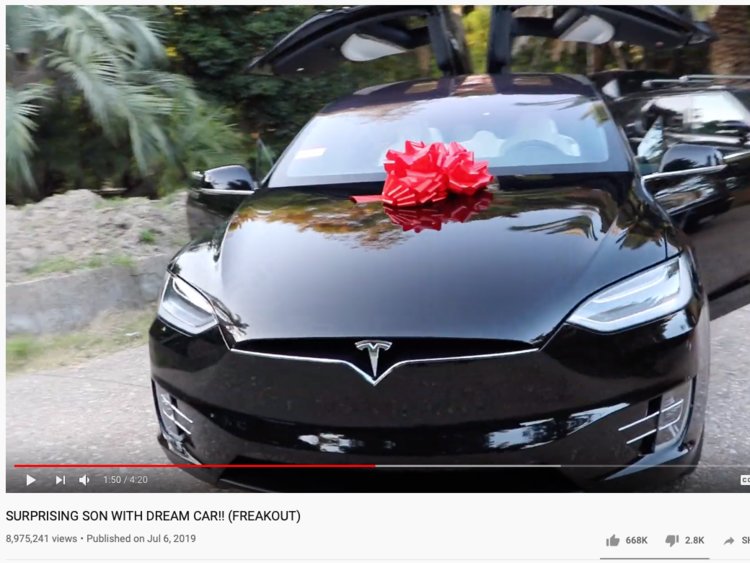 Dobrik’s video in which he surprises fellow YouTube creator Jason Nash with a Tesla was sponsored by SeatGeek.David Dobrik/YouTube

‘Let the influencer do what they do best’ and focus on one-on-one relationships.

To scale an influencer marketing initiative, a brand should focus on its one-to-one relationships with creators through long-term deals, Borthwick said.

SeatGeek’s strategy involves trusting the influencers it works with to come up with the concept and delivery, with some “guidelines” or points it asks the influencer to hit. Good creators know what will capture their audiences’ attention, Borthwick said. And SeatGeek doesn’t want to take away from that.

As a brand, Borthwick said it was important to first decide what metric you really care about hitting. Is it likes, views, or overall drive to your site? Then figure out what audiences care about your brand, and what influencers can promote your product in a way that will interest that audience.

“I think a lot of brands make the mistake of sending over these incredibly complex and restrictive creative briefs,” Borthwick said. “Ultimately, those produce bad influencer marketing.”

Another example of “bad influencer marketing,” he said, is when a sponsorship starts in a YouTube video and immediately the viewer is inclined to skip past it.

“It’s important to take the backseat and let the influencer do what they do best,” he said. 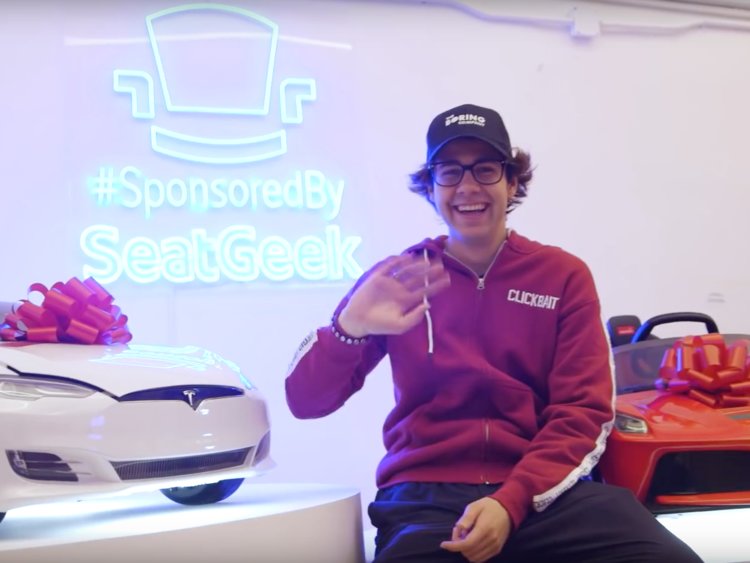 SeatGeek’s “behind-the-scenes” video with Dobrik at his NYC pop-up shop.SeatGeek/YouTube

Over the last six months, SeatGeek has expanded its partnerships into experiential marketing, Borthwick said, which has helped SeatGeek strengthen its relationships with creators and their fans.

Examples of SeatGeek’s experiential marketing tactics include surprising Dobrik with a “postgame press conference,” or “room full of 20 reporters who asked Dobrik their toughest questions,” Borthwick said. In less than 24 hours, the video on YouTube has gained over 350,000 views.

“We spend a lot of time thinking how we are going to integrate with a creator,” Borthwick said. “If you let your guard down and really lean into the joke of the entire thing, you can reach a level where the audience really celebrates you and you don’t feel like some stuffy brand. They view you as a content creator yourself, who is a part of this weird, die-hard loyal community of fans.”

For more on how to become a successful influencer, according to YouTube and Instagram stars, check out these Business Insider Prime posts: