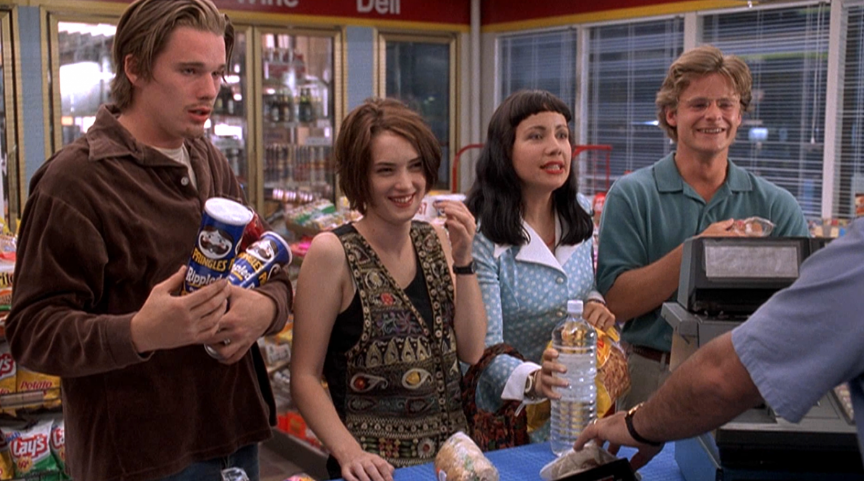 There’s been much ado about how Gen Z and millennials are slagging off baby boomers with the quip “OK boomer.”

Gen Z has taken to calling Gen X — once a mere bystander in the generational wars — the “Karen generation,” as in Karen, the middle-aged white mom who is always asking for the manager and wondering why kids are so obsessed with their identities.

Karens are generally “privileged from the system the boomers set up for them and [are] now acting entitled and working against Gen Z,” explained Julia, a 23-year-old in Norway. “They’re usually racist, homophobic, and transphobic, don’t believe in vaccines or climate change, and are mostly also the parents of Gen Z children.”

The stereotype, Julia said, is that Gen X fundamentally doesn’t understand the causes that Gen Z cares about. Gen X’ers also have a tendency to “stand their ground and act like everybody else is wrong and they’re always right.”

“Especially in Norway, where the strike for climate change is going strong, you see parents mocking Greta Thunberg and the other young adults participating because they themselves are not willing to change how they live their lives,” she added.

Julia is one of many young people who have tweeted about Gen X’s new moniker.

It’s started bubbling up as Gen Z began to sort out who is a boomer and who is Gen X.

This timing makes sense: Gen X is now approaching middle age. Gen X’ers are generally the parents of Gen Z, which gives teens extra motivation to rebel against them.

According to the Social Security Administration, the name “Karen” also happened to spike in popularity around the early 1960s. Gen X’ers are those born between 1961 and 1981.

This all came out recently in the comments of a TikTok about intergenerational fighting.

The TikTok concluded that Gen X wasn’t going after anyone, but the comments heartily disagreed. 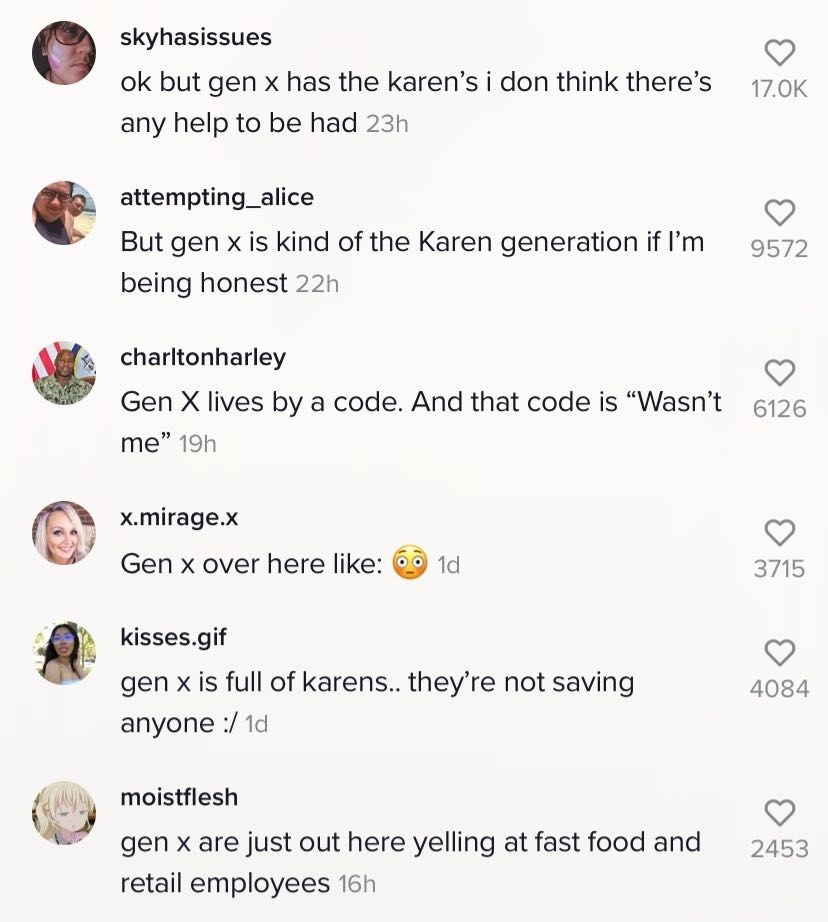 “Gen X are just out here yelling at fast food and retail employees,” said one person.

“But Gen X is kind of the Karen generation if I’m being honest,” said another.

“Gen X is full of Karens… they’re not saving anyone,” commented Hailee Wong, 17, from San Diego.

The problem, Hailee said, is that Gen X applies its trademark nihilism to issues Gen Z cares deeply about.

“They’re generally our parents, the ones who invalidate the LGBT community or (basically any) issues in the world today,” she said.

She added, “Yes, baby boomers are invalidating people and starting trouble, but Gen X is part of the problem as well. They follow their parents, whereas millennials and Gen Z has seen how detrimental the mindset of generations before them has been and tries to incite change.”

This is all, of course, based on stereotypes, and generational feuding has been around as long as humans have.

The other sticky thing is that “Karen” has a gender bias. While the label can be applied to anyone, the image is generally of a shrill woman. Julia agreed that the stereotype is sexist, and she wishes it were more gender-neutral.

“It’s so normal to use female names if you want to create a nagging narrative, as men are never seen as such,” said Julia.