BAYEUX, France (Reuters) – The French town of Bayeux has been home for nearly a millennium to a tapestry depicting a bloody battle for power.

Now it has another.

An exhibition featuring a tapestry illustrating the events of hit HBO TV show “Game of Thrones” opened in Bayeux, Normandy, on Friday – just down the road from the museum where its eleventh century inspiration is housed.

The tapestry was created in Northern Ireland, one of the principal filming locations for the series. Around 30 stitchers worked for some 1,500 hours on the stretch of linen, which begins with King Robert Baratheon visiting the Starks in Winterfell.

Some 87 meters (95 yards) later, it ends in fire and blood with the final, controversial, scenes of the eighth season.

It would have been a challenge that also faced the medieval embroiderers, who created the famous 70-meter Bayeux tapestry to recount the invasion of England by William the Conquerer. The work brings to life scenes such as the 1066 Battle of Hastings, where Harold of Wessex is shown dying with an arrow to the eye.

“The ‘Game of Thrones’ tapestry references the Bayeux tapestry stylistically and in terms of some of the motifs that have been used and the way that the story unrolls in a linear fashion,” said Wilson. 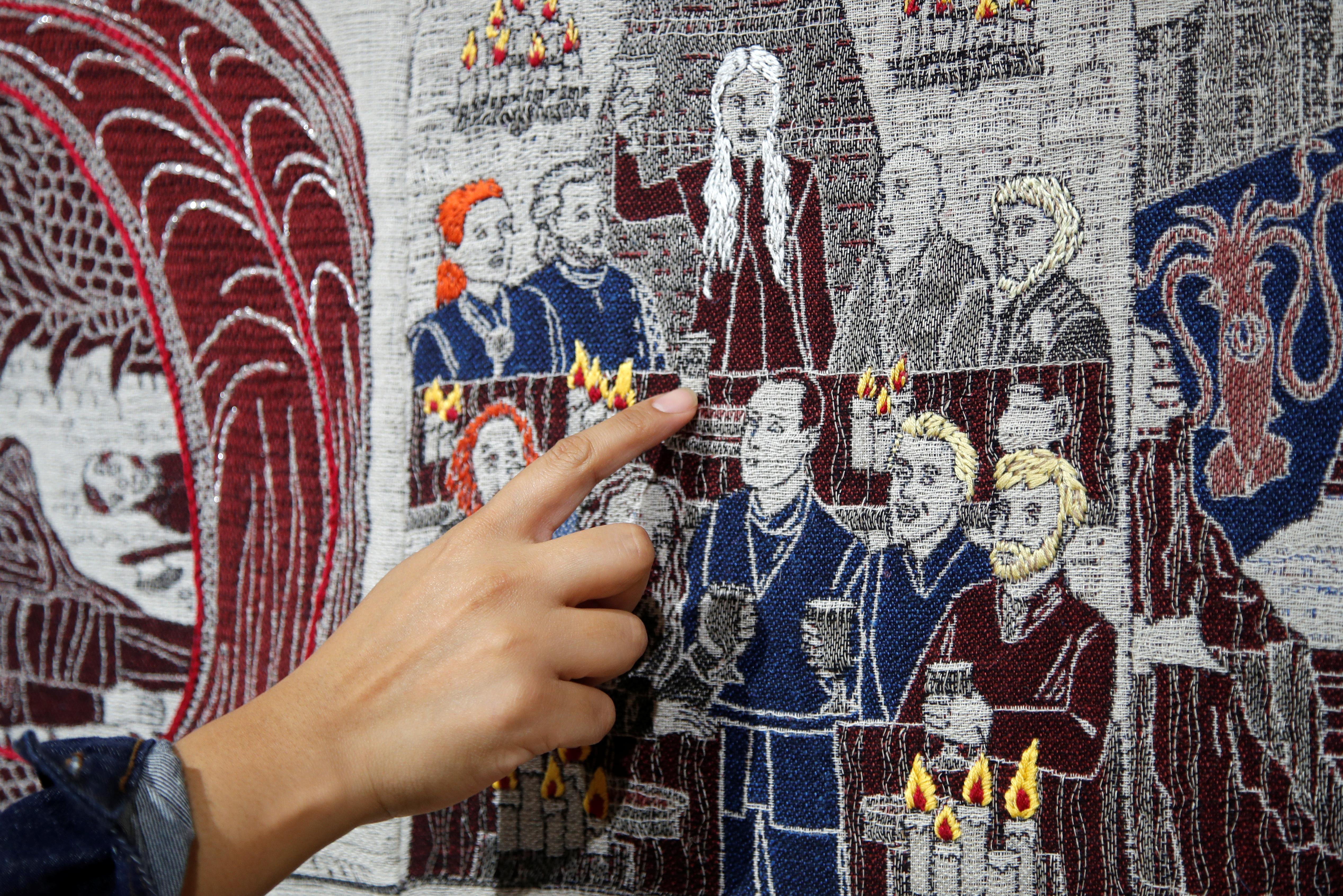 The two tapestries also address a common theme, said Antoine Verney, chief curator of the Bayeux Tapestry Museum. “It’s whether we can justify violence to claim power,” he said.

The show was based on the “Song of Ice and Fire” books by George R.R. Martin.

The “Game of Thrones” exhibition in Bayeux runs from Sept. 13 to Dec. 31 at the Hotel du Doyen, on the site where the Bayeux Tapestry itself was originally displayed before its eventual move to the dedicated museum nearby.