Is it getting hot in here, or is it just Dwyane Wade and Gabrielle Union? Because they just admitted that they use role-play to keep their sex life exciting — and, TBH, I’m feeling a little flustered (in a good way). The two have been together on-and-off for almost a decade and married for five of that so, hey, I get it. When you’re in a longtime committed relationship, you put in the work to keep things hot. Fortunately, work in this scenario is effectively foreplay.

The former NBA pro spilled the naughty details during an appearance on Watch What Happens Live With Andy Cohen on Tuesday night. “We do role-play,” he shared, pointing to the fact that sometimes you’ve gotta shake up your routine when it becomes, well, too routine. “We keep it fresh. We try to keep it exciting because you get into a routine sometimes and you be like, ‘Tomorrow.’ And then tomorrow goes to two months when you ain’t getting no action, we got to do role play.”

And when it comes to their role-play, Wade and Union apparently lean all the way in. “We go out at night. We be strangers and I get into character,” he confessed, adding there is sometimes hair-pulling and partial nudity involved. “We go out at night, we’ll be strangers… I gotta be like take your clothes off and go walk down the street! Let’s take it back to Rodeo Drive!”

A few things here. First of all, I’m low-key obsessed with how transparent Wade is about the reality of sex when you’re in a long-term relationship. There’s typically a stigma attached to admitting that sometimes you blink and a few weeks fly by with little to no bedroom fun — and, hello, this feels especially true when you have young kids.

But that’s how it goes. You get comfortable. You fall into patterns. Those patterns don’t always include sex. As someone who has been married for roughly one million years, I understand intimately (or not intimately, as it were) what Wade means when he says “tomorrow goes to two months.”

That’s also why I understand the importance of shaking things up. Keeping things interesting and exciting. You name it and my husband and I have probably tried it at least once because, when you’re together as long as we have been, you get creative. And Wade’s little confession has me thinking that it might just be time to use our imaginations outside of the bedroom a little more, too.

I mean, I did theater in college. So, when it comes to role-play — dare I go there? — bring it on.

Click here to get more sexual inspo from sex-positive stars. 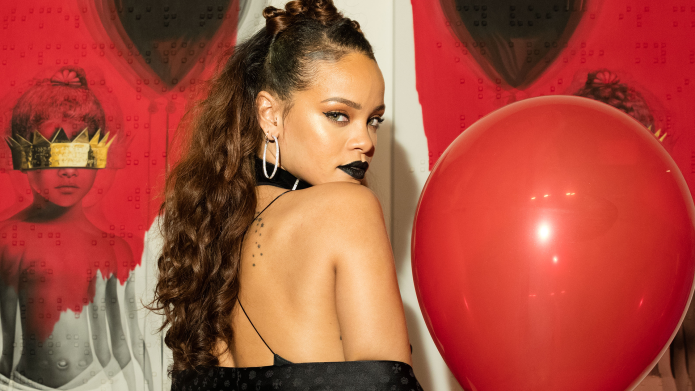 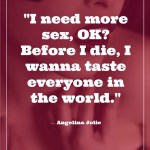 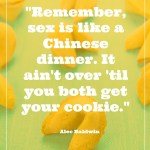 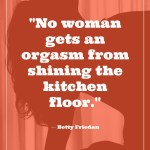 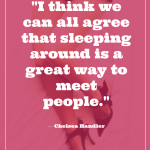