In the teaser, the Bravolebrities gathered via Zoom. After Shannon struggled to get her sound on, Dorit declared that “all of us are back.” Melissa then revealed that there was an incoming call from Salt Lake City.

“It looks like someone’s trying to join,” Melissa said. 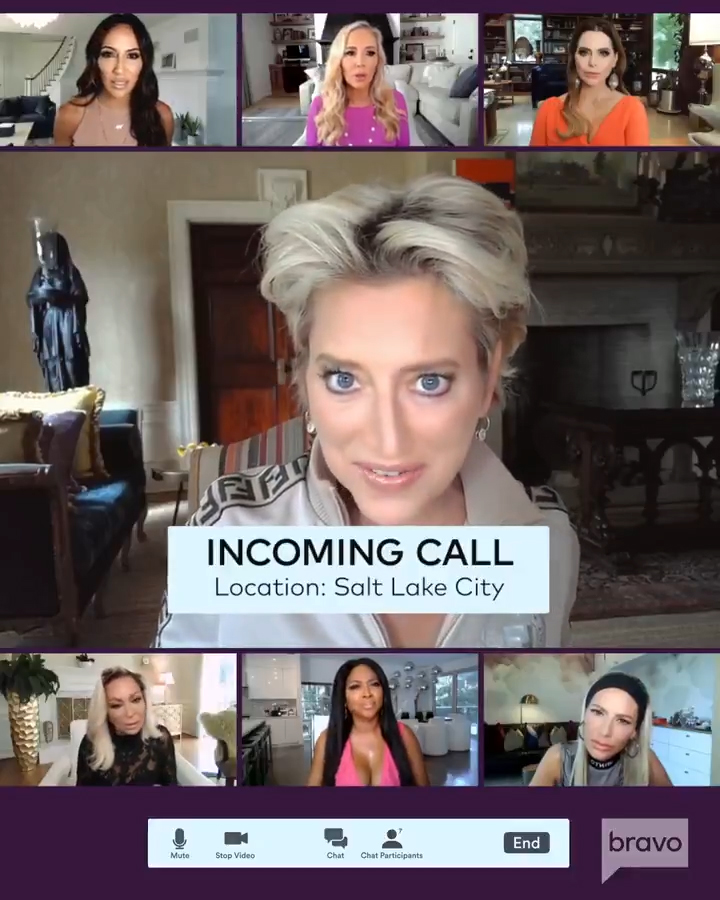 “Do they not know this is invitation only?” the RHOA star asked.

Real Housewives Who Have Been Demoted Over the Years

Bravo announced plans for RHOSLC at BravoCon in November 2019. Nearly a year later, the show is set to debut this fall. The network’s promo for the new city aired two days after Dorinda confirmed she wouldn’t be back for season 13 of RHONY.

“What a journey this has been. I have laughed and cried and tried to Make it Nice,” she wrote via social media on Tuesday, August 25. “But all things must come to an end. This was a great outlet for me to heal when my late husband Richard passed away. I have met so many interesting people and learned so much about myself, about life and about women along the way. Thank you to Bravo and NBC for the incredible ride and to my castmates for constant stimulation and entertainment. I wish you all health, happiness and success.”

A source later told Us Weekly that Dorinda’s departure came after a meeting with the network.

“Dorinda had a meeting with Bravo where they talked about possible shakeups in the cast, how Dorinda was feeling after this very hard season for her and they both agreed it would be best for her to step down,” the insider said. “Friends around Dorinda are hoping she takes time to focus on herself and making herself happy in this next chapter of her life.”