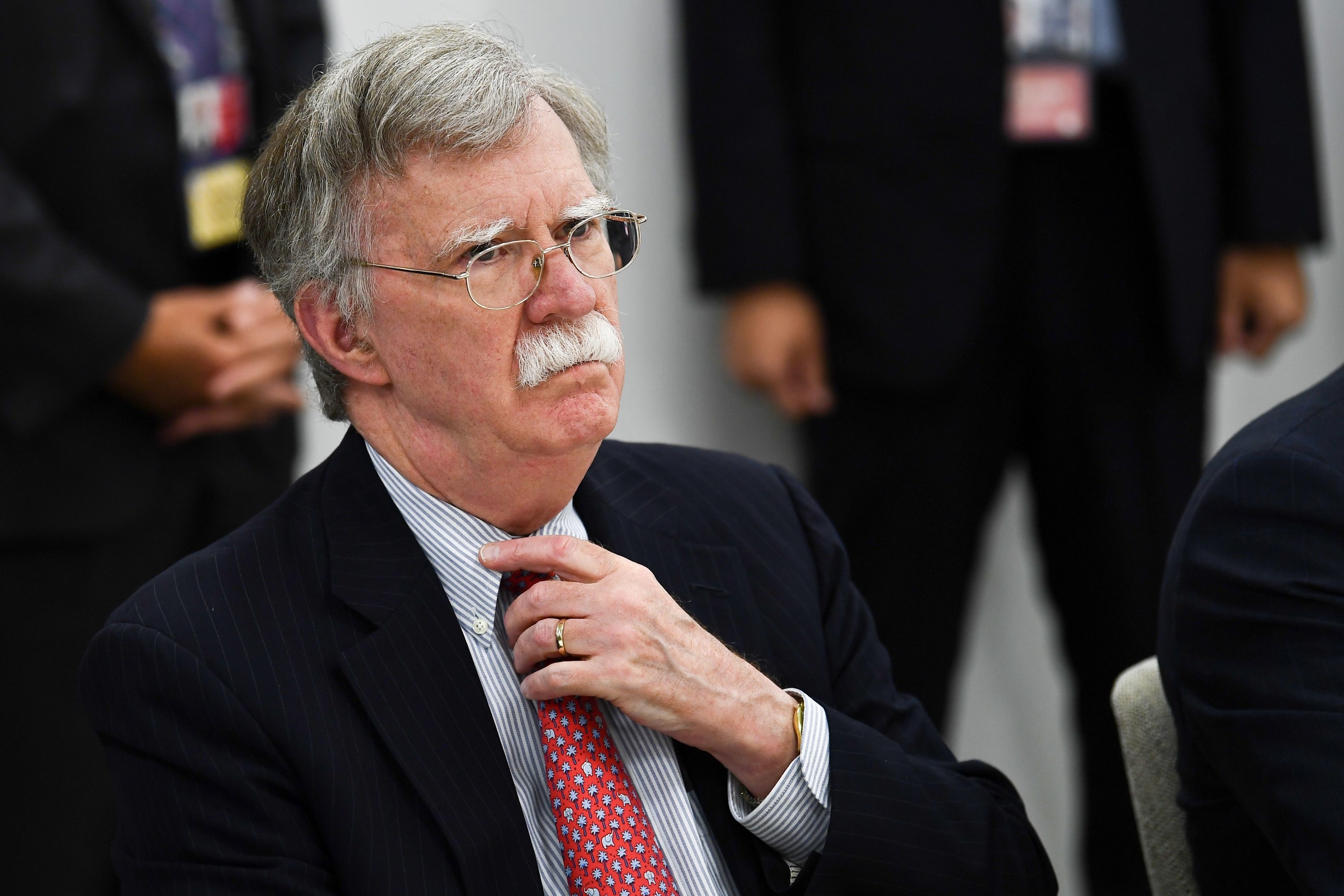 President Donald Trump likes to talk a tough game — saddling his rivals with mocking nicknames, promising unrivaled destruction to those who cross him — but when it comes to follow through, he is not a man of action.

John Bolton swept into the White House as Trump’s national security adviser in March 2018, rousing fears that he would catapult the US into the sort of messy foreign entanglements he has spent a career advocating — war with Iran, war with Venezuela, war with North Korea. But, a year and a half later, he leaves the White House having accomplished little and proving yet again that Trump is not propelled, especially in the sphere of foreign policy, by any ideological conviction but instead by personal glory. Does he really want a nuclear deal with North Korea? Only if there’s a nice photo-op.

Trump’s foreign policy has been chaotic. Just three months after he was inaugurated, he ordered airstrikes on Syria and days later dropped the “mother of all bombs” on Afghanistan. One year later, he ordered another military strike on Syria in response to a chemical weapons attack.

But other than these outright shows of force (which were one-offs, rather than part of any cohesive plans), he has proven willfully resistant to the sort of warmongering that Bolton has come, over the years, to encapsulate. In one read, this is Trump following through on campaign promises to keep the US out of the sort of military escapades pushed by the previous Republican administration. In another, this is Trump avoiding the sort of moves that fall outside of his “art of the deal”-esque diplomatic maneuvers that result in personal attention for him — be it a trade war with China, or shaking Kim Jong Un’s hand.

The fit with Bolton, his third national security advisor, was almost always destined to be awkward — let’s not forget that Bolton was reportedly originally kept out of the administration over the president’s concerns about the former United Nations ambassador’s trademark mustache. But the time that Bolton spent on Fox News as a contributor helped win over Trump, convincing him that Bolton was the kind of guy that could be tough in the ways he wanted to appear.

In the beginning of Bolton’s time in the administration, he managed to enmesh himself firmly in front of Trump. It was less than two months after Bolton taking office that Trump finally had enough support within his cabinet to withdraw from the Iran nuclear deal, a passion that both men shared.

Bolton acted quickly to develop his fiefdom inside the White House, purging the National Security Council’s staff of appointees from his predecessor, Gen. H. R. McMaster. He also moved to push the president towards action on one of his preferred topics: communism in Latin America. In a speech last October, Bolton stood at the White House podium and referred to a “Troika of Tyranny in this Hemisphere — Cuba, Venezuela, and Nicaragua” that needed to be confronted. In that vein, he helped convince the president to back Juan Guaido, a Venezuelan lawmaker attempting to take control of the country from President Nicolas Maduro.

But what had been pitched as a quick and easy victory came off the rails as Guiado’s efforts hit a wall, leading to Trump reportedly growing bored with the topic by June. Things didn’t get much better between the two men from there. When Bolton and others pushed for a military strike against Iran later that month, Trump called them off at the last second. When Trump met with North Korean leader Kim Jong Un at the DMZ in July, Bolton — despite the national security implications — was nowhere near the main event. Instead, he was off in Mongolia for what his staff insisted was an extremely important trip. He followed that up, less than two weeks ago, with a trip to Belarus, Moldova, and Ukraine — pushing for a tougher US position on the Kremlin’s aggressive foreign policy, something he’s long advocated, and something that doesn’t exactly line up with Trump’s priorities, as he instead advocates for allowing Russia back into the G8 after it was kicked out for seizing territory from Ukraine.

Trump’s insistence that he should host the Taliban at Camp David just days before the anniversary of the 9/11 attacks was one of their last major disagreements. The clash again pitted Trump’s desire to play the part of dealmaker against Bolton’s core beliefs. Unlike Trump and most of the people he surrounds himself with, Bolton is an ideologue — time in the White House isn’t just a gig to him, it’s a mission. And that mission is more important than going on TV to defend the president’s policies, as he reportedly was reluctant to do in recent weeks despite the way their relationship first began.

Well, was more important, anyway. Now Bolton is out and Trump is still Trump.

In an ironic twist given Bolton’s first major policy victory — the death of the Iran deal — his departure may have opened the door to another possible historic first for Trump: the first direct talks between the leaders of the US and Iran since the 1979 Iranian revolution. Rumors are currently swirling that there are plans for a meeting on the sidelines of the UN General Assembly — itself also ironic after Bolton’s years of trashing the place as useless.

The big winner in all of this chaos as Bolton exits is likely to be Secretary of State Mike Pompeo, who as a recent New Yorker profile from Susan Glasser noted has managed to meld with Trump in a way that few other officials have. But will that be all that big a departure from the last year and a half with Bolton steering policy? He’s rumored to be considering a run for the Senate out of his home state of Kansas, but today’s news and the resulting power swing inside the White House may change that.

Pompeo has always been like a plasticine version of Bolton — holding many of the same views, especially about Muslims and US power in the world, but flexible where Bolton is rigid, malleable to the president’s wishes where Bolton remained firm. It’s that tendency that has shielded the former congressman from Trump’s mercurial mood swings, swaying in the wind where Bolton has borne the brunt of them and wound up shattered.