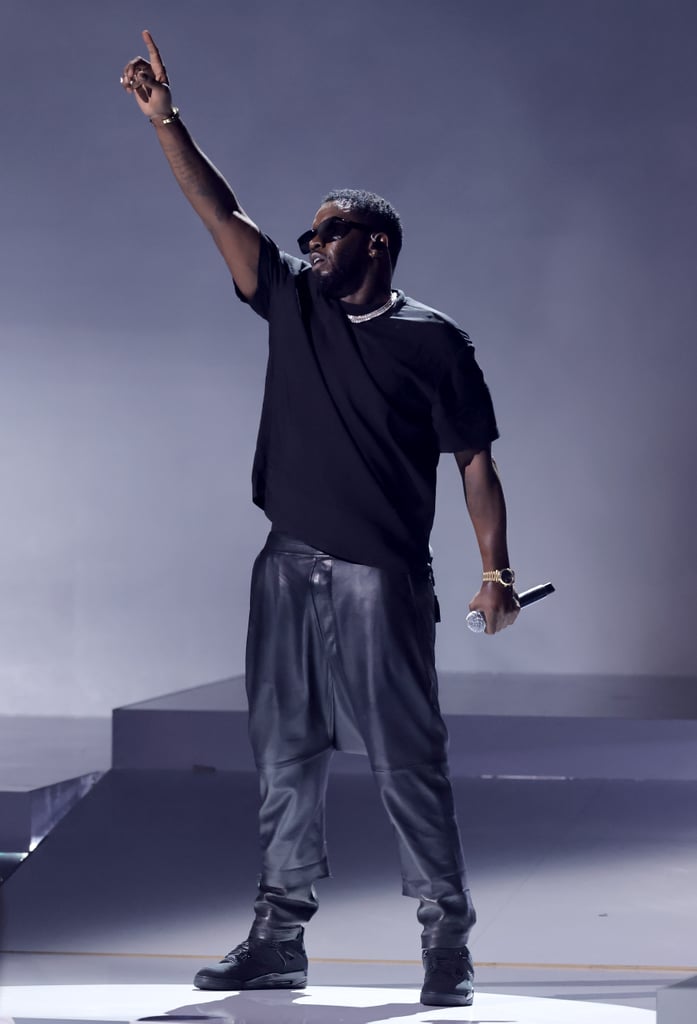 Diddy pulled out all the stops Sunday night for his epic BET Awards performance. In honor of his lifetime achievement award, the icon took us way back to the golden era of the ’90s with a star-studded tribute featuring hip-hop and R&B legends like Mary J. Blige, Jodeci, Lil’ Kim, Busta Rhymes, The Lox, and Faith Evans, plus a surprise performance from rapper Shyne.

From his Uptown Records days to his iconic Bad Boy run, Diddy’s explosive performance was everything fans hoped to see and then some. The music mogul even brought out Bryson Tiller to perform their new single, “Gotta Move On,” which they previously performed at the 2022 Billboard Music Awards that Diddy hosted.

But the best moment of the iconic performance was Diddy’s sweet closing number of “I’ll Be Missing You,” which he dedicated to his late ex-partner Kim Porter, Andre Harrell, and The Notorious B.I.G.

This year’s BET Awards marks Diddy’s latest appearance on the awards show front. In March, he introduced the 50th-anniversary tribute to “The Godfather” at the Oscars. Beyond that, Diddy has been busy making more music moves as he recently announced the launch of his new R&B record label, Love Records. “Music has always been my first love, Love Records is the next chapter is about getting back to the love and making the best music of my life,” Diddy said in a statement of his new venture.

Considering the trail Diddy’s already blazed in the music industry, people are curious to see what more he’ll accomplish on his new R&B-dedicated path. If Sunday’s outstanding performance is any indication, fans are certainly in for a treat.