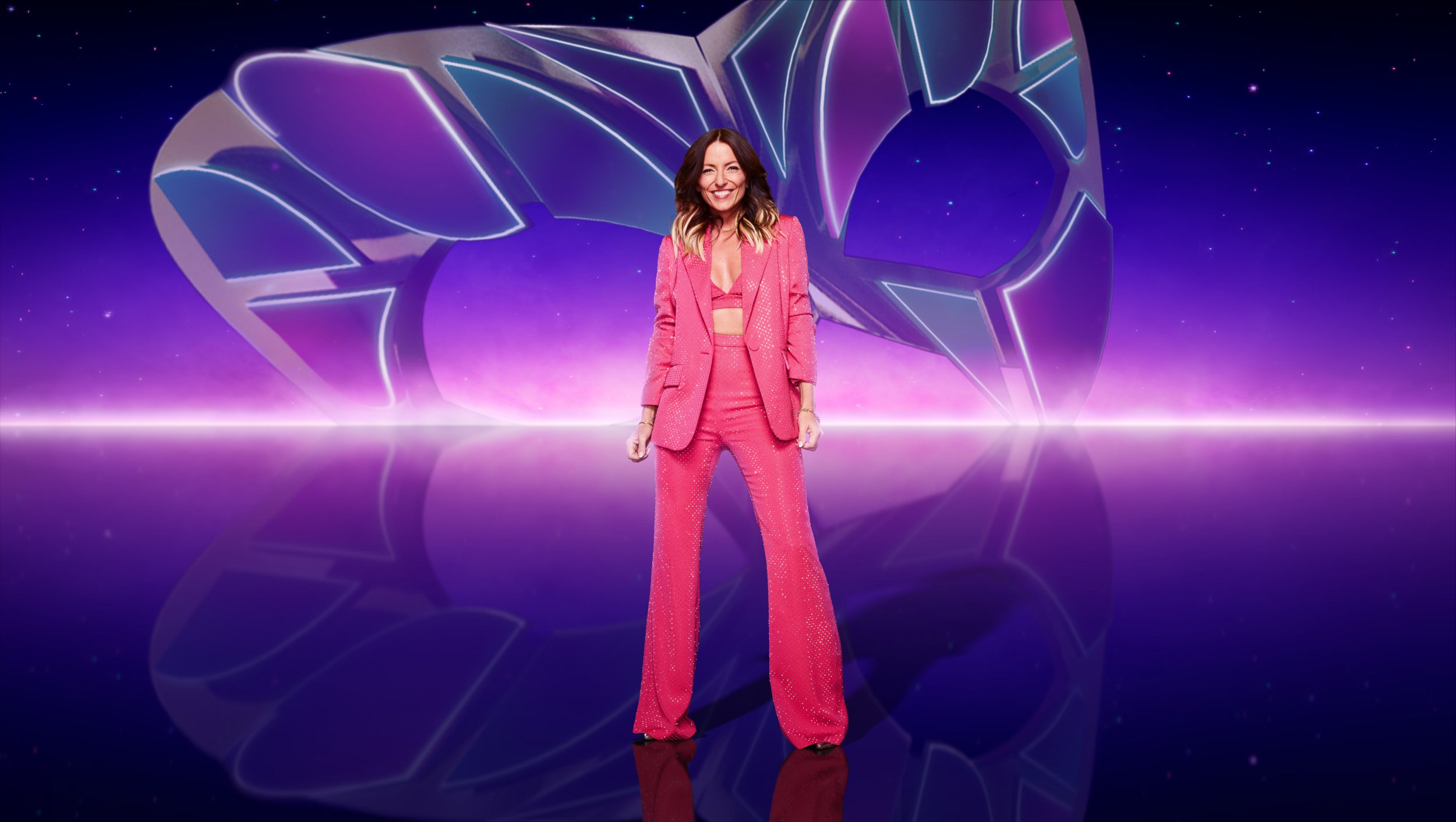 Davina McCall shocked fans when she took up her judging seat on The Masked Singer’s panel sporting a fringe and long locks on Sunday night.

Making her comeback, the TV personality, 55, divided audience members over her latest look that her hairdresser beau has since revealed was a wig.

Michael Douglas, 55, uploaded his creative process to Instagram in which the star could be seen sitting in the hot seat while the hair professional worked his magic.

Davina’s boyfriend explained the long brown hair was in fact a £120 wig as he documented the transformation for his partner.

Beginning the process by wetting her hair and applying products, the hairdresser then plaited the judge’s hair into a braid and clipped it flat so as to keep it out of Davina’s face.

He tried and tested the hair accessory that would ultimately end up on the star’s head for himself, styling it to ensure it was straight.

After aligning the long tresses, the wig was placed on Davina’s head and the professional chopped away at the fringe until it was moulded into her bespoke style for the evening.

Coming back for a new season, the presenter returned to the singing show on ITV and took up her panel position beside Rita Ora, Jonathan Ross and Mo Gilligan.

The reprisal of the fixture that is hosted by Joel Dommett marked its fourth series on TV and fans didn’t know what to make of the departure from Davina’s signature middle parted bob.

Taking to Twitter, fans let their feelings on her new look be known with one writing: ‘Davina McCall may be a queen, but not even she can get away with cutting in a fringe with a knife and fork…’

Another posted: ‘Why does Davina McCall look like a Claudia Winkleman version of the emoji.’

The star also garnered praise for her new look, with one fan writing: ‘Your hair is gorgeous, so is the rest of you of course’.

‘Beautiful look. I thought your hair really suited you, Davina. It was my first thought when I tuned in,’ was another viewer’s comment.

The famous face recently admitted some of the show’s contestants – whose identities remain hidden until they get voted out of the competition – moved her to tears with their performances.

She said: ‘Jellyfish is an extraordinary performer and has made us all feel pretty emotional.

‘Rhino, as well, has been particularly emotive. There are people who completely draw you in.’

The Masked Singer continues on Saturday at 7pm on ITV1.