Some of the possessions of a former princess will soon hit the auction block.

This October, items from the collection of Lee Radziwill, the sister of Jacqueline Kennedy Onassis, will be auctioned at Christie’s New York. Items will include fine and decorative art, books, costume jewelry, photography and memorabilia.

Radziwill made a name for herself as a socialite and fashion icon, and had a brief career as the founder of an interior design firm. She was the wife of a Polish émigré nobleman, Prince Stanislas Radziwill, from 1959 to 1974. And she also had famous, taste-making cronies: her friendships with figures like the architect and decorator Renzo Mongiardino and the writer Truman Capote were well known.

When Radziwill died in February, she left behind a collection of art and memorabilia, portions of which will be included in the Christie’s sale.

“I always say that you get a sort of biography of the client in the objects that they live with,” Jonathan Rendell, a deputy chairman at Christie’s who is working on the auction, said in a phone interview. The sense of Radziwill that comes through in her collection, Mr. Rendell said, is a “love of the exotic layered on top of the New England taste that she grew up with.”

Mr. Rendell said that the auction will include roughly a few hundred objects.

“I’m going through correspondence right now to work out what can be sold, and what the estate is willing to sell,” he added. “Hopefully it will turn out to be a fascinating glimpse of a person who I think everybody thought they knew but didn’t.” 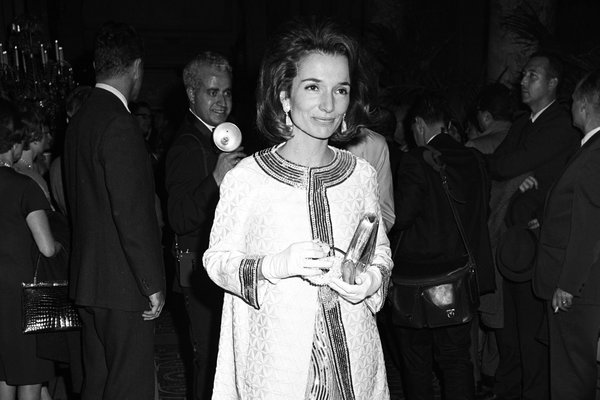