The Notorious B.I.G., stoic and resplendent in front of the twin towers. Tupac Shakur, eyes closed and arms in the air, tendrils of smoke wafting up from his lips. Eazy-E, perched atop his lowrider, using it as a throne. Mobb Deep, huddled with friends on the rooftop of a Queensbridge housing project. Nas, reflective in his childhood bedroom. Members of the Wu-Tang Clan, gathered in a circle and staring down at the camera, sharpness in their eyes.

For the essential rap stars of the 1990s, odds are that their defining images — the ones imprinted for decades on the popular consciousness — were all taken by one person: Chi Modu.

In the early and mid-1990s, working primarily for The Source magazine, at the time the definitive digest of hip-hop’s commercial and creative ascendance, Mr. Modu was the go-to photographer. An empathetic documentarian with a talent for capturing easeful moments in often extraordinary circumstances, he helped set the visual template for dozens of hip-hop stars. The Source was minting a new generation of superheroes, and Mr. Modu was capturing them as they took flight. 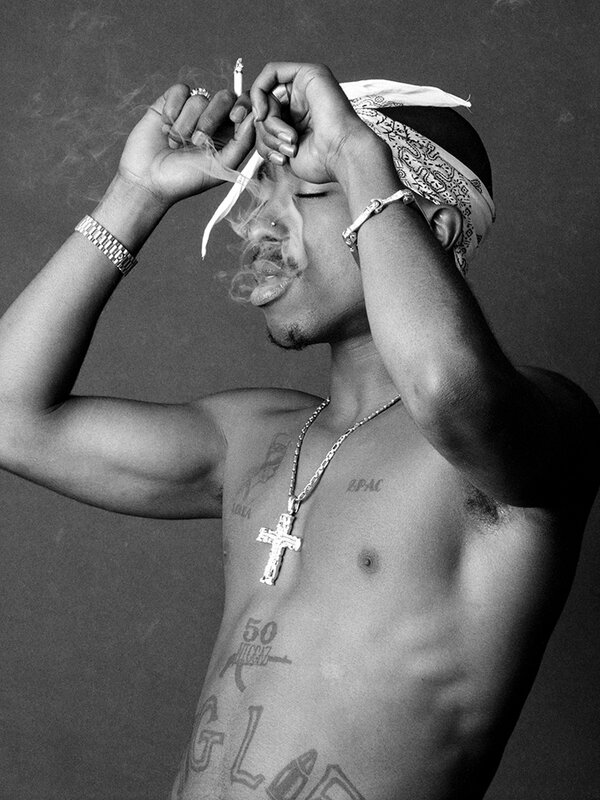 When hip-hop was still gaining its footing in pop culture and the mainstream media hadn’t quite caught up, The Source stepped into that void. So did Mr. Modu, who was frequently the first professional photojournalist his subjects encountered.

“My focus coming up,” Mr. Modu told BBC Africa in 2018, “was to make sure someone from the hip-hop community was the one responsible for documenting hip-hop artists.”

“We were pretty primitive in our look at that time, and we needed someone like him,” Jonathan Shecter, one of the founders of The Source, said.

Mr. Modu’s personality, he added, was “super cool, no stress, no pressure. He’d just be a cool dude hanging out with the crew. A lot of rappers felt he was someone they could hang around with.”

Mr. Modu’s signature approach was crisp and intimate — he rendered his subjects as heroes, but with an up-close humility. As that generation of emerging stars was learning how to present themselves visually, he helped refine their images. (He had a special rapport with Tupac Shakur, which spanned several years and shoots.)

For Mobb Deep’s album cover, he scheduled time in a photo studio, which yielded the indelibly ice-cold cover portrait of the duo. “A huge part of our success was that cover — he captured a vibe that encapsulated the album,” Mobb Deep’s Havoc said. “To see a young Black brother taking photos of that nature was inspiring.”

But Mr. Modu also spent a day with the duo in Queensbridge, the neighborhood they hailed from, taking photos of them on the subway, by the Queensboro Bridge, on the roof of the housing project building Havoc lived in. “Twenty-five years later they feel almost more important,” Havoc said. “They give you a window into that time.”

In addition to being a nimble photographer — sometimes he shot his images on slide film, with its low margin for error — Mr. Modu was a deft amateur psychologist. “He could flow from New York to Los Angeles and go into every ’hood. There was never a problem, never an issue,” Mr. Shecter said. His wife remembered Mr. Modu leaving a Jamaican vacation to photograph Mike Tyson, only to arrive and learn Mr. Tyson didn’t want to shoot; by the end of the day, via charm and cajoling, Mr. Modu had his shots.

Mr. Modu was also a careful student of the dynamic balance between photographer and subject — the celebrity was the raison d’être for the shoot, but the photographer was the shaper of the image. “The reason I am able to take control is that I am here trying to help you go where you are trying to go,” Mr. Modu told Pulse. “I’m on your team. I’m the one looking at you. You may think you are cool but I have to see you as cool to press my shutter.”

Jonathan Mannion, a friend of Mr. Modu’s and a hip-hop portraitist of the following generation, said Mr. Modu played a crucial role in establishing the presence of sophisticated photography in hip-hop. “He kicked a lot of doors off their hinges for us to walk through,” Mr. Mannion said.

Christopher Chijioke Modu was born on July 7, 1966, in Arondizuogu, Nigeria, to Christopher and Clarice Modu. His father was a measurement statistician, and his mother worked in accounting and computer systems processing. His family emigrated to the United States in 1969, during the Biafran war.

His parents later returned to Nigeria, but Mr. Modu stayed behind and graduated from the Lawrenceville School in New Jersey and received a bachelor’s degree in agribusiness economics from Rutgers University’s Cook College in 1989. He began taking photographs in college — using a camera bought for him as a birthday gift by Sophia Smith, whom he began dating in 1986 and would marry in 2008 — and received a certificate in photojournalism and documentary photography from the International Center of Photography in 1992.

He shot for The Amsterdam News, the Harlem-based newspaper, and became a staff photographer at The Source in 1992 and later the magazine’s director of photography.

After leaving The Source, he consulted on diversity initiatives for advertising and marketing companies and was a founder of a photo sharing website. And he continued to take photos around the world, capturing life in Yemen, Morocco, Cambodia, Sri Lanka and elsewhere.

Is addition to his wife, Mr. Modu, who lived in Jersey City, is survived by his mother; three sisters, Ijeoma, Anaezi and Enechi; a brother, Emmanuel; and a son and daughter.

In the early 2010s, Mr. Modu began efforts to reignite interest in his 1990s hip-hop photography, initially by partnering with a New York billboard company to display his work.

“He felt there were certain gatekeepers, especially in the art world,” Ms. Modu said. “He always said the people are the ones that appreciate the art and want the art that he had. And with the billboard thing, he was taking the art to the people.”

The billboard project, called “Uncategorized,” led to exhibitions in several cities around the world. In 2014 he had a solo show at the Pori Art Museum in Finland. In 2016 he released “Tupac Shakur: Uncategorized,” a book compiling photographs from multiple shoots with the rapper.

Working in an era when the conditions of celebrity photo shoots were far less constrained than they are now, he retained the rights to his photographs. He sold posters and prints of his work, and licensed his photos for collaborations with apparel and action-sports companies. Last year, some of his photos were included in Sotheby’s first hip-hop auction.

Years after his hip-hop picture-taking heyday, Mr. Modu still left an impression on his subjects. DJ Premier of Gang Starr — a duo Mr. Modu photographed for the cover of The Source in 1994 — recalled taking part in a European tour of hip-hop veterans in 2019. During a stop in Berlin, he heard from Mr. Modu, who was in town, and arranged backstage passes for him.

When Mr. Modu arrived, he approached a room where the members of the Wu-Tang Clan were all gathered. DJ Premier recalled the rapturous reception: “As soon as he walked it in, it was almost like a cheer — ‘Chiiiiiiiiiiiiii!’”