The claws are out! What does Camille Grammer think about Denise Richards not getting a prenup before marrying Charlie Sheen? Well, basically, she doesn’t care. In Us Weekly’s exclusive sneak peek of part one of the Real Housewives of Beverly Hills reunion, Grammer makes it clear she and Richards are nothing alike.

When Richards notes that Sheen “was almost bankrupt” when they married, Grammer has quite the response. “OK, I don’t know much about it,” she snaps. “Sorry I didn’t follow you that much.” 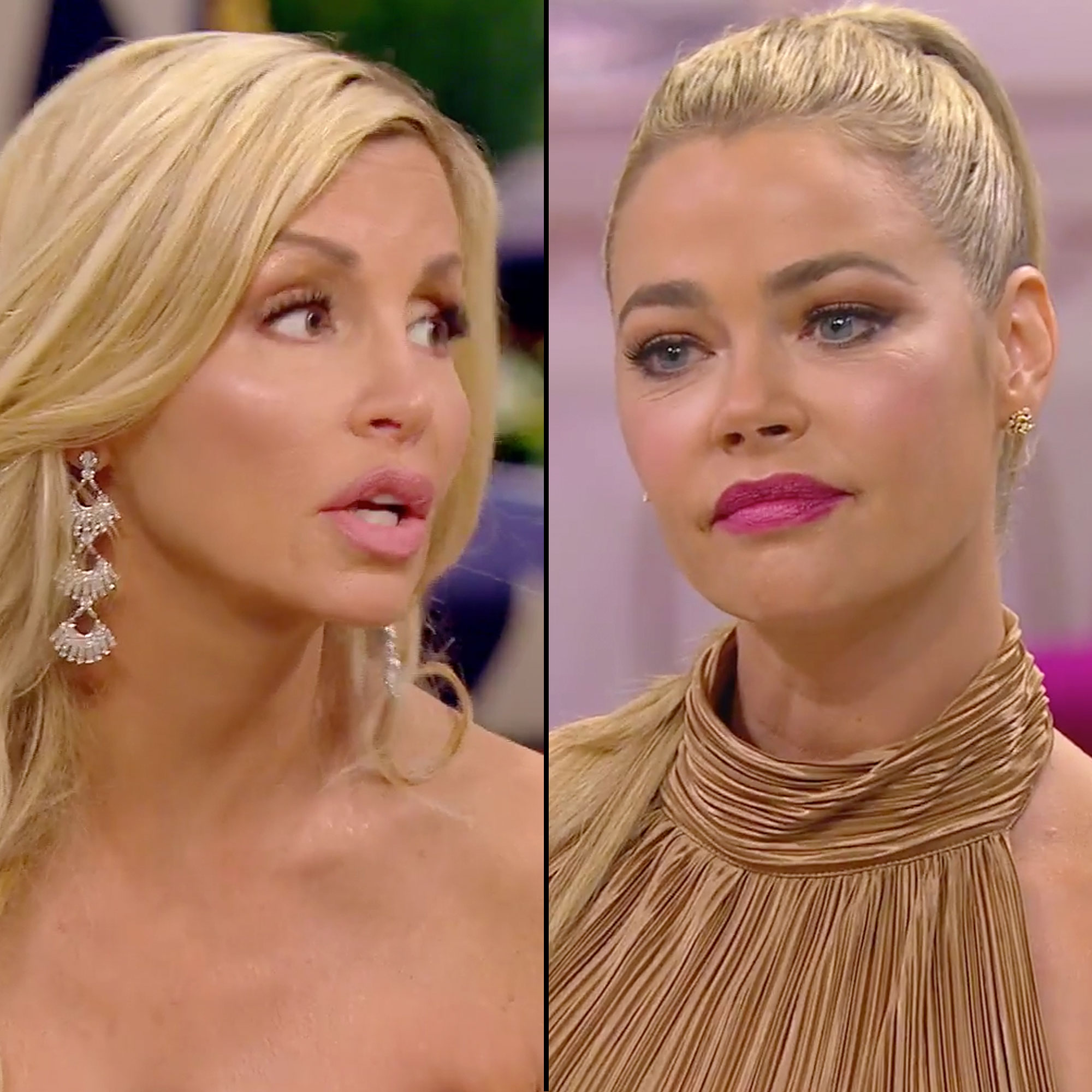 Grammer then adds, “I worked hard. I just didn’t sit back buying fancy clothes and shoving bonbons in my face. I mean, I worked hard.”

The awkward tension — which includes the Bold and the Beautiful star adding she’s “never had” a bonbon — leads to a commercial break. However, backstage, the women are not happy and head to separate dressing rooms for touch-ups.

“I think she’s just being really mean. … Maybe she’s not a happy person,” Richards says to her stylist and Teddi Mellencamp. Her stylist thinks she has the answer: “It all comes down to sex. If you’re getting laid …”