Britney Spears did not hold back when it came to her latest post on Instagram, in which she called out the paparazzi for seemingly editing photos of her bikini body. The “Toxic” singer has been basking in the sunshine in Maui and getting some much needed rest and relaxation following her shocking June 24 testimony for her ongoing conservatorship case. Spears’ recent post, however, wasn’t about what a wonderful time she’s having in the tropical location — instead, she called out paparazzi for continuing to follow her in Maui, when she should really be focusing on taking time for herself. 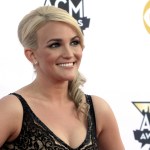 “So being here in Maui is pretty crazy now … the paps know where I am and it’s really not fun,” the pop star began the caption to her post. Her words accompanied a video, set to the 2009 Lily Allen tune “F You,” on the “Dos and Donts if you’re a fan, pap, or anyone” taking up Spears’ personal space and private time. “It’s pretty hard going anywhere cause these silly faces keep popping up to take my picture,” she continued.

“But not only do they take my picture … they distort my body and mess with the image and it’s embarrassing,” Spears further claimed in her caption. Along with some helpful pointers that Spears was more than happy to dole out to invasive paparazzi, she also shared footage of herself strutting on the beach in a red two-piece. “I know my body is not perfect but I definitely do NOT look like how they portray me. It’s rude and it’s mean so paps kindly F**K YOU AND F**K OFF,” she concluded the caption.

Spears has long been the subject of major paparazzi scrutiny, dating as far back as her rise to fame in the early aughts. In 2008, the singer had a number of run-ins with the paparazzi, who basically captured photos of the star at her lowest point. Incidentally, that was the same year that Spears’ conservatorship began. But after her June 24 testimony, it’s pretty clear that the singer just wants to have autonomy over her life again.

Before you go, click here to see stars who have been open about their struggles with depression.