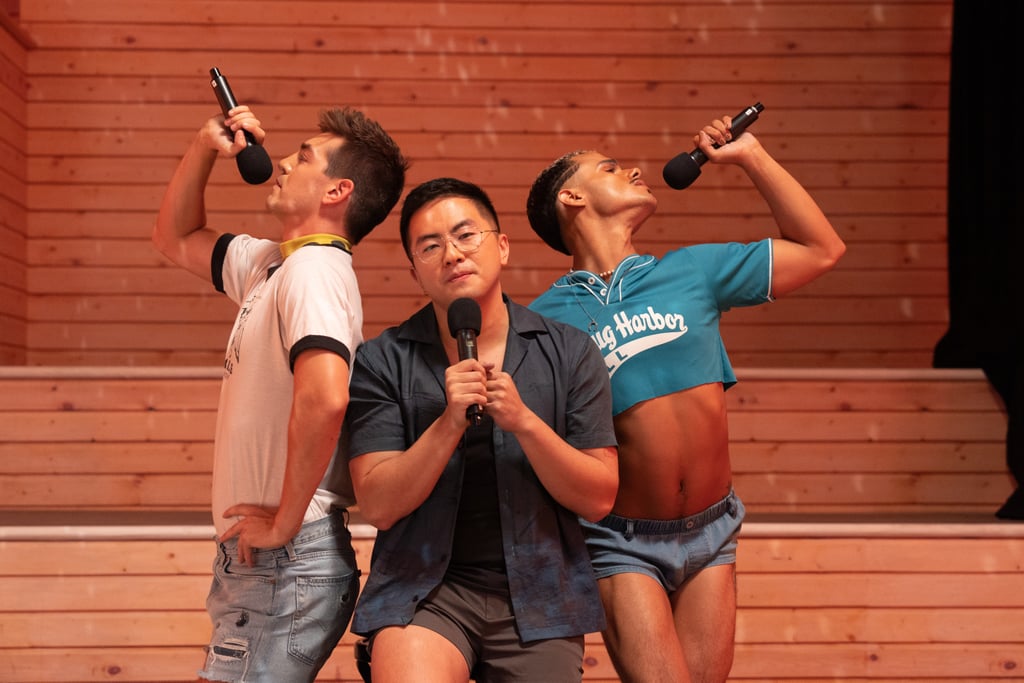 Here’s how Searchlight describes the movie: “Set in the iconic Pines, Andrew Ahn’s ‘Fire Island’ is an unapologetic, modern-day rom-com showcasing a diverse, multicultural examination of queerness and romance. Inspired by the timeless pursuits from Jane Austen’s classic ‘Pride and Prejudice,’ the story centers around two best friends (Joel Kim Booster and Bowen Yang) who set out to have a legendary summer adventure with the help of cheap rosé and their cadre of eclectic friends.”

Booster told Entertainment Weekly that the idea for the movie started as a joke with his friends. But he didn’t decide to actually try writing it until one night when he did acid. He explained, “I know it sounds so stupid: ‘You did acid on Fire Island and it changed your conception of self.’ But it really did move the needle towards self acceptance in a huge way.”

Booster said the movie was originally a more strict adaptation of “Pride and Prejudice,” but that changed as he worked on it. He said, “What really came into focus for me was it being about chosen family and, specifically, my friendship with Bowen and the connection that we have as queer Asian men in a space that maybe isn’t made for us and overcoming that. That was really powerful for me.”

Watch the trailer ahead, and read on for everything we know about the upcoming rom-com.