But, in the end, it wasn’t Storm Dennis that is battering the United Kingdom this weekend that hit the piece that appeared on the side of a property in the Barton Hill neighborhood of his home city of Bristol, southwest England, early Thursday.

Instead, overnight Friday, someone removed a protective covering and defaced with spray paint the artist’s stencil of a young girl firing a slingshot at a bunch of flowers, reported BBC Radio Bristol.

They scrawled the words “BCC Wankers” alongside a heart.

“It was a bit of a shock to see it has been vandalized already,” local resident Dan Voke, who spotted that the piece had been vandalized on his way to work early Saturday, told the Bristol Post newspaper.

“Banksy is quite a prolific artist and, for someone to be this mindless, it seems a bit silly,” he continued. “People were saying how it was going to be good for the area, bringing people in, and people are still going to come look at it, but it is upsetting.”

The Bristol Somali Community Association, located in the same neighborhood that the Post has described as “one of the most deprived areas” in the city following years of public funding cuts, described its defacing as “shocking.”

Banksy’s pieces have long been targeted, however.

His commentary on homelessness in Birmingham, central England, was in December attacked just hours after being unveiled.

Check out the video here: 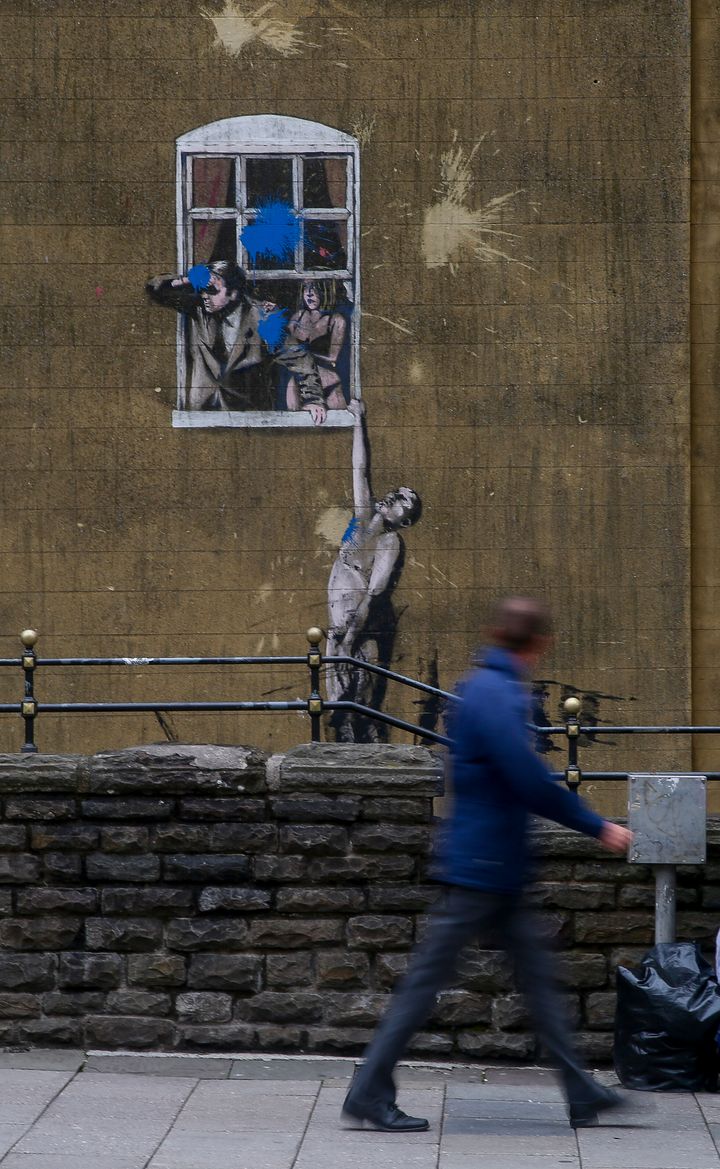 Banksy located his latest piece just streets away from the former Barton Hill Youth Center where, as a teenager in the 1980s, he attended the “Aerosol Art Project” ran by then-youth worker John Nation.

Other now-leading artists to emerge from the initiative include Cheo, Inkie and Jody Thomas, who garnered global acclaim last year with his gigantic mural of Swedish climate activist Greta Thunberg.