Shocking absolutely no one who experienced a queer awakening to Chris O’Donnell’s bat nipples, Robin’s sexuality is finally being explored in a new Batman comic.

In the most recent issue of DC Comics’ monthly anthology series “Batman: Urban Legends,” Tim Drake, the latest young man who fights crime alongside the Caped Crusader as his famous sidekick and mentee Robin, comes out as bisexual.

LGBTQ fans have for years claimed the Boy Wonder as one of their own. Robin, however, has been canonically heterosexual in his 81-year history across comic book pages and onscreen, where he’s been paired with many a female love interest ― and, much to the dismay of many, never Batman.

But, in the new iteration of the character, Robin is crushing on old friend Bernard Dowd, who is captured by the story’s big bad while the two are reconnecting. 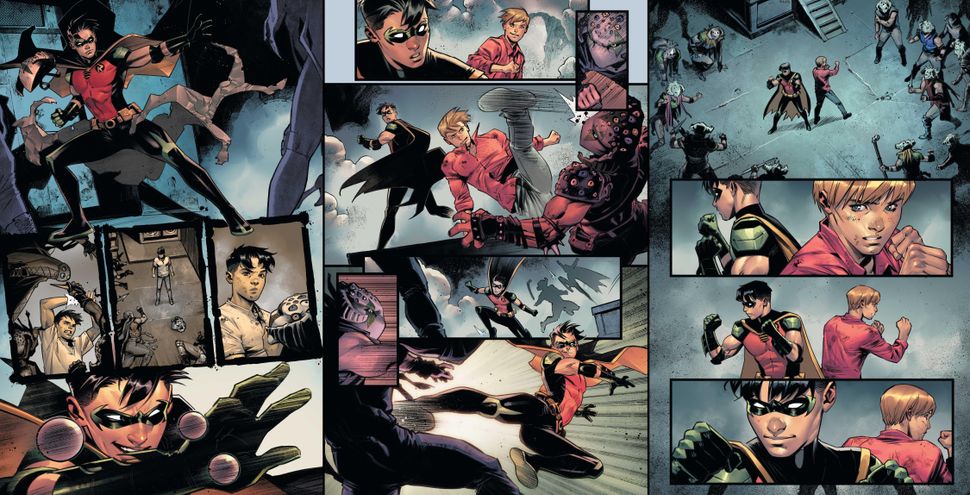 During a rescue attempt by Robin, Bernard ― completely unaware that his friend moonlights as a superhero ― confesses that the meetup was, in his eyes, a date, leading Robin to have “lightbulb moment” about his sexuality.

“Ever had a lightbulb moment? Like something out of the ether taunting and teasing you,” the character wonders in the comic. “Like you know you’re supposed to be on the same page as your brain but not everything made sense. People keep asking me what I want … But I couldn’t grasp it. Whatever it was, it always felt just out of reach. Until now. Until right now.” 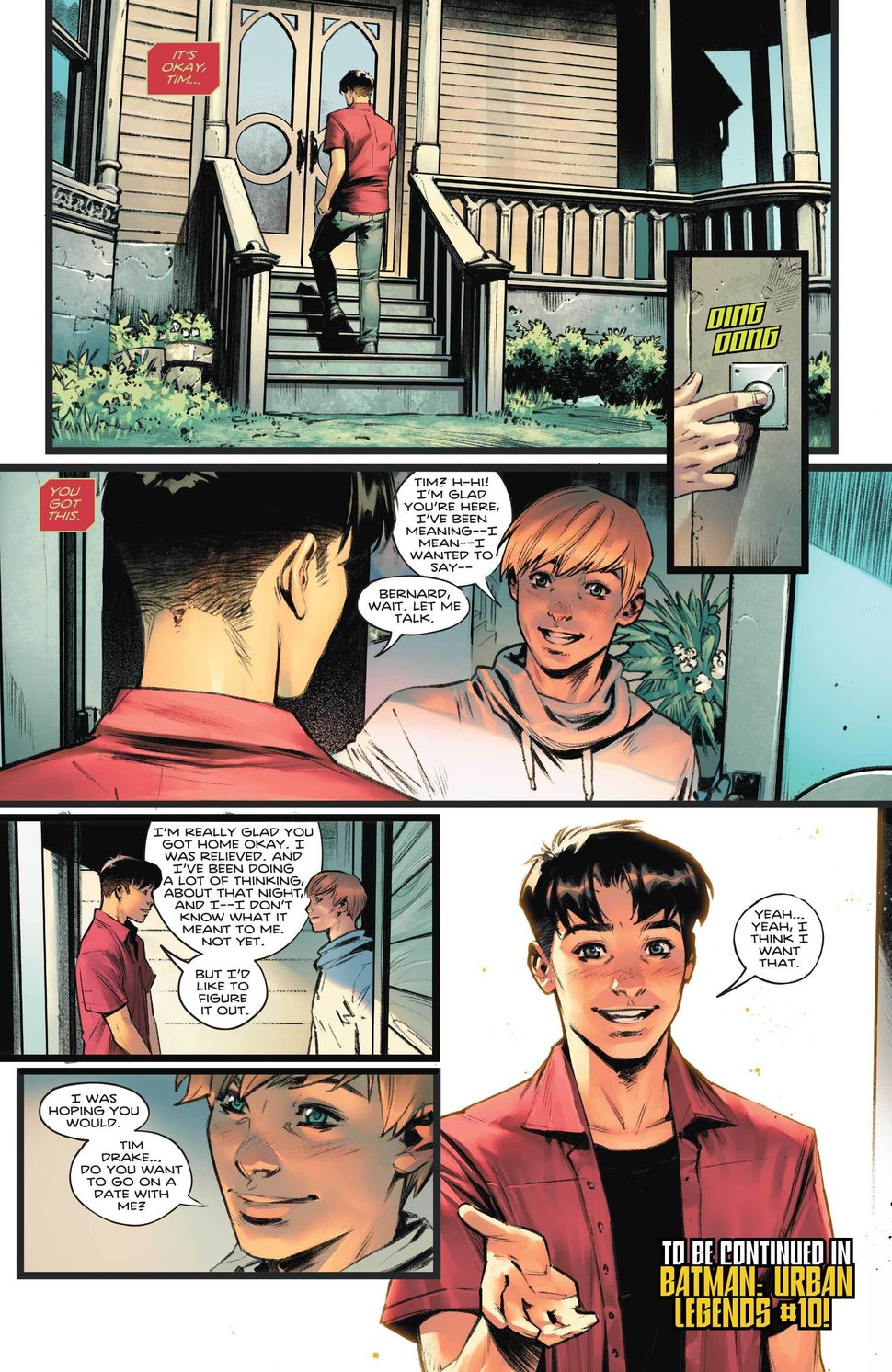 After Bernard is out of danger, Drake musters up the courage to speak openly with his friend, who asks him on a real date.

“Yeah … Yeah, I think I want that,” Drake answers with a smile.

Their story will continue in the next issue, but fans are already championing the new direction for the character, and GLAAD praised the comic for representing an underserved community.

“The quantity, quality, and diversity of LGBTQ characters and stories in comics have been growing exponentially in the past few years,” the media watchdog group wrote in a statement. “We love seeing today’s news about Robin, especially when visibility of bi men in media remains low.”

The comic book’s writer Meghan Fitzmartin said that Robin’s sexuality will continue to evolve over the next installment, and they aren’t putting a label on him just yet.

“I wanted to pay tribute to the fact that sexuality is a journey,” Fitzmartin told Polygon. “To be clear, his feelings for Stephanie have been/are 100 percent real, as are his feelings for Bernard. However, Tim is still figuring himself out. I don’t think he has the language for it all … yet.”

Fitzmartin thanked fans over social media for their support, tweeting that her “goal in writing has been and will always be to show just how much God loves you.”

Alongside some early sketches from the issue, artist Belén Ortega added her own tweet: “It’s overwhelming all the comments and love I’m receiving from you guys, thanks for your support on my very first series with” DC Comics.

Since the character’s inception, readers have long wondered about his sexuality.

Psychiatrist Dr. Fredric Wertham famously blasted the comics for the perceived homosexual subtext surrounding Robin’s close relationship to Batman. In a 1954 book “Seduction of the Innocent,” Wertham argued that comic books contributed to the moral decay of the nation’s youth, and declared the duo “a wish-dream of two homosexuals living together.” He also took issue with how fastidiously Wayne Manor was decorated, according to Slate.

Robin is the latest character to join a growing stable of LGBTQ superheroes. Months ago, Marvel announced that Aaron Fischer, a gay teenager, will take on the mantle of Captain America. Loki, meanwhile, was finally confirmed as bisexual in the Disney+ series, making him the first queer lead character in the film studio’s history.