We’re really excited about this year’s Academy Awards. Why? Because Brad Pitt snagged a nomination and that means he’s positively absolutely for sure guaranteed to attend the Oscars this year. Well, that’s been our mantra anyways. And when he does walk the red carpet we’d be lying if we said we weren’t interested to see who he’ll bring as his date. Okay fine, we’re extremely interested in who he’ll bring as his date. Pitt hasn’t shown face at the Oscars since 2014 when he and ex-wife Angelina Jolie pretty much stole the show which has us wondering who he’ll bring come Sunday evening.

We’ve also been thinking a lot about Bennifer since Pitt and Jennifer Aniston’s SAG Awards reunion which has us feeling nostalgic and uber curious if there could possibly be another chance for the power couple. And since they never actually attended the Academy Awards together maybe 2020 could be their year.

In fact, only a select few women have ever accompanied the Fight Club star to the biggest night in Hollywood…because he’s only ever been to the show himself a handful of times. It’s not his fault though, you can pretty much blame the Academy. For all of his incredible performances over the years, he’s only been nominated a few times. In 1996, he snagged a Best Supporting Actor nomination for 12 Monkeys and received Best Actor nominations in both 2009 for his role in The Curious Case of Benjamin Button and in 2012 for Moneyball.

The A-lister also accepted a gold statue for Best Picture in 2014 for 12 Years a Slave as Pitt’s production company, Plan B Entertainment, produced the film. The Big Short was also nominated for Best Picture which Pitt produced, and now in 2020, he’s up for Best Supporting Actor once again for his role in Once Upon a Time in Hollywood.

So, as we mentally prepare for who Pitt might take to the 92nd Academy Awards Sunday, let us take a trip down memory lane and remember all of his Oscars dates over the years. 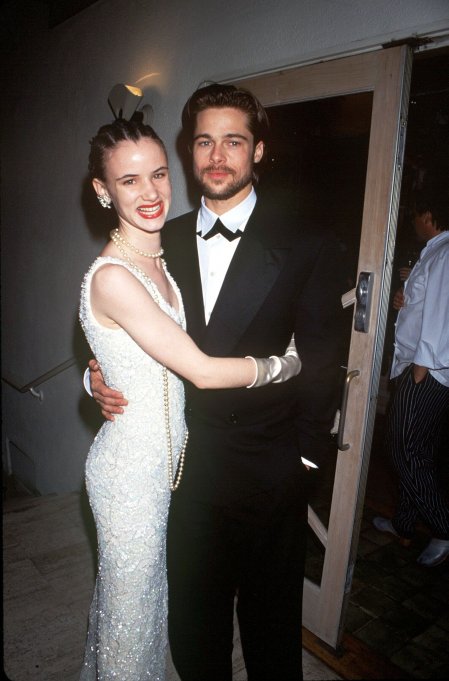 Who remembered this Hollywood duo?! In 1992, Pitt took girlfriend Lewis to the Oscars with him — and while these two never tied the knot, their outfits do look suspiciously like wedding attire. 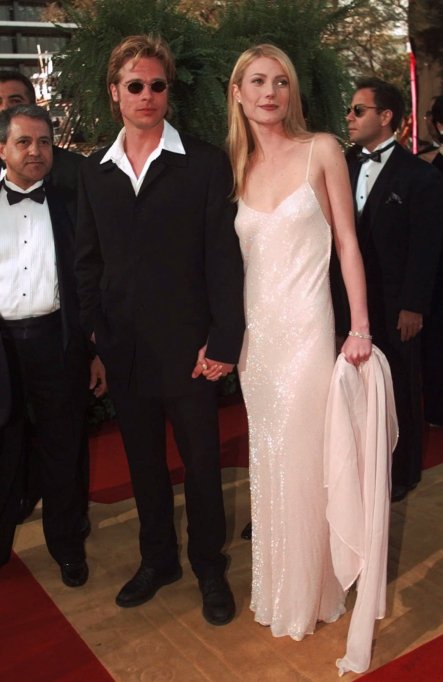 Brad Pitt and ex-fiancée Gwyneth Paltrow only made it one Oscars red carpet together. But on the bright side, they both sported a pretty unforgettable look. 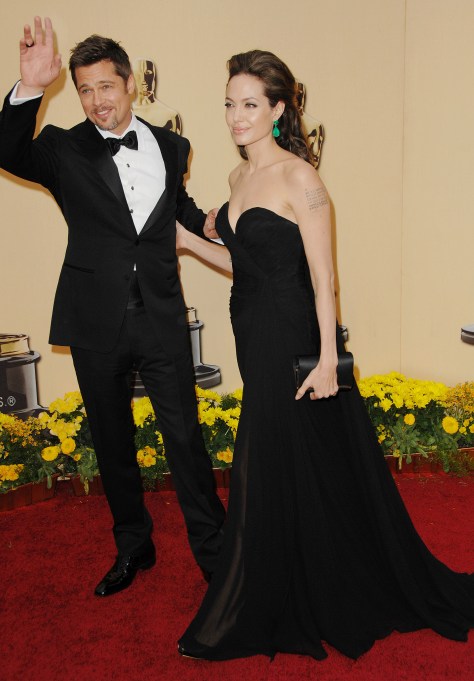 And now, the age of Angelina Jolie. Years before these two tied the knot, they cemented their status as one of the most beautiful couples to ever grace the Oscars red carpet. 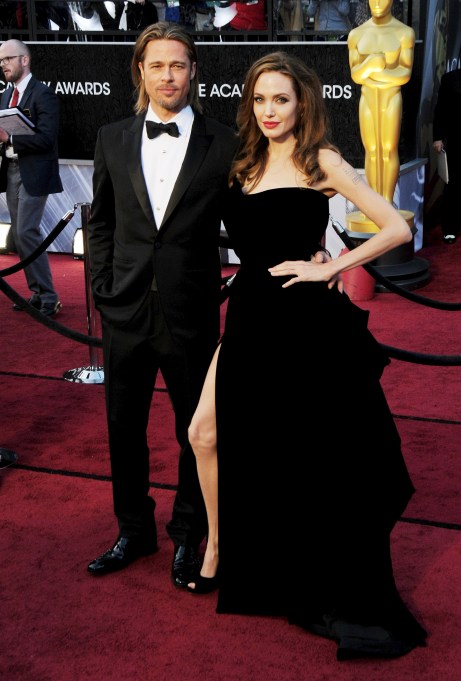 Was this the most iconic Oscars dress of all time? In 2012, we didn’t yet know about the divorce rumors, and everyone’s jaws dropped as Jolie showed off that oh-so-high slit. 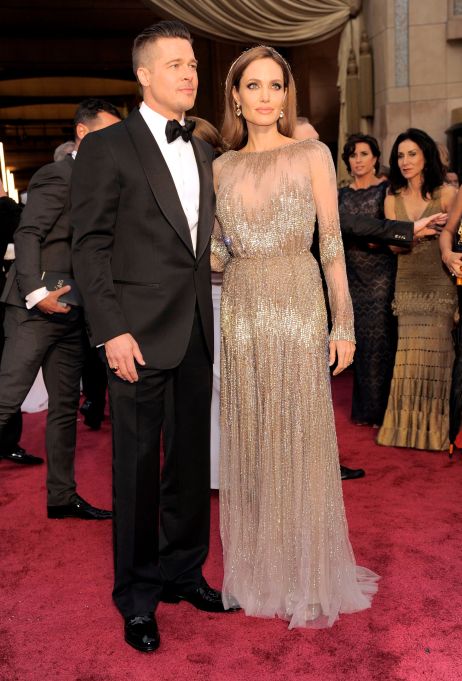 The final Oscars appearance for Jolie and Pitt came in 2014. Jolie switched up her classic black dress for a sparkly gold gown, while Pitt stuck with his classic tuxedo.