3.This girl had a Nun-themed birthday party!!!

4.These three went for a lil’ joyride:

6.THIS FATHER AND SON WERE REUNITED FOR THE FIRST TIME IN YEARS, AND I’M—:

8.The most amazing grocery delivery footage was captured:

9.This lil’ guy got dressed all by himself and simply had to share the news with his dad: 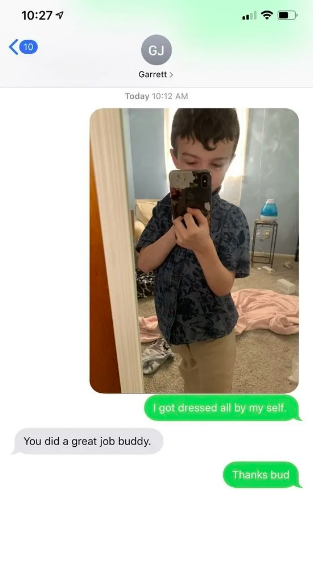 10.This smol babiño *quite literally* dapped her big brother:

13.This kid put on a very large and absorbent Band-Aid:

16.This adorable dad made an adorable community library in his fence!!!!!!!!!!

17.This stepdad got the *MOST* heartwarming gift from his daughters:

18.This video compilation just really resonated with anyone who’s ever tried to win over a cat:

20.This daughter WENT ? OFF ? in some subject lines:

23.All guinea pigs were officially renamed “genuine pigs” and frankly, I don’t care what anyone else says:

25.This grandpa proved he still had the music in him:

26.And lastly — to no one’s surprise — “Unwritten” by Natasha Bedingfield still proved to be THAT song: