Sophie Turner and Joe Jonas aren’t the only celebs having a star-studded wedding in France this weekend. Zoë Kravitz and her husband, Karl Glusman, were spotted on June 28, 2019 at Restaurant Lapérouse in Paris, arriving for their rehearsal dinner, accompanied by a slew of famous faces.

While Kravitz and Glusman surprised fans when they had a secret civil ceremony earlier this year, just like Turner and Jonas, the newlyweds invited their nearest and dearest for a big celebration in France.

Kravitz looked completely stunning as she arrived at her rehearsal dinner wearing a white beaded dress over bike shorts and a strapless crop top. The Danielle Frankel look was both bridal, and in keeping with Kravitz’s inimitable style. 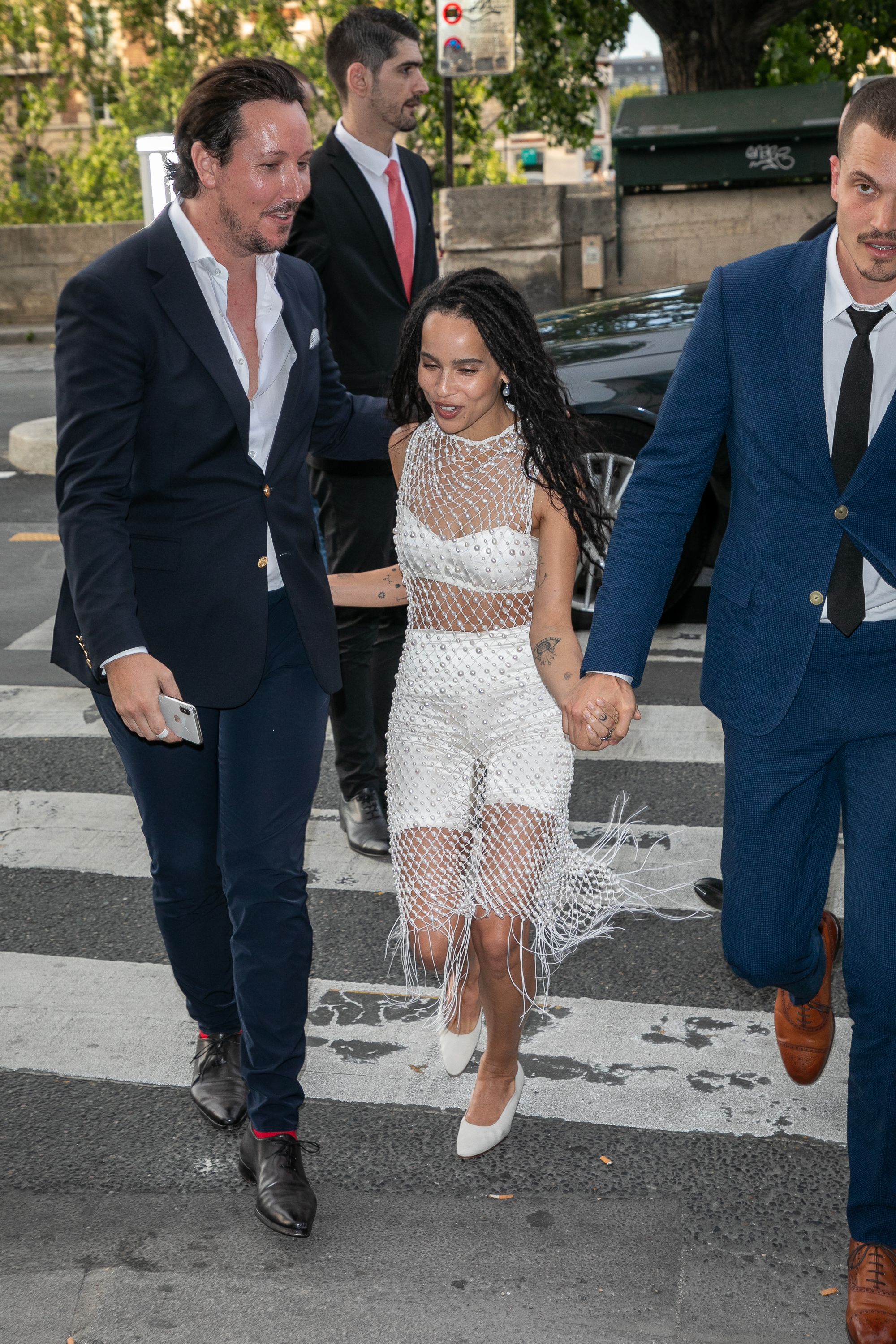 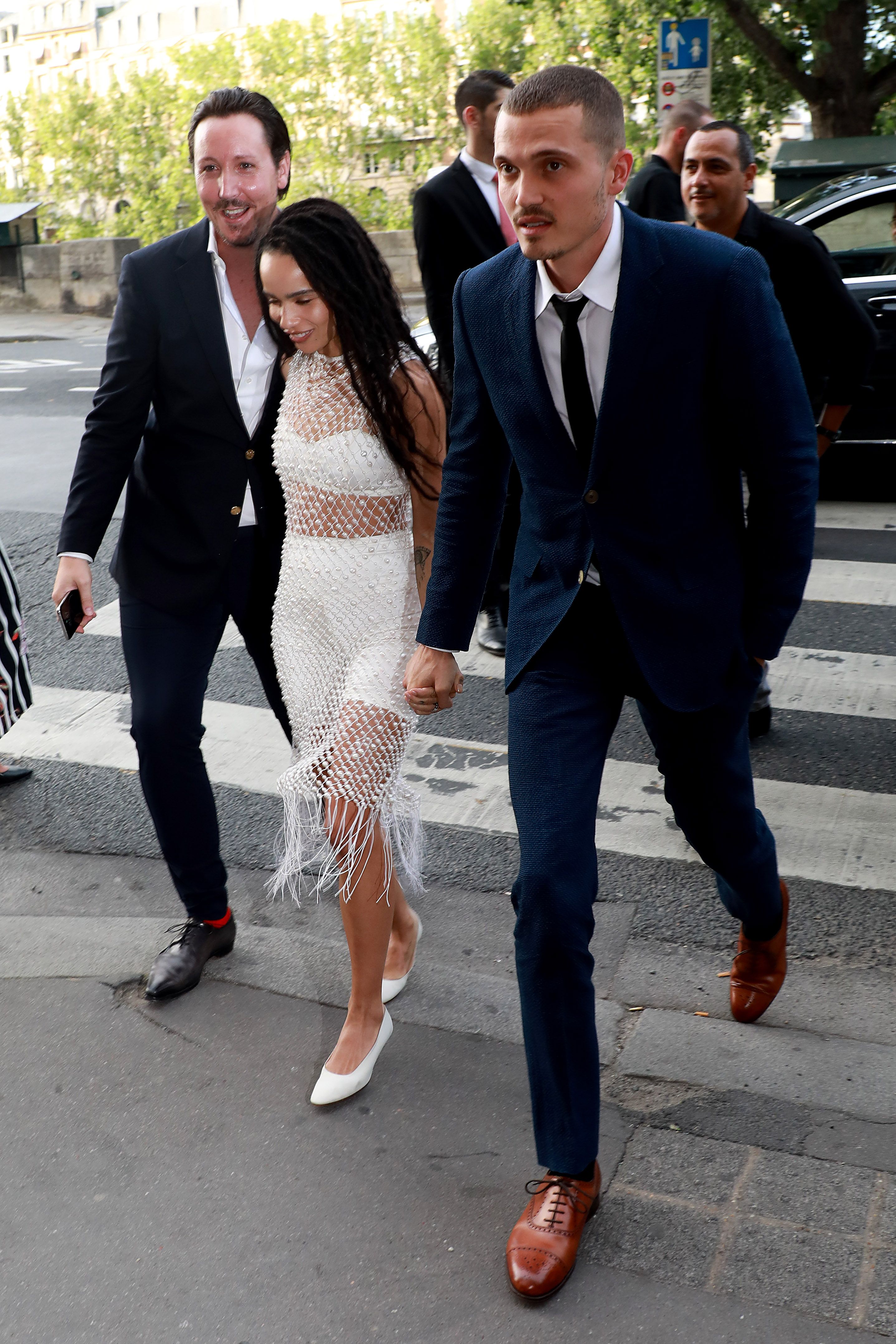 Kravitz and Glusman met in 2016 at a bar thanks to mutual friends, and they moved in together pretty soon after. Of her connection to Glusman, Kravitz told Rolling Stone, “I can be my weirdest self around him.” She even revealed that the low-key proposal took place at home: “And I love that it wasn’t this elaborate plan in Paris. It was at home, in sweatpants.”