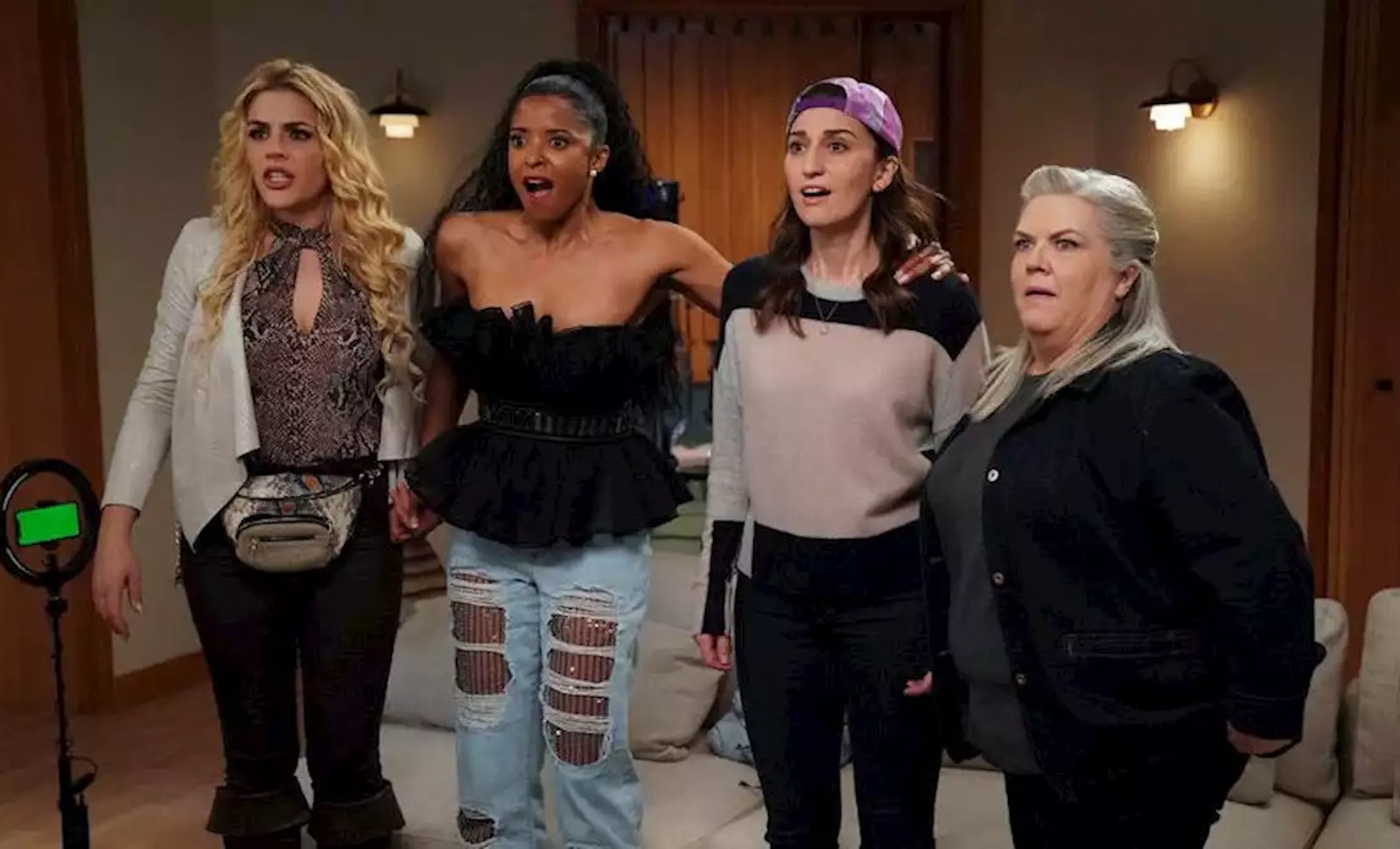 The Girls5eva reunion may not be over just yet. After the fictional ’90s girl group clawed their way back to semi-relevancy with catchy tunes and hilarious antics in the first season of Girls5eva, star Renée Elise Goldsberry dropped a hint about what’s next. Fans wondering if Girls5eva will get a Season 2 have a lot to look forward to, because Goldsberry sounds super confident that the musical comedy will be renewed.

Goldsberry plays the pop diva Wickie in the new Peacock series, one of the members of the forgotten ’90s group Girls5eva. Along with songwriter Dawn (Sara Bareilles), influencer Summer (Busy Philipps), and work-oriented Gloria (Paula Pell), the separated girl group attempts to stage a comeback after one of their old songs regains traction when its sampled by a buzzy rapper. Season 1’s eight episodes dropped in full on May 6, and although Peacock has yet to reveal whether Girls5eva will be renewed for a second season or not, Goldsberry told Collider that the chemistry between the four stars is so perfect, she’s sure Season 2 will happen.

"We don’t even officially have a Season 2, and I’m such a realist, but I have never in my life felt so good and so confident about the opportunity to keep telling this story," Goldsberry said. "I know for sure we are going to get [a second season] and no one has told me that we have. Before I saw any footage. Just because I know how chemistry works. I know how it feels. And the chemistry between us is so strong and so real."

Along with the strong bond between the show’s leads, Goldsberry also said Girls5eva‘s hopeful subject matter is another reason she’s sure it will get renewed.

"I think we need this kind of hope right now," Goldsberry said. "We need some people to dream something ridiculous. And to bravely pull it off. I just believe we need that. So, I’m confident about getting a second season, because who doesn’t want to see people keep doing that? We clearly still need it."

Since it’s only been a few days since Girls5eva premiered, Peacock has yet to announce a second season, but the network will likely reveal whether Girls5eva will keep going or end after one season in the coming weeks. Until then, fans can stream the first season of Girls5eva on Peacock now.