No celebrity couple is owning 2019 like Joe Jonas and Sophie Turner. Not only did the lovebirds tie the knot in Las Vegas over the summer, but Jonas is also leading the comeback of his beloved boy band the Jonas Brothers and Turner wowed viewers across the globe in the final season of Game of Thrones. It’s no wonder why everyone was looking for Sophie Turner and Joe Jonas at the 2019 Emmys, but unfortunately, Turner showed up to the big night solo.

Although Joe Jonas himself was not nominated for any awards at Sunday night’s ceremony, some fans thought that he would show up to support his wife on her big night. But unfortunately, his schedule just could not make it work. The Jonas Brothers had a concert in Kansas City, Missouri on the Sunday night of the Emmy Awards, so Joe had to miss out on the awards show. But even though he could not attend the Emmys with his wife, Jonas posted a note congratulating Sophie Turner on his Instagram stories, and Turner shared her love over the message in a response on her Instagram stories.

Of course, Sophie Turner’s epic TV show Game of Thrones has been nominated for tons of Emmys prior to this year, but Turner herself has actually never received an acting nomination before. With Game of Thrones now officially over, the 2019 Emmys are definitely a huge night for Turner, since she has landed her first-ever nomination in the Outstanding Supporting Actress in a Drama Series category.

And to make that specific category even more fun, Turner is nominated alongside a bunch of her costars! Lena Headey, Gwendoline Christie, and Maisie Williams are all also up for Outstanding Supporting Actress in a Drama Series, so the odds are definitely in Game of Thrones‘ favor to take that trophy. Plus, if Turner does end up losing, at least there is a good chance that it will be to one of her close friends. 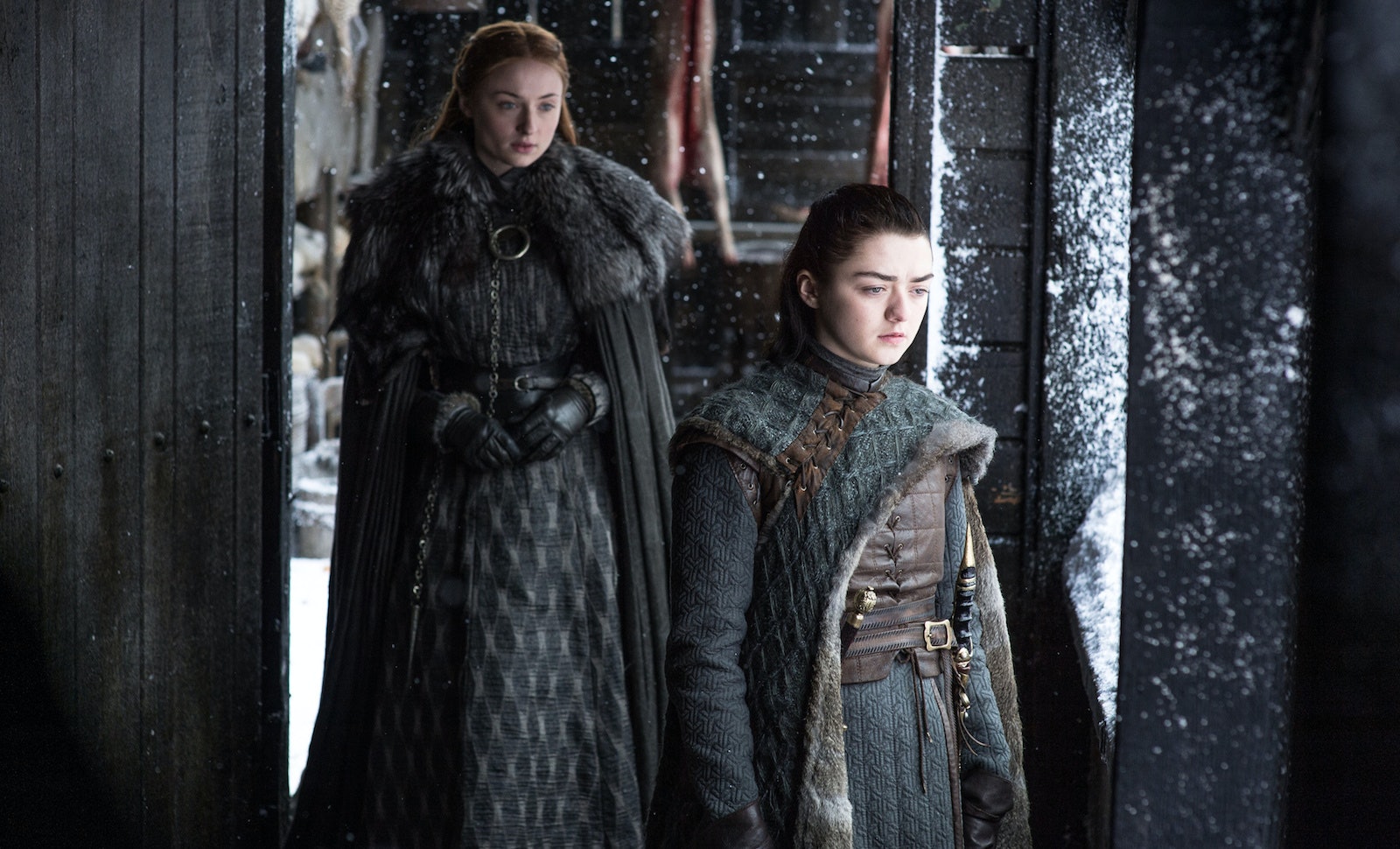 And viewers will definitely be seeing Sophie Turner even more following the red carpet entrance, seeing as Game of Thrones scored a record-breaking 32 nominations for its final season. The massive number of nominations easily makes Game of Thrones the show to score the most Emmy nominations in one year, beating the previous record of 27 nominations set by NYPD Blue in 1994. With all of those chances to win multiple trophies, viewers will definitely get to see Turner celebrating during the ceremony. She is also slated to take to the stage to present an award during the show as well.

In fact, Game of Thrones went into Sunday night’s Emmys with several trophies already under its belt. The series already won ten Creative Arts Emmys a week ahead of the Primetime Emmy Awards, leaving its 14 biggest nominations in question. Viewers tonight will find out if the fantasy epic’s final season can take home trophies in all the major acting, writing, and directing categories, as the stars and creatives behind the series are nominated in all of them. And of course, the show as a whole is also up for the big prize of Outstanding Drama Series, which it has won the last three times it’s been nominated. It sure seems like Sophie Turner and Joe Jonas will be celebrating at the end of the night, even if they can’t be together right now.