Malia Obama is boo’d up, y’all, and it seems like her boyfriend has her dad Barack Obama’s approval. During a December 2020 appearance on Bill Simmon’s podcast, the former POTUS opened up about Malia Obama’s reported boyfriend, and he had nothing but good things to say… mostly. Apparently, Malia’s BF quarantined with the Obamas at the beginning of the coronavirus outbreak in the U.S., which is a pretty big deal, IMO. "He was sort of stuck because there was a whole visa thing," Barack explained, noting his daughter’s boo is from Britain. "So we took him in and I didn’t want to like him, but he’s a good kid."

So who is this guy who has stolen Malia’s (and apparently, Barack’s) heart? Though she’s never confirmed her BF’s identity, Malia is rumored to be dating Rory Farquharson, a fellow Harvard student who she was reportedly spotted kissing at a Harvard-Yale football tailgate back in November 2017, per TMZ. A few months later, USA Today published pics of the maybe-couple reportedly strolling the streets of New York City. According to Vanity Fair, Rory reportedly deleted his social media accounts around the same time, which I don’t think is a coincidence. Malia even reportedly spent the holidays with Rory and his family in London in 2019, per the Daily Mail. 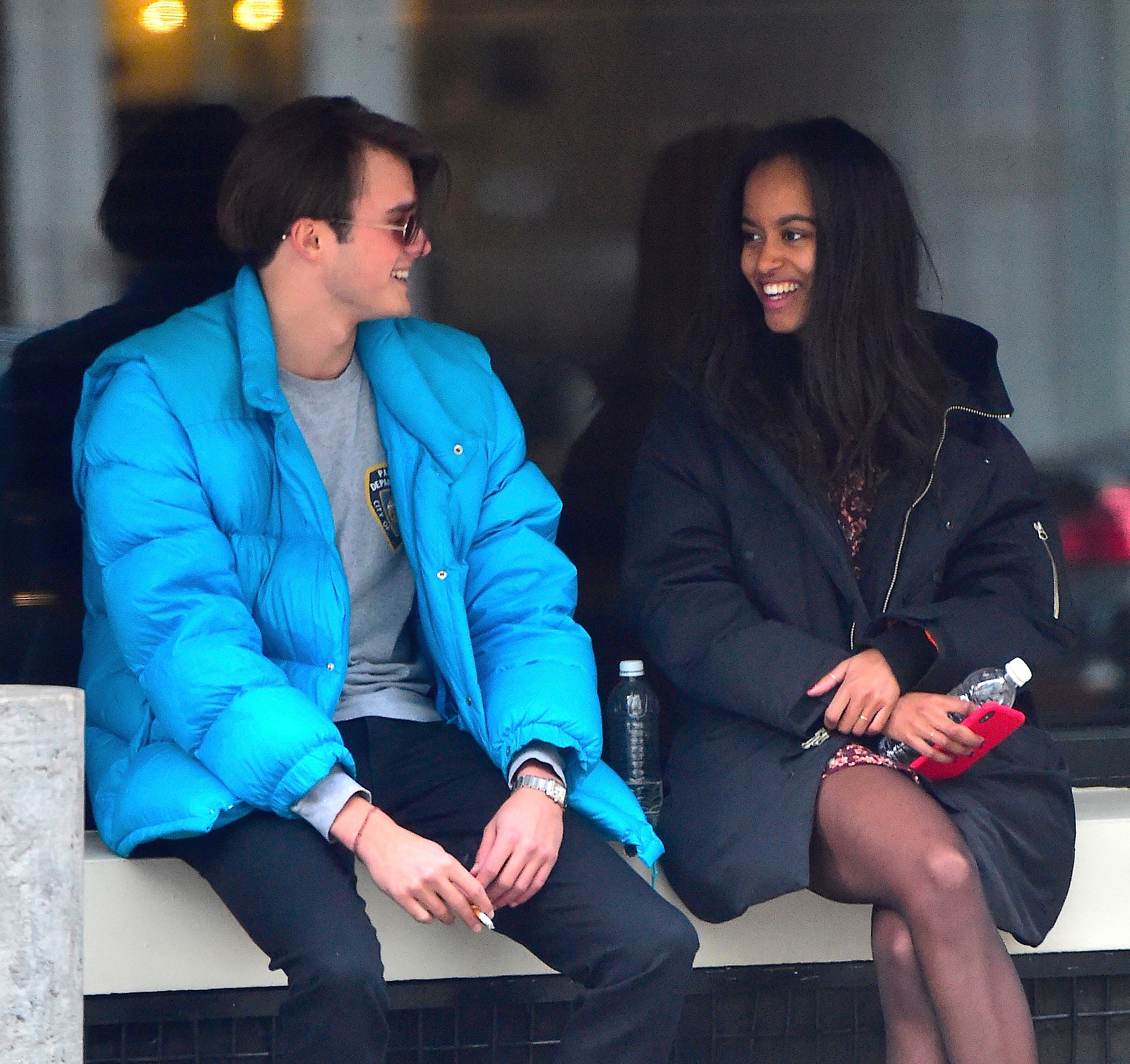 According to The Sun, Rory is the son of Charles Farquharson, who’s the CEO of Insight Investment Management Limited, and Catherine Farquharson, who’s an accountant. Before attending Harvard, Rory graduated from the Rugby School in Warwickshire, England (where he was a head boy), and he previously spent a summer interning at the Centre for Democracy and Peace Building in Northern Ireland. He’s reportedly studying law at Harvard, so it’s possible he’ll end up attending Harvard Law School like Malia’s parents.

Rory also has a surprising link to the royal family. Per Express, Rory’s second cousin, Andrew Farquharson, was a career courier who once lived at Buckingham Palace and served as Queen Elizabeth II’s Assistant Master of the Household. Andrew reportedly also served Prince Charles at Clarence House during his 10-year royal career, and the Queen was reportedly so impressed with his service she made Andrew a member of the Royal Victorian Order. V fancy!

Another fun fact about Malia’s boo: He apparently likes to eat. While staying with the Obamas during quarantine, Malia’s boyfriend surprised Barack with how much food he could put away. During his appearance on Bill Simmon’s podcast, Barack joked, "The only thing you discover — this is not a surprise to you, Bill, because you’ve got a son — young men eat. It’s weird to watch them consume food. My grocery bill went up about 30%." But despite this, Barack still deemed Malia’s BF a "wonderful young man." If he’s good enough for Barack, then he’s good enough for me!