Former President Donald Trump’s unusually cozy relationship with Russian president Vladimir Putin was a political talking point even before he won the election in 2016. Now, ahead of their first official face-to-face, people are wondering what President Joe Biden’s relationship with the Russian leader is like.

As recently as April of 2021, Trump told Sean Hannity in an interview, “I got along great with President Putin. I liked him. He liked me,” via The Washington Post. As for Putin, in an interview with NBC, the Russian president called Trump an “extraordinary” and “colorful” individual, and added that Biden was a very different sort of man.

As President Barack Obama’s VP for eight years, Biden clearly would have some experience with working with Putin, but it obviously was not the same kind of working relationship that Trump had with him. So, did Biden also “like” Putin and vice-versa? Is there much history there at all?

Biden and Putin have history 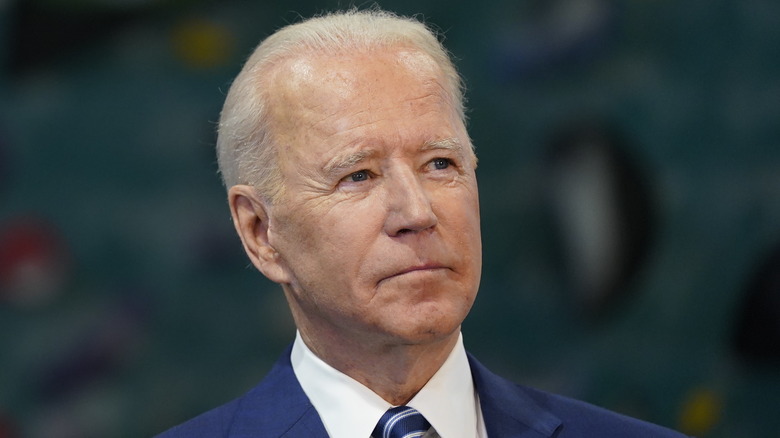 President Joe Biden’s relationship with Vladimir Putin seems about as far from cozy as it is possible to get. Which, for a president whose whole brand is about reaching across the aisle and making friends with your enemies, is saying a lot.

Biden says that the last time he met with Putin — back in 2011 when he was the vice president and Putin was prime minister — he looked the Russian leader dead in the face and said, “Mr. Prime Minister, I’m looking into your eyes, and I don’t think you have a soul,” per AP. Biden’s story goes that Putin responded with a smile and said, “We understand one another.”

Putin, on the other hand, said in an NBC interview, “I do not remember this particular part of our conversations.” What he did say about Biden in this interview was that he is “radically different from Trump because President Biden is a career man. He has spent virtually his entire adulthood in politics.”

Biden has also called Putin a “killer.” In response, Putin said on Russian state television, “I remember when I was young and I got into fights with my friends, we always used to say ‘whoever calls names is called that himself,” adding, “We always see our own qualities in another person and think that he/she is like ourselves. And coming from that, evaluate his/her actions and evaluate him/her overall,” NBC reported.

So, these two are not exactly friendly.