You know how Prince Charles is weirdly obsessed with squirrels and literally lets them scamper all over his body and live in his house? Well, apparently this dude gets his love for animals from his mom, who (as anyone who watches The Crown already knows) is obsessed with corgis…to the point where she’s basically owned a small village of ’em. Her Majesty has had at least 30 corgis since becoming Queen, and in the name of #journalism and #doggos, we’ve conducted a brief-but-cute investigation into their….like…whole thing. Because trust, it’s a lot.

Her First Corgi Was Named Dookie 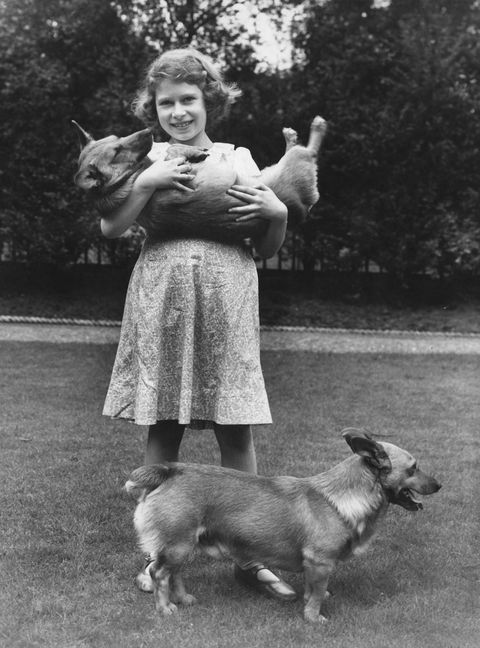 The arrival of Dookie and his fluffy friend launched the Queen’s general obsession with corgis, which, quite frankly took on a life of its own. Like, she brought these pups everywhere—including to this photoshoot with her dad who was literally king. 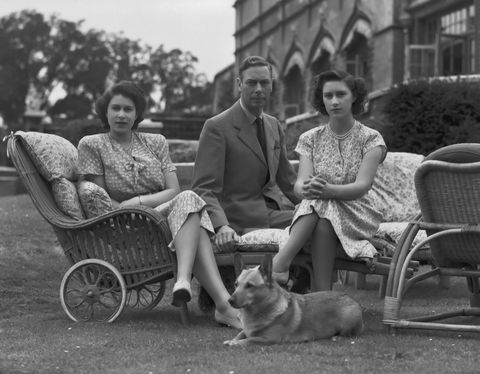 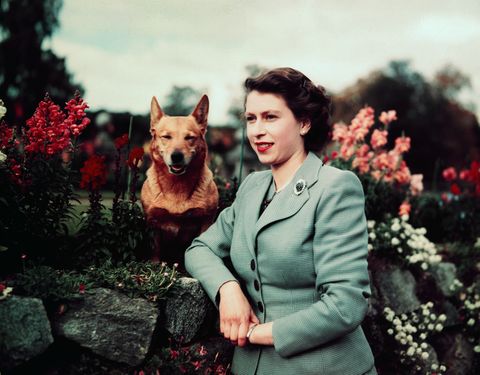 And Eventually Her Furbaby Collection Grew… 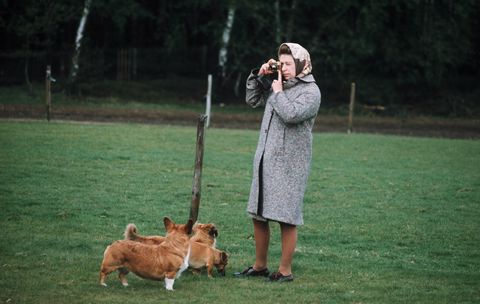 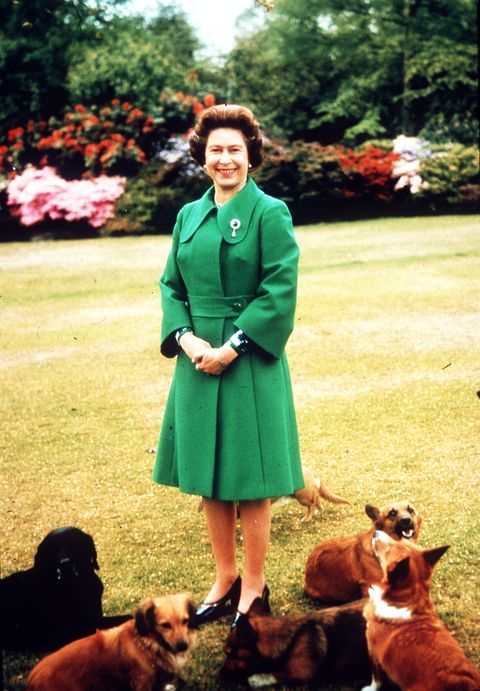 These Pups Have Verrrry Chic Lives

The Queen’s dogs live in their own special room, sleep in elevated wicker baskets, dine on meals prepared by a chef, and have their own stockings at Christmas. They are truly THRIVING. Like, look at this guy’s face: 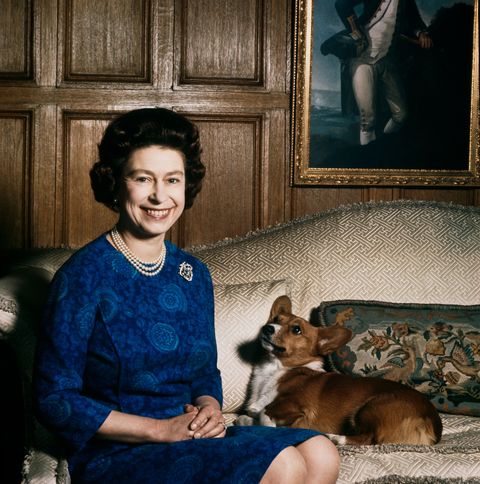 They Have Their Own Graveyard 🙁 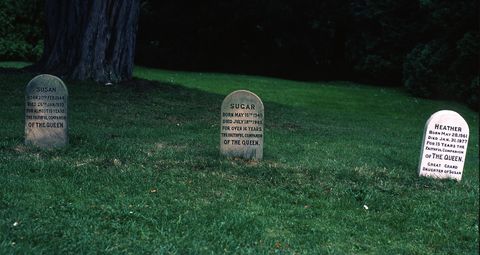 While taking a moment of silence for our dearly departed dog friends, please note the grave of Susan. The Queen was gifted Susan for her 18th birthday in 1944, and all her corgis henceforth were Susan’s descendants. Apparently, the Queen was incredibly attached to this dog—Susan even accompanied her on honeymoon. Totally normal.

And speaking of things that are normal, you might be wondering about Susan’s name. Yes, it’s deeply basic, but don’t worry, the rest of the Queen’s corgis had pretty creative names. According to Grazia, some notable monikers include Sugar, Candy, Honey, Spick, Span, Whisky, Sherry, Cider, Monty, Heather, Willow, and Tiny.

The Queen is said to have stopped breeding corgis because she didn’t want any of them to outlive her, and in 2018, her final corgi Willow passed away. Before you despair, please note that the Queen does have two dorgis (dachshund + corgi mix) left, who were photographed with her for Vanity Fair in 2016: 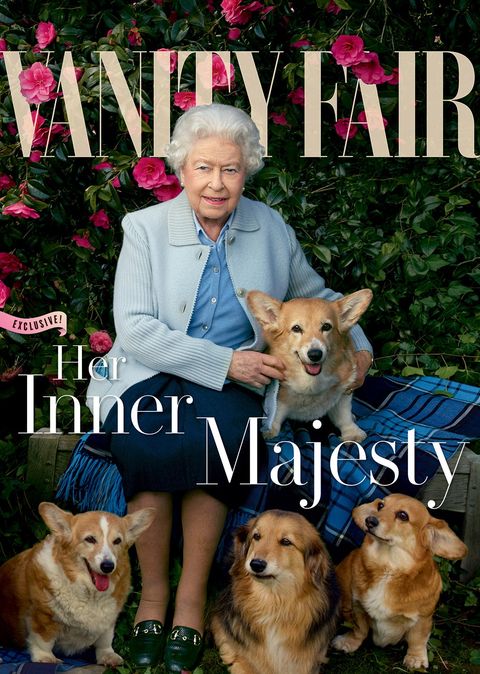 In conclusion: the Queen’s dogs are living a better, more blessed, and more glamorous life than me.