“Another great day with my brother @realtristan13,” the Philadelphia 76ers point guard, 22, captioned a Friday, July 12, Instagram post. The series of photos showed the athletes posing together with smiles and getting in a tough workout.

The 28-year-old Cleveland Cavaliers center shared the same pics on his account, writing: “Another great day of work with my bro @bensimmons.” 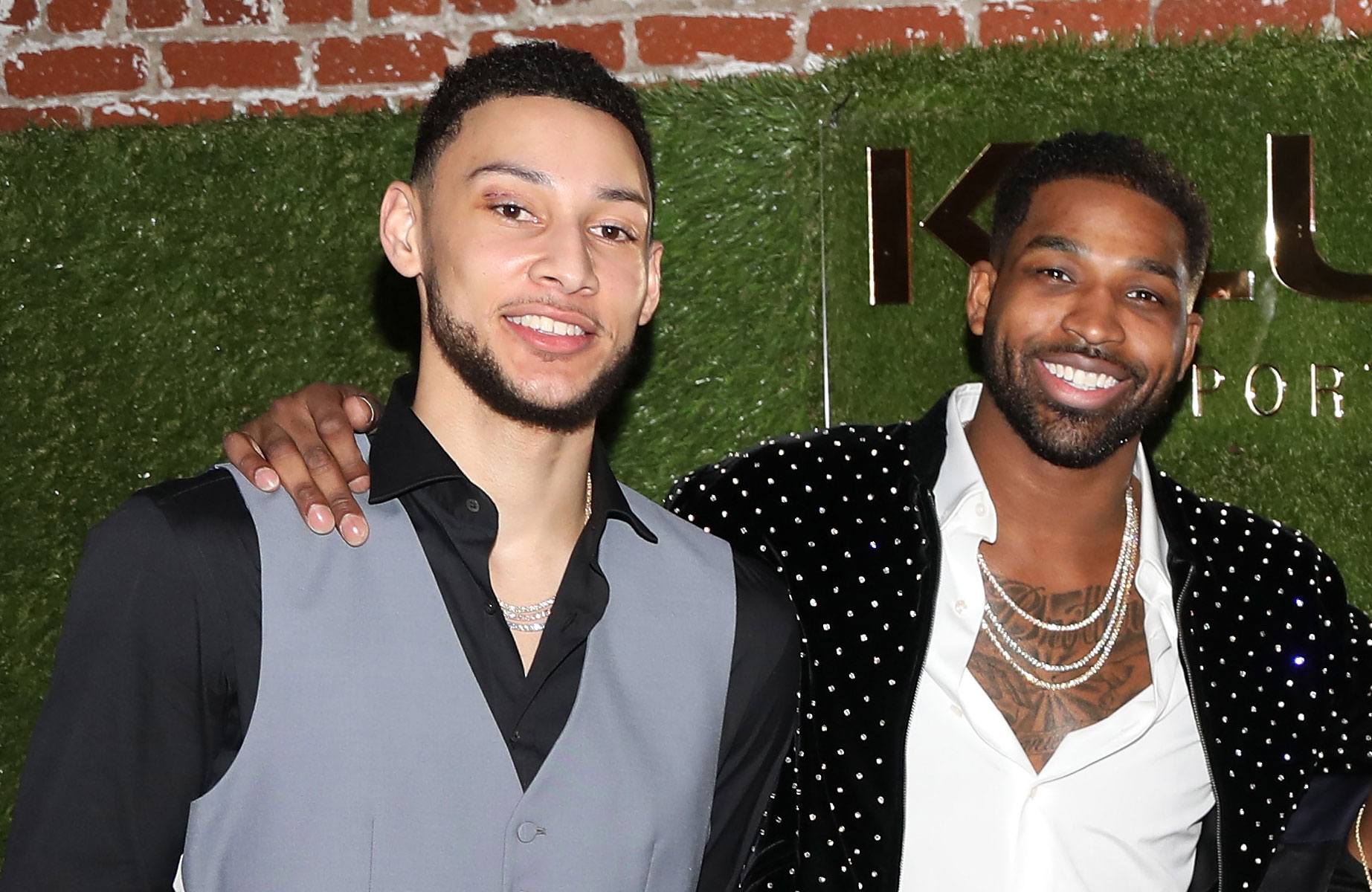 Thompson, for his part, dated Kardashian, 35, for more than two years before their February split. The Revenge Body host broke things off with the NBA player after he cheated on her with Kylie Jenner’s best friend Jordyn Woods. The Canada native previously was unfaithful while the Good American cofounder was pregnant with their baby girl, True, who is now 15 months old.

Us Weekly confirmed in May that Simmons and Jenner, 23, called it quits on their on-again, off-again romance. The twosome split for the first time in September 2018 after four months together but reconciled soon after.

Thompson and Simmons were spotted hanging out at The Highlight Room in Hollywood in June. According to an eyewitness, they were “chatting about basketball for a little.” The Australia native “was checking out some girls, but no one in particular,” while the power forward appeared to be “in a good mood” and “kept to himself in the cabana [while] trying to stay semi under the radar.”

Kardashian told Us exclusively last month that she is not ready to reenter the dating world. “I think that I’m really good at being single! I enjoy it,” she said, adding: “I don’t ever feel like I need a man to feel solid. I feel really good, so I’m enjoying spending time with True and my family.”

Jenner feels the same way. An insider revealed in May that the model “is enjoying the single life” and “doesn’t seem bothered by her split with Ben at all.” She was spotted on a yacht with the Lakers’ Kyle Kuzma earlier this month.