Tristan Thompson couldn’t help but gush over a new IG photo of Khloe Kardashian, where she was seen wearing nothing but a pair of her new Good American brand boots.

Tristan Thompson is continuing to prove that he finds Khloe Kardashian so hot. While rumors swirl that the pair might be back together, he’s letting the mother of his two-year-old daughter True Thompson know how sexy she is. Khloe shared this black and white photo of her wearing a pair of scrunchy knee-high Good American brand boots, as she’s introducing footwear to her label. The 36-year-old literally only had the boots on, going in the buff for the photo. TT couldn’t help but slide into her comments and gush about it, something he’s no stranger to doing.

The 29-year-old newest member of the Boston Celtics wrote “WOW” in all caps in the comments, along with two red heart emojis and two smiley face emojis with hearts for eyes. Sadly, he took down his flirty response as he tends to do, since some of Khloe’s die-hard fans still haven’t forgotten about his multiple cheating scandals. Even though Khloe herself has forgiven him, and the two are actually able to joke about his past infidelity now. 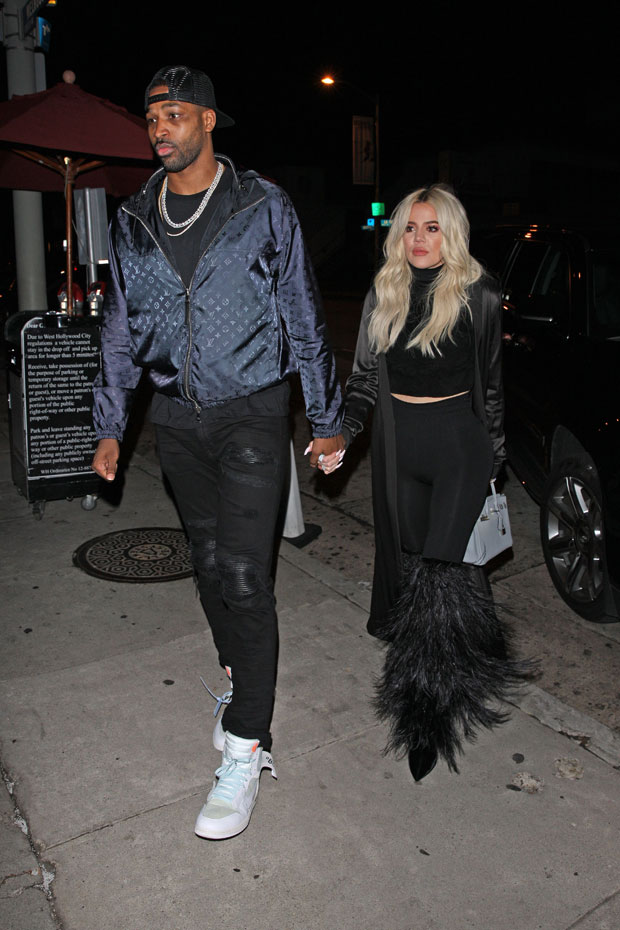 Khloe really did look sensational in her new Good American footwear photo. She sat with her right knee pulled up against her bare chest, hiding anything that might violate Instagram’s no nudity policy. The side of her bare right thigh could be see in the shot, as well as her bare left thigh, as her left leg crossed over underneath her body. Khloe’s hair was slicked back with a long braid coming down over her left shoulder, as she gazed downward.

Good American showed off the same photo in color the day prior on Dec. 1. Khloe’s body was tan and glistening, and the black boots really popped against her skin.  The caption announced, “The shoe collection you’ve been waiting for. More sizes. More widths. All the attitude. Drops 12/03. All styles available in sizes 4-14 in standard & extended widths.” But it was Khloe’s body on her IG page’s photo that Tristan couldn’t take his eyes off. 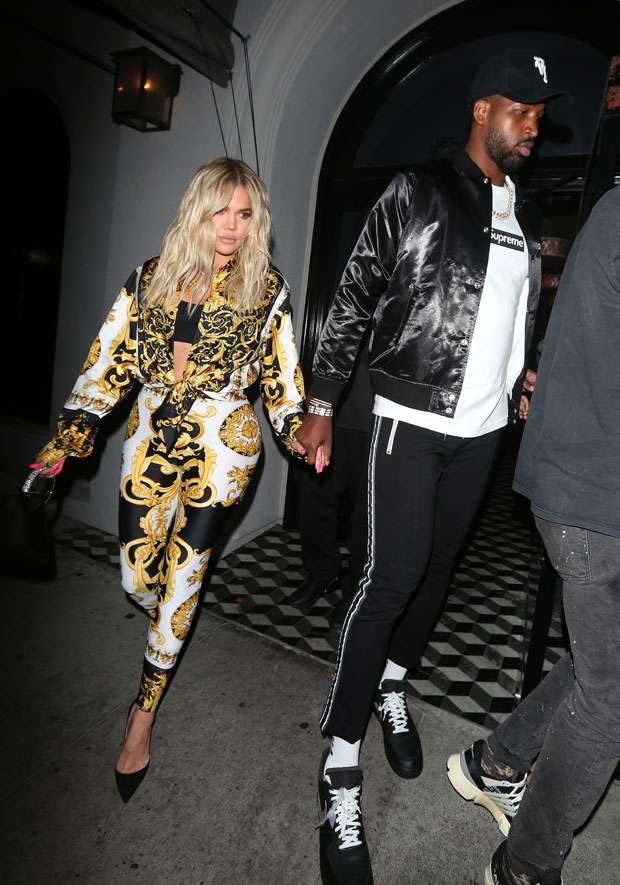 The former nine-year veteran of the Cleveland Cavaliers just signed a two year, $19 million deal with the Celtics, and Khloe has showed how proud of him she is. In his IG announcement photo heading to Boston, she left a series of green shamrock emojis in the comments. While it wasn’t red heart emojis and smiley faces with love eyes like TT gave to her, Khloe is happy that her man has found a high caliber team to join. As we previously told you EXCLUSIVELY, he’s not going to let the pair being on separate coasts interfere with how close the former couple has become following the COVID-19 quarantine.